Are fees or commission better for financial advice?

OTTAWA – There’s a scene in “The Wolf of Wall Street” where the cocaine-fuelled character of Mark Hanna, played by Matthew McConaughey, lays out the No. 1 rule about the stock markets.

Nobody knows where they’ll go.

“But you and me, the brokers? We’re taking cold hard cash via commission,” he tells Leonardo DiCaprio, who stars as stockbroker Jordan Belfort.

The over-the-top exchange illustrates why commission-based financial advisers may not serve one’s interests.

The choice between a fee-based adviser or one who gets paid through a commission is an important decision for investors.

Andrey Pavlov, a finance professor at the Beedie School of Business at Simon Fraser University, says he prefers the fee-based system. 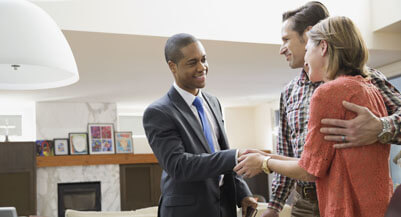 Financial advisor or accountant: Who should I trust?

“I think it is the right model because then the adviser is clearly working for you and they have your best interests in mind,” he said.

“When someone is working based on commission, they can be honest and they can very much care about you, but still they’re getting paid based on the mutual funds they sell you and I don’t like those incentives.”

Fee-based advisers may charge an hourly rate, a flat fee or a percentage of the assets under management, while commissioned-based advisers earn a commission when you buy or sell an investment.

Pavlov says while “99.9 per cent” of advisers will act in your best interest, commissions create a potential conflict of interest.

“With fee-based it is very clear what you’re paying and the incentives are aligned,” he says.

Pavlov says the fee-based model is going to be more efficient for larger accounts, but he likes it for smaller investments too because he says it aligns the incentives.

“I want to pay for the time and effort that the adviser (puts in) rather than some sort of sales job that I’m not even aware of,” he said.

But a fee-based adviser isn’t for everyone.

Sybil Verch, national director of wealth management at Raymond James, says the vast majority of her clients are fee-based.

But Verch said a commission-based account may be cheaper for clients who don’t trade much and don’t need the financial planning services an adviser may offer. 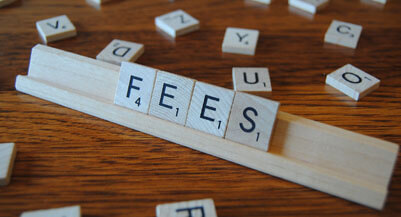 Investors, advisors, welcome to the age of transparency

“Then they just pay when they’re actually executing on a trade and they don’t need any other services,” she said. “However, the average client and the majority of Canadians, I think need a little bit more than that.”

Fee-based financial advisers aren’t without their potential conflicts. For instance, if you receive a windfall inheritance, fee-based advisers who earn a percentage of the assets under management would be paid more if you invested the money with them than if you used it to pay off a mortgage or other debt.

There are also limitations to fee-based accounts. Most firms limit the number of trades one can make in a year and charge more if clients go over that number.

For people who have a fee-based adviser, it is important to ensure they get value for their money, Verch said.

“If you’re going to pay a flat fee for services based on the value of your account, the client needs to ask the adviser, ‘What exactly can I expect in terms of services?’” she said.

“The client doesn’t want to get into a situation where they’re now paying a flat fee every year, but there’s no activity. There’s no trading, there’s no financial planning, there’s no regular communication.”