Ethereum investors can potentially earn passive income by staking their coins. Here’s how ethereum staking works and how to get started. 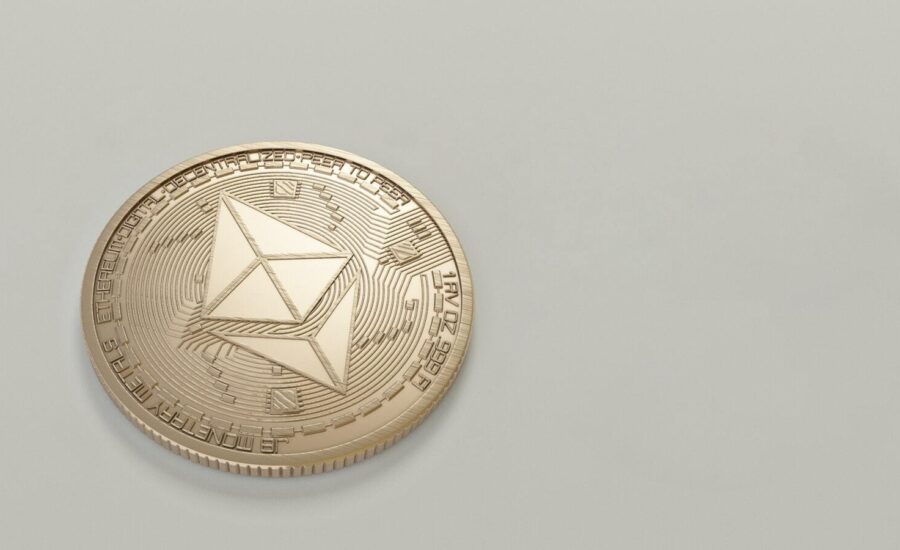 Photo by Moose Photos from Pexels

If you follow crypto at all, you know that ethereum (ETH) is the second-largest cryptocurrency after bitcoin, accounting for about 18% of the crypto market’s total capitalization, as of late May 2022. What you might not know is that investors in ETH can increase their potential gains by staking their coins. Let’s take a closer look at Ethereum and how to buy and stake ETH.

Ethereum is an open-source, decentralized and programmable blockchain that was launched in 2015, based on a white paper published by computer programmer Vitalik Buterin two years earlier. Ethereum builds on the principles and technology of bitcoin but offers expanded functionality, including smart contracts, decentralized apps (dApps) and non-fungible tokens (NFTs).

So far, there are nearly 3,000 Ethereum-based dApps, which are applications that run on decentralized blockchains and don’t rely on a trusted third party to function. These dApps are in sectors including:

How does ethereum staking work?

To understand ethereum staking, we first need to understand how blockchains verify transactions.

Ethereum is a decentralized technology, meaning that the code of the Ethereum software is run on a multitude of computers all over the world (nodes) rather than by one corporation. By running a node, each of these computers plays a part in keeping the blockchain functioning securely. There is no centralized authority that makes decisions for the entire network. Rather, the nodes of this peer-to-peer system must reach a consensus on major decisions that affect the blockchain. The two most common “consensus mechanisms,” or validation methods, are proof-of-work (PoW) and proof-of-stake (PoS).

In PoW, nodes called “miners” compete against each other to solve a cryptographic puzzle in order to verify transactions and create new blocks. The node that solves the puzzle first is rewarded with coins. PoW requires expensive, dedicated hardware to run energy-heavy computational algorithms.

In the case of PoS, coin holders stake, or lock up, their coins to contribute to the computational power the network needs to validate transactions and create new blocks. So, with PoS, a blockchain can achieve consensus without the need for pricey mining computers or enormous amounts of energy.

Ethereum uses the proof-of-work mechanism also used by bitcoin. However, to increase the efficiency of the system and reduce the network’s computational and energy requirements, Ethereum is transitioning to PoS. This transition will be complete with “The Merge.” That’s when the Beacon Chain—the blockchain that introduced PoS to Ethereum—merges with the Ethereum Mainnet. This is expected to take place in 2022, but the timeline isn’t certain.

Staking ether lends support to the Ethereum network. In return, stakers are rewarded with more ETH. For crypto investors, this opens up the possibility of earning a passive income of about 4% to 5% per year, based on current estimates.

Most retail investors don’t have 32 ETH or the technical know-how to set up a validator node. Here are three other ways to stake your ETH:

What are the risks of staking ETH?

Before you stake ether on your own or as part of a pool, consider these risks:

Where to buy and stake ETH in Canada

You can buy ETH in Canadian dollars and stake it on a crypto trading platform like NDAX, which is a fully regulated and compliant platform offering a large selection of coins and a growing number of staking options.

NDAX has a competitive transaction fee of 0.2%, and it does not apply a spread or any other markups. Its deposit options are free, and withdrawals cost $4.99 flat. The platform provides customer service via live chat, email and phone, with a response time of 24 hours for messages received off-hours.

Staking on NDAX is easy to set up and track, and the platform follows robust security standards to ensure the safety of users’ assets. For its pooled staking service, NDAX charges users 20% of the ETH rewards generated.

How to buy and stake ETH on NDAX

Understand the risks of crypto investing

Cryptocurrencies can be exciting to invest in, but remember that they’re still an emerging asset class, and their prices can be very volatile. Before you invest, research your options and consider whether crypto fits with your overall investment strategy, risk profile and investment goals.

If you decide to buy and stake your crypto, do your own research, review service providers’ staking terms and conditions carefully, and understand the risks involved.