Making sense of the markets this week: April 17

How Canada’s new budget will affect your first housing down payment and the value of our banks. Plus, context for Shopify and Twitter stock moves. 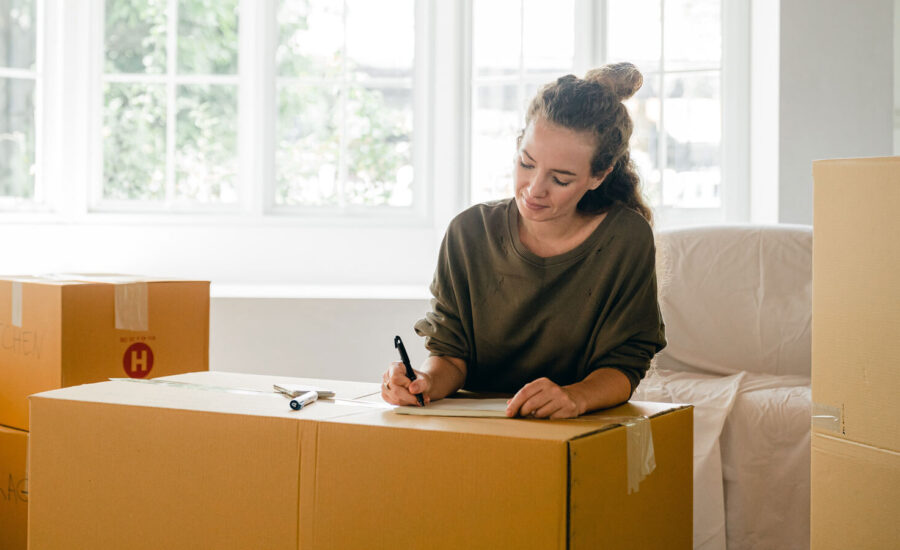 If a TFSA and an RRSP had a child: The new FHSA

As part of the 2022 budget, the government unveiled its new tax-free first home savings account (TFFHSA, but I prefer FHSA as it’s less of a mouthful). And it will be a great way for first-time homebuyers to save up part of their down payment. In a nutshell, here’s what to know about the FHSA:

Who’s the FHSA good for? It will be a boon to savvy savers who are desperate to get on the housing ladder. But critics are quick to point out that it doesn’t do much to help Canadians who were having a difficult time saving in the first place.

One strategy future homebuyers may want to embrace is to use some money currently in their TFSA to top up their new FHSA over the next few years, then bank the contribution room in their TFSA for use in the years to follow.

Note: In regards to the TFSA contribution room, it doesn’t get “re-calculated” until the following calendar year, so make sure not to overcontribute as you save.

Also introduced in the government’s budget was the promised “bank tax” (referred to by the government as the Canada Recovery Dividend, plus the windfall tax). It’s not just for banks, but insurance providers too. The new revenue measures consist of two seperate bills Canada’s financial institutions will now need to pay:

Given the important role that Canada’s financial institutions play—not only in our personal investment portfolios, but also in our pension plans—the implementation of the Liberal campaign promise is being watched very closely.

While many bank and insurance stakeholders were quick to denounce the new taxes as sending a hostile message to potential investors around the world, most analysts downplayed the real impact, speculating that the tax measures will likely only reduce bank valuation targets 1% to 3% in 2023.

“The tax collector is not grabbing as much as we feared.”

Here’s the thing: The corporate tax rate the CRA places on banks doesn’t really impact after-tax earnings all that much. I know that sounds illogical, but hear me out.

Economists like to talk about concepts called tax incidence and elasticity. One might say, “Canada’s banking industry is very inelastic, thus placing a high tax incidence on consumers.”

To translate into layman’s terms: You have nowhere else to go—and the banks know it—so they’re going to pass the vast majority of those increased costs right on to you, so the shareholder bottom line stays about the same.

But here’s my perspective: Canadian banks are highly profitable companies. The increasing interest rates we are seeing should increase their profits substantially due to increased space to make money on savings-vs-loan interest spreads. The industry is so confident in their revenues that the banks are hiring more employees than ever before.

Plus, it’s worth noting that many Canadian financial insurers make a sizable portion of their revenues outside of Canada and that investors had already factored in this tax to a large degree when the Liberal Party won the last election.

In short: I’m not worried about it, and you can see my take on investing in Canadian bank stocks for more on the topic.

Shopify, Canada’s largest tech company, was in the headlines this week, announcing a 10-for-1 stock split that included some interesting provisions for founder and CEO Tobi Lütke.

Stock splits (increasing the amount of shares available) are always interesting to me in that they seem to be a surefire way to generate positive news and stock momentum (as evidenced by recent splits involving Apple, Google, Amazon, and Tesla), yet it doesn’t really make logical sense.

I explain stock splits to my business class using a pie analogy. (Now that I think about it, 80% or more of my analogies are food related. I might have a problem.) If you owned a big piece of the Shopify pie and then someone came and cut your pie up into 10 smaller pieces, do you have any more pie?

Obviously, the answer is no.

So why then are your new collective 10 pie pieces suddenly worth more than the original pie piece was? You own the same percentage of the same company that earns the same profits!

Here’s a non-food description for you numerically inclined folks out there:

The argument for share prices rising after a stock split is that the new share price makes it easier for smaller investors to purchase, so the whole “original piece of pie” is in fact more valuable.

I’m not sure I totally agree with that logic given the market’s recent ability to buy partial shares, and the relatively small amount of the market that is driven by people who even notice share prices. I think it’s much more likely that speculation caused by self-fulfilling prophecies is what inevitably guides this upward momentum after a stock split.

In case you’re interested in purchasing the stock before it splits, the split will occur on June 29, 2022. You must be a shareholder of record before the end of the day on June 22, 2022 to take part.

It’s worth noting that Lütke secured a “founder share” for himself, guaranteeing him a separate class of share and allowing him to keep his current voting power. It doesn’t really mean much to the average investor, other than perhaps maybe inspiring some confidence that the original brain behind the superstar company is still behind the wheel for the foreseeable future.

Don’t get your stock tips from billionaire Twitter trolls

One of my favourite financial commentators is Ben Carlson. He wrote:

“There are three rules that I live by:

Carlson’s theory is that billionaires are going to see their money and investments differently than you would. Their advice and thought process is almost completely divorced from our reality.

Elon Musk purchased 9.2% of Twitter for an estimated US$2.9 billion. This represents roughly 1% of Musk’s US$288 billion net worth.

This means that if you have a net worth of CAD$329,000 (Canada’s 2019 average), it’s likely that a nice winter vacation cost you a larger percentage of your net worth than Musk’s Twitter purchase.

The above point actually underestimates how much less Musk will “feel” a 1% spending spree versus the average person. It will be almost impossible for Musk to actually spend the money that he has. He is so wealthy that eliminating half of his net worth would be almost completely irrelevant to living whatever lifestyle he wants. That’s not so for most of us!

Many investors saw Musk’s purchase as a stamp of approval on the overall company direction, and shares skyrocketed by 22% in early trading that day (making his US$2.9 billion investment worth US$3.5 billion post-tweet for those of you keeping score at home).

Who knows what portion of that gain is algorithmic trading that tracks online traffic, or simple speculation by people who know that Musk seems to generate positive stock movement just by mentioning a company or currency at this point.

At the end of the day Musk clearly likes to let off steam in ways that can charitably be described as unique and thought provoking.

Considering how much joy Musk gets from sharing his thoughts with his nearly 81 million followers, it’s quite possible Musk bought a big chunk of Twitter simply to protect his personal entertainment value on the platform.

At the end of the day, I find it hard to believe that a fellow who is busy revolutionizing the car, solar and space travel industries is going to have a lot of time to substantially change a platform that seems like a pretty mature product at this point.

It appears that the market generally agrees that we might have got a bit ahead of ourselves and might come back down to Earth.

As always, the lesson is not to let the currents of billionaire whims and headline sensationalism unmoor your long-term investment strategy.

For more on why Musk running his own social media platform may not be such a great idea, The Daily Show has a so-funny-it-must-be-true take.

Also, Reuters just announced Musk is making a US$41 billion cash offer for the entirety of Twitter. The offer of US$54.20 per share was disclosed Thursday, and is a 38% premium to Twitter’s April 1 close date. Twitter shares again soared as a result. One shudders at the possible geopolitical implications if this closes. Imagine that Musk reinstates Trump on Twitter and how that might impact the war in Ukraine.