Making sense of the markets this week: March 27

War is resketching the world’s trade map. Smart ETFers are looking for value. And will there be a lost decade for the 60/40 balanced portfolio? 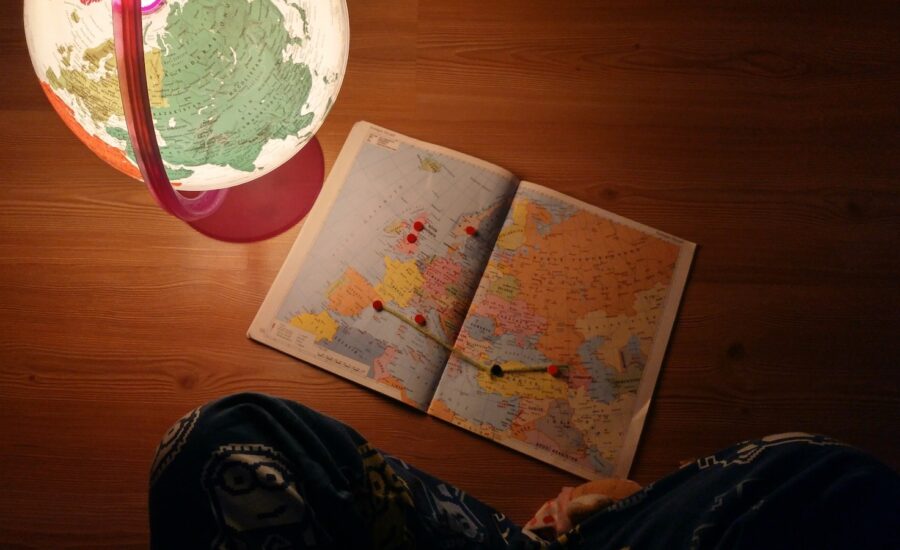 Photo by Aslı Yılmaz from Unsplash

It’s the end of globalization as we know it. We will reorder production and supply routes and networks. The redrawing of the world’s trade map was all already in play—thanks to the pandemic for exposing our fragile supply chains. Companies and countries were looking to bring production close to home and source materials closer to home as well.

Now, geopolitical concerns are accelerating the event. We may no longer want to trade extensively (or at all) with autocracies such as Russia, China and other rogue nations.

Via Seeking Alpha, here is a quote from Oaktree Capital’s Howard Marks:

“The availability of ever-cheaper goods like cars, appliances and furniture produced abroad was a major contributor to the benign U.S. inflation picture in this quarter-century. On the other hand, offshoring also led to the elimination of millions of U.S. jobs, the hollowing out of the manufacturing regions and middle class of our country, and most likely the weakening of private-sector labor unions. Rather than the cheapest, easiest and greenest sources, there’ll probably be more of a premium put on the safest and surest.”

The world might split into two major blocks: Democracies; and autocracies and other non-democracies. You might even see it as good vs evil.

With less economic interconnectedness, the world will see slower growth and less innovation. We are likely to see the returns on our investments somewhat diminished.

“The world is undergoing a transformation: Russia’s brutal attack on Ukraine has upended the world order that had been in place since the end of the Cold War, more than 30 years ago. The magnitude of Russia’s actions will play out for decades to come and mark a turning point in the world order of geopolitics, macro-economic trends and capital markets.”

“The war will have many long-term economic consequences, Fink warns, as de-globalization pushes inflation even higher, leaving central banks with a tough choice between higher prices or lower economic activity.”

Decoupling from cheap-labour Chinese suppliers would be difficult, in the short term, for Canada and the U.S.

On the other hand, splitting from the United States, Canada and from countries in Europe would be catastrophic for China’s economy, since it would cut Chinese manufacturers off from the some of richest markets in the world, leaving them with emerging markets as the buyers of their goods.

The tectonic shift and economic process will likely not go smoothly. We have to redraw the global trades routes and rewire the supply chain processes. There is opportunity for error. And as I wrote above, there will be costs.

Final tweet/thought on this, from David Roseneberg of Rosenberg Research and Associates.

The smart U.S. ETFers are moving to value stocks

It is my opinion that exchange-traded fund (ETF) investors are much “smarter” and more aware than those who buy or were sold mutual funds. Perhaps we are seeing more evidence of ETF investor superiority in the U.S. From 2021 and into 2022, investors are embracing the U.S. value indices that are outperforming in 2022.

Vanguard’s ETF, VOO, blows away all other ETFs, in terms of investor flows in 2022. That’s perhaps an attempt to avoid another lost decade for U.S. stocks. VOO replicates a value index.

Here’s a clip from Seeking Alpha:

“The ETF has attracted US$23.43 billion in net new investor capital this year, double the inflows of the second-place competitor fund iShares Core S&P 500 ETF (IVV), which has taken in $11.54B, per Bloomberg data.

“To put VOO’s capital flow injection into perspective, the ETF led all ETFs in 2021 as it garnered $46.9B. With the first quarter of 2022 not even complete, VOO has already halved what it accomplished in the previous year, and there are still more than nine months to go in the year. Moreover, VOO’s 2021 inflows was a record for inflows to an ETF, which looks to be shattered in 2022 if the pace keeps up.”

I really like the sector construction. The P/E ratio is a respectable 21. But that might still be considered elevated for a value index. We find even greater value in the U.S. high-dividend space (VYM). Here are the characteristics for Vanguard’s VYM, including the P/E ratio, at 15.6.

Yet another lost decade for the 60/40 portfolio?

This is your friendly reminder that the traditional stock and bond balanced portfolio can and does struggle. Stocks and bonds can fall at the same time.

This clip comes from a Fortune (pay wall):

“During the ‘lost decade’ of the 2000s, the 60/40 portfolio returned just 2.3% to investors annually, and lost value on an inflation-adjusted basis, according to what Goldman Sachs Asset Management’s Nick Cunningham wrote in October, Bloomberg reported.”

We have a situation where rising rates hurt bonds. Remember, as bond yields increase the price of the bonds (value) will decrease. Those rising rates are also a threat to the economy and stocks over the longer term.

A typical Canadian-dollar balanced portfolio was down almost 8% into 2022, but it has recovered modestly over the last two weeks. Vanguard’s VBAL and BMO’s ZBAL are in the same boat.

The downward trend could continue for stocks and bonds. Inflation will be the big tail that wags the 60/40 portfolio dog. How far will central banks have to go using raising rates to fight inflation? Only time will tell if we see extended dog-like returns for the traditional 60/40 portfolio.

Bitcoin is finding its footing again, and it might be put to use as the new gold.

You might have to be patient whether you have a traditional balanced portfolio or the advanced model. The key is to stay invested and committed to your investment plan.

Thanks to my friends at DataTrek, we can look at earnings growth estimates by sector.

It should be no surprise that commodities are in the top five sectors. And, energy leads the way.

Here are the sectors where analysts have been increasing their 2021/2022 earnings growth expectations since the end of last year.

Thanks to Canada’s energy and commodities exposure, we can see how well-positioned Canada is for the current inflationary environment. That benefit is now showing up in earnings estimates.

And just for fun, here’s something that Elon Musk can’t do, dance. Enjoy the video.