High interest rates aren’t necessarily bad for banks, the Canadian inflation glass is half full (you can’t afford the other half), and U.S. earnings news is mostly positive. 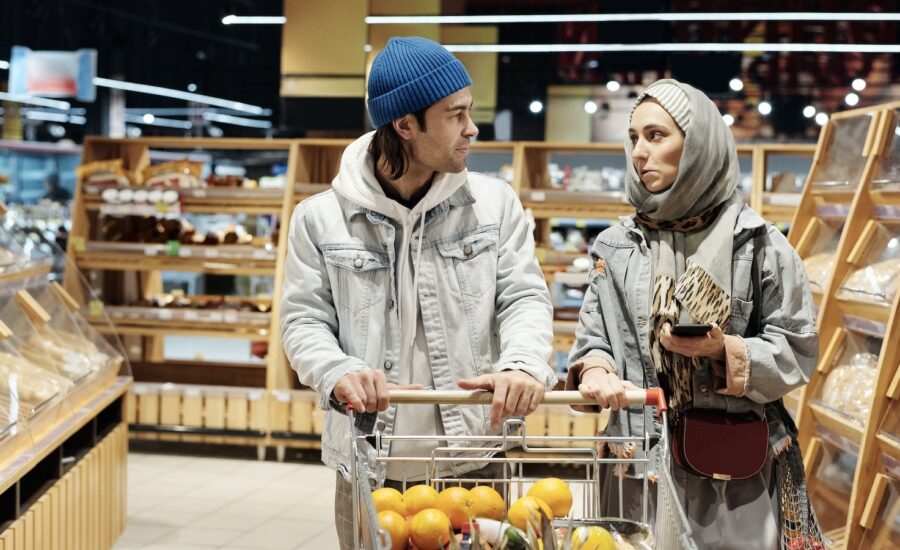 Photo by Jack Sparrow from Pexels

U.S. earnings season is in full swing, and the banks were some of the first to step up to the plate. They didn’t all hit home runs, but investors were likely quite pleased with their performance. (All values below are in U.S. currency, unless otherwise stated.)

The broad takeaway from these earnings results is that banks are using expanded interest rate margins (the difference between what they pay out in interest and what they charge for lending money) to boost profits and offset losses in other areas like investment banking. Bank of America has a larger retail banking business than the other banks, so it makes sense that its earnings surprise was more substantial. Morgan Stanley is much more investment banking oriented, and its bottom line was hit by the lack of IPOs and debt/equity issuances.

Given that Canadian banks are much more in the mould of Bank of America than they are dependent on the investment banking side of things, I would expect similarly good news in their future. TD Bank (TD/TSX) has the largest U.S. exposure of the Canadian “Big Six” and therefore should track a similar trajectory to what we’ve seen with these U.S. banks over the past week.

Canadians looking to invest in these U.S. banks can do so through TSX-listed ETFs, such as the Harvest US Bank Leaders Income ETF (HUBL), RBC U.S. Banks Yield Index ETF (RUBY) and BMO Equal Weight US Banks Index ETF (ZBK). They can also get exposure to JP Morgan, Bank of America and Goldman Sachs in Canadian dollars through Canadian Depository Receipts (CDRs) listed on the Neo Exchange.

Consumers, investors and central bankers around the world are desperately looking for signs that tighter monetary policy is succeeding in bringing down inflation.

The good news Statistics Canada announced on Wednesday was that inflation dropped for the third month in a row.

The bad news was that it only declined slightly, from 7% to 6.9% (it peaked at 8.1% in June). Many economists speculated earlier in the week that inflation would drop by a larger margin. As a result of the relatively high inflation numbers, most market watchers are now predicting another 0.75% rate increase by the Bank of Canada next week.

With food prices up 11.4% year-over-year (the fastest rate since “Trudeau the Elder” was sitting on Canada’s iron throne), Canadians continue to feel the pinch at the grocery store.

A year ago at this time, it was common to hear high-flying tech and crypto investors say, “Have fun staying poor” to boring consumer-staple shareholders. Oh, how the mighty have fallen. Turns out that owning brands such as Aveeno and Gillette is a great way to have fun while not losing money.

As more and more people gravitate towards proven profitable companies, these types of “boring” dividend machines are likely to become more highly valued by the average investor.

Don’t change the channel on Netflix

Finally we get to a few of the flashy big-name tech stocks that reported earnings this week.

Musk was quick to point out: “I can’t emphasize enough we have excellent demand for Q4 and we expect to sell every car that we make for as far into the future as we can see.”

In his typically humble fashion, Musk also stated, “I’m of the opinion that we can far exceed Apple’s current market cap. In fact, I see a potential path for Tesla to be worth more than Apple and Saudi Aramco combined.”

Overall, we continue to see market valuations whipsaw between interest rate announcements (when they drop) and resilient earnings results (when when they spike).

I have seen little to change my mind about the long term. While there may be more quarters of slightly negative gross domestic product (GDP) in the U.S. and/or Canada (recessions, stagflations and bears—oh my!), the companies with large competitive advantages will weather the storm just fine. The valuation multiples compression that we’ve seen so far this year has taken a ton of the downside out of the market.

Who knows what will happen in the short term, but long term, it’s doubtful that you’ll regret buying at current prices. Given how much share prices have already fallen—while earnings have stayed relatively stable—we believe much of the downside risk has now been removed from the market.