What does a recession mean for you? The details behind inflation headlines. Is now the time to buy the dip on tech stocks? 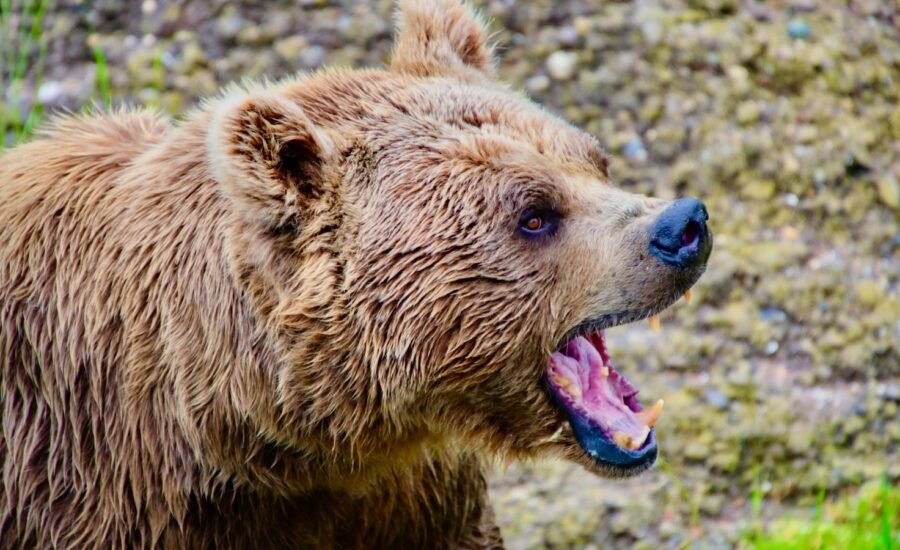 Photo by Marco Pagano from Unsplash

Lions and tigers and recessions, oh my!

Taking a cue from weather reporting, the 24/7 financial news business is clearly battling for eyeballs by trotting out the scariest headlines possible. Words such as “recession,” “bear market” and “correction” can blur together to become a bomb cyclone of financial anxiety.

When trying to sort fact from exaggerated fiction, it can be helpful to understand exactly what some of these scary terms mean. Given how the world’s stock markets plunged at the start of the week, let’s sort through where we currently stand.

Bear market: This term is often used to describe a stock market that is going down. Technically, it refers to any asset that is down more than 20%. The S&P 500 (the index of the 500 largest publicly traded companies in the U.S.) ended Monday in a bear market after a drop of 3.9%. The value of that stock index is now down 21% from its January highs.

Correction: Canada’s most popular stock market index, the S&P/TSX Composite Index, is made up of the 239 largest publicly traded companies in the Great White North. It slid 2.6% on Monday and is now down more than 10% from its all-time highs. This drop of more than 10% means we can say Canada’s stock market is in correction territory.

While the first two terms refer to the prices of assets (usually stock markets), the next three refer to the overall economy. They measure country-wide metrics such as gross domestic product (GDP) and unemployment rates.

Recession: GDP is the value of all goods and services a country produces; it’s widely used to measure economic well-being. GDP is usually referred to in three-month increments called “quarters.” When we have two quarters in a row with negative GDP, that is a recession. But there’s more: If we have two consecutive quarters with -0.1% GDP, we’re in a recession. If we have a quarter with -5% GDP followed by a quarter with a 0.2% increase in GDP, we are not in a recession—even though GDP is still down compared to two months earlier. Now you can see why headlines can be misleading!

Depression: This is a favourite word among headline writers because it sounds super-scary. Also, it has no standard definition, so it can’t be called incorrect. Generally speaking, “depression” hearkens back to the traumatic experiences of the Great Depression, and it refers to an extended period of shrinking GDP, high unemployment levels, etc.

My favourite way to differentiate between “recession” and “depression” comes from former U.S. president Harry Truman, who stated:

Obviously, that’s a bit tongue-in-cheek, but it gets the point across.

Stagflation: Finally we get to the real bogeyman of economic terms. Stagflation is a period of rising inflation alongside economic stagnation. It’s often considered the scariest of economic terms because when you have high inflation rates at the same time as a shrinking GDP and a rising unemployment rate, it really puts governments and central banks in a tough position—they must consider what trade-offs to make in regards to fiscal and monetary policy. “Stagflation” is often attributed to Iain Macleod, a British politician. He coined the word in 1965, but it wasn’t widely used until the 1970s—the last time stagflation hit.

As a quick aside, it’s worth mentioning that despite the gloomy headlines for stock markets, bond markets, housing prices and cryptocurrencies, the unemployment rates in Canada and the U.S. are at all-time lows. Plus, many folks still have a nice chunk of change in the bank. Last time I checked, overcrowded airports are not a sign of a struggling global economy!

What to do about this stagflating monsoon vortex of an economy?

When we try to put the current economic situation—and its accompanying impact on markets—into context, we should start by admitting that we actually have a pretty small sample size to draw from. We don’t have thousands of controlled experiments that involve pumping money into people’s pockets during worldwide pandemics, then starting wars in Europe.

While it is easy to lash out at your politician of choice these days for the pain you feel at the gas pump or in the grocery store, try to keep in mind that things could have been worse. Much worse.

When central banks plot a course for monetary policy, they must navigate a web of variables, and there are very few predefined paths to travel along. There’s no Google Maps option for “Alexa, what’s the fastest route from an economically devastating pandemic that requires everyone to stay home to a perfectly balanced economy that is growing at a steady, stable rate?”

I recently wrote about the psychological aspects of economics and monetary policy and how complicated monetary decisions can be. It is quite likely that the folks who decided to make it easier to borrow money at historically low interest rates knew there was a chance inflation could become a problem. When the pandemic hit in early 2020, central bankers were faced with a series of trade-offs. Most decided to risk rising inflation rather than risk a complete credit freeze-up, skyrocketing personal and corporate bankruptcies, and unemployment rates of 25% or more. That seems like a pretty good choice on a balance of probabilities.

Going forward, we will learn more from this pandemic experience about how to target specific types of stimulus and economic support to lessen the impact of inflation. In the meantime, let’s not forget that the lesson from the last major crisis back in 2008 was that doing too much was preferable to doing too little.

When we look at today’s inflation issues, we need to keep in mind the series of choices that led to this point, as well as the trade-offs that will come from any action taken. It’s never nearly as simple as “If _____ would just quit printing money, the prices of gas and groceries would go down, and everything would be better.”

If the only goal were to lower the prices of gasoline and groceries (and most other things), central banks could make that happen in a month or two—just raise lending rates to 20% or more and people would stop buying things pretty quickly. But we’d also enter a crippling deflationary cycle where many people would lose their jobs, and we’d likely see rising thefts/riots/social unrest.

If you were lucky enough to be the head of a central bank from 2013 to 2019, you got called a rock star for keeping things exactly the same every quarter. Now, you’d have to choose between:

That’s not a choice I’d want to be responsible for making!

All of that said, there’s no denying that interest rate decisions are by far the most powerful influence on markets right now. I’ve written about why rising interest rates can drive down the valuations of stocks and what investors should probably do about it.

Given that governments around the world are feeling increasing pressure from their citizens to rein in inflation no matter what the cost (or so they say now), it stands to reason that inflation numbers will continue to drive the debate on how high interest rates should go.

When we think about the prospects for future inflation increases, I think it’s important to consider what’s currently driving inflation and how it’s changing. The Washington Post published a useful graph last week:

My main takeaway from this graph is that what was pushing overall inflation numbers has varied dramatically over the last little while. One could find a plausible path back to high-but-reasonable inflation rates of 3% to 4% pretty easily if the war in Ukraine ended, leading to substantial quantities of grain, oil and gas flowing again. The problem is that (most) governments and central banks can’t end the war—all they can do is try to fix the inflation problem on the edges with monetary and fiscal tools that will likely have a minor impact if used correctly or make things much worse if used incorrectly.

Until we get back to a more stable inflation rate environment (and subsequent boringly predictable interest rate movements), investors might calm some of their anxieties by going beyond the headlines to understand just why asset prices are going down (versus panicking about the random walk downwards). They can also focus on practical ways of trying to avoid the worst impacts of inflation, thus lowering their personal inflation rate.

Buy when others are fearful: Is it time to be greedy about tech stocks?

In this case, the tech bubble was actually one or two bubbles ago. Nonetheless, the “dot-com bubble” provides a convenient comparison point for TV talking heads when they comment on today’s evaporating tech stock valuations.

While one could argue that a lot of tech stocks are still overvalued, many of these companies are real businesses making real money. For example, Oracle (ORCL/NYSE) just announced this week that its quarterly adjusted earnings per share of $1.54 handily beat the expectation of $1.37 (all figures USD). Revenue of $11.84 billion topped expectations of $11.6 billion. Back in 2000, Pets.com was not looking at nearly $12 billion in revenues!

It’s also worth noting that if you’re using an indexing approach to your investment portfolio, while we might not know which company will be the next Amazon, we’re pretty sure the next Amazon will come from somewhere in the field of tech. (Actually, Amazon will probably buy the next Amazon before it goes public, thus enriching current shareholders.) Just because shares are down now doesn’t mean they always will be.

With the Invesco QQQ ETF, you can track the 100 biggest companies on the Nasdaq stock exchange and give yourself pretty widespread technology exposure. Then again, a lot of today’s big tech companies are big enough that you can get healthy exposure through any plain vanilla ETF.

If QQQ is our generalized “tech ETF,” then we can say the sector is down about 27% YTD.  That’s a pretty healthy pullback, and it would be entirely accurate to say that “tech is in a bear market.” It’s also worth noting that ARKK ETF, steered by last year’s stock-picker-du-jour, Cathie Woods, is down over 57% YTD. It’s a useful “innovation stocks measuring stick.”

I’m certainly not guaranteeing that this is the bottom, as tech and innovation stocks could fall further, but those are some pretty big valuation crunches. You’ll have to decide if others are now fearful enough for you to get greedy.