Making sense of the markets this week: March 20

The Fed makes the first move on rate hikes, investors show Warren Buffett some love, and the geopolitical fallout hits the semiconductor sector. 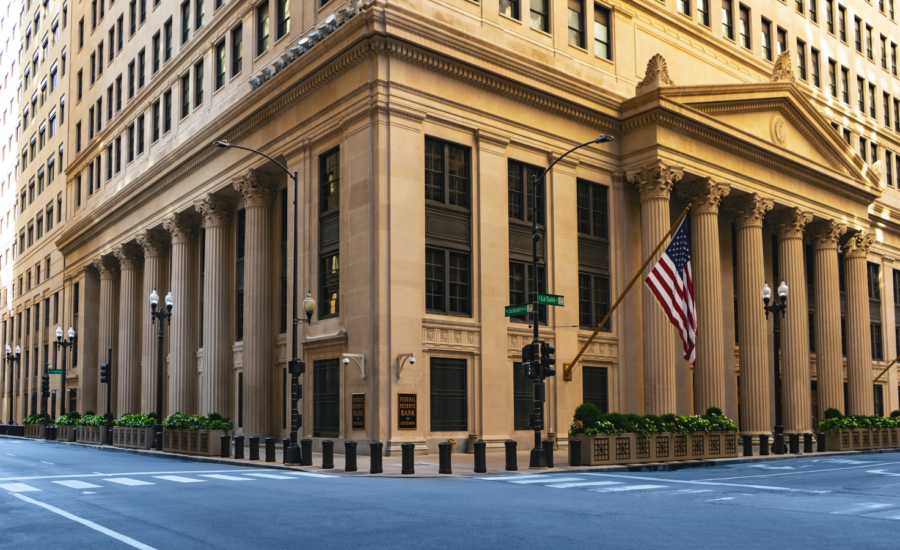 Photo by Joshua Woroniecki from Unsplash

The Fed moves, just a scooch

On Wednesday of this week, Federal Reserve chairman Jerome Power made the move on rates. The Federal Open Market Committee raised U.S. overnight interest rates by 0.25% to 0.50%, its first rate hike since December 2018.

Central bankers embarked on what may turn out to be a lengthy and difficult challenge to wrestle inflation to the ground. Earlier this month, the Bank of Canada also increased the overnight rate from 0.25% to 0.5%.

Financial analysts expect both central banks to raise borrowing costs several times this year and next. The Fed board is predicting six rate hikes in the U.S. in 2022. If each rate hike is 0.25% that would put the overnight rate at 2.25%. There is the possibility of a 0.5% rate hike thrown into the mix.

Here is the “everything you need to know” about rate hikes history.

Equities initially fell with the rate announcement: the S&P 500 (IVV) was down 0.3% at the start of Jerome Powell’s press conference. Powell then charmed the markets into a sharp turnaround, suggesting that the U.S. economy was strong enough to withstand higher rates. Stocks closed on Wednesday with the S&P 500 rising 2%. Canadian stocks (XIC.TO) followed to the upside with a gain of 1.3%. The hard-hit Nasdaq (QQQ) was up over 3%.

Markets continued to recover throughout the week, but softened modestly at the opening on Friday.

Today, we are living with the cold hard fact that inflation hits our pocketbooks. We are paying more for most everything, especially energy, food, rent and home ownership.

In Canada, the Consumer Price Index rose 5.7%in February from a year earlier, up from 5.1% in January, according to Statistics Canada. That was the highest inflation reading since August 1991. For 11 consecutive months inflation has been on the rise for Canadians.

That said, our inflation rate lags that of the U.S., where it hit 7.9% in February.

The bond market will project future inflation rates. The market thinks inflation will cool considerably, but stay well above the central bank target of 1-3%.

DataTrek shares this info via email.

Market-based expectations for future U.S. inflation have broken out to new highs in the last 10 days. Using data from the TIPS (Treasury Inflation Protected Securities) market back to its start date in 2003:

Just as we will be learning to live with COVID over the next several years, we might also be living with more elevated rates of inflation.

I have long touted Berkshire Hathaway (BRK) (BRK.B) as a very useful defensive holding. I would consider the stock a market correction hedge. It also gives you some value investing exposure. The company and stock tends to perform very well during times of market stress, and especially through major stock market corrections.

As you likely know, Berkshire Hathaway is the conglomerate run by Warren Buffett, who is often called the world’s greatest investor. Berkshire Hathaway has grown its portfolio at a 20% CAGR (Compound Annual Growth Rate) over the past 57 years. That’s one of the best investment track records of all time.

This post on Seeking Alpha looks at the returns of Berkshire Hathaway versus the S&P 500 over 20 years. Note: The article was published in May of 2021.

We see the total returns comparison over a 10-year period to May of 2021.

That’s usually when market commentators start to write of Mr. Buffett. As a value investor, he will underperform during rip roaring bull markets where growth stocks rule.

But go back through market corrections and you get a different picture.

I had suggested in the Seeking Alpha post that you can try to invest like Buffett, or you can buy the stock and invest with Buffett. He generates returns by taking advantage of stock market corrections, and he has been on the sidelines for a long time. He was mostly not buying stocks during the COVID correction or early 2020.

The share price of Berkshire Hathaway topped $500,000 for the first time on Monday, reflecting the company’s status as a defensive stock in a market unsettled by events in Ukraine and rising inflation. Berkshire’s class A shares have gained 10% in 2022, outpacing the S&P 500. The U.S. market is down 8% into this week, year-to-date.

I use Berkshire Hathaway as part of my investment risk management. Berkshire is the largest individual stock holding in my wife’s accounts.

If we do get a meaningful stock market correction, Buffett and his team have nearly $150 billion in cash to go shopping for stocks at fire sale prices.

Investors can easily invest in Berkshire Hathaway in Canadian dollars by way of Canadian depository receipts. Those CDRs are courtesy of the NEO exchange.

Fears of a Chinese invasion of Taiwan, plus the risk of Chinese support for the invasion of Ukraine is creating additional geopolitical risk. The ongoing war between Russia and Ukraine is front and centre for many investors. Also, add on the fears of an economic recession.

For my March 6 column, I detailed how the invasion of Ukraine is fueling inflation. It is certainly possible that the inflation spike could lead to economic contraction or a recession. On my site, I wrote that the “Russcession is coming!” As always, no one knows how this will play out next year or even in three years. And if you’re in the accumulation stage, lower prices are historically very beneficial.

“‘It’s a den of bears out there,’ Danely said, who added that build-ups in semiconductor inventory are creating higher risks and an environment for poor rewards if you believe a recession is coming.”

And the Taiwan situation is a considerable wild card.

“The sentiment toward companies that rely heavily on chip foundry Taiwan Semiconductor (NYSE:TSM), such as Advanced Micro Devices (NASDAQ:AMD) and Nvidia (NASDAQ:NVDA) is turning bearish due to the chances that China might set its sights on invading Taiwan, which Beijing considering to be a renegade province.

In that article, Danley also shares that we could see weakness in auto production and PC (personal computer) sales throughout 2022. PCs represent about 30% of total demand for semiconductors.

While the geopolitical risks have changed the landscape for the sector, I am still a fan of the long-term investment thesis. In September, I wrote that the world runs on chips: It is the modern commodity. I have been adding to my position in the Horizon’s global semiconductor ETF.