The Trump factor and why the loonie is limping

BlackRock's chief investment strategist on what to expect from the markets

We caught up with Kurt Reiman, chief investment strategist at BlackRock in Canada, an institutional investment firm which markets the iShares suite of exchange-traded funds (ETF) to investors. Reiman will present at the upcoming MoneySense Roadmap to Riches event on May 27 in Toronto. We’ll see you there, so pick up a ticket before they are all gone. Bring your questions for Reiman, and for blogger Bridget Casey, columnist and stockpicker Norm Rothery and Rudy Luukko from Morningstar Canada. 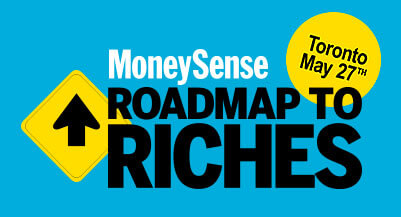 MoneySense: The financial markets have been a lot less volatile in the past six months. How has the Trump factor played out in terms of market reaction?

Kurt Reiman: The narrative around fading fears of deflation, accelerating economic activity and recovering profits was already well advanced when Donald Trump was elected America’s next president. Moreover, the upturn witnessed in the U.S. economy last summer has taken root throughout the world at a time of still rather easy monetary policy. Although much of the initial euphoria around deregulation, tax reform and infrastructure spending has faded, economic expectations have shifted from one of acceleration to one of a sustained economic expansion. While there have been some large swings within the market since the election, such as among financials, value, technology and energy stocks, the overall market has seen limited volatility on the prospect for less ambitious and disruptive policy shifts and moderate economic growth.

MS: Do you feel like investors are becoming more relaxed about major risks? We’ve certainly seen a lower fear factor, as measured by the VIX. Are they complacent?

KR: The low level of the VIX (a measure that captures volatility in general stock price levels), rather stretched valuations in U.S. and Canadian stock markets and tight spreads on corporate bonds are all red flags signalling complacency, especially at a time of elevated political uncertainty and simmering geopolitical risk. That said, timing the reversal in volatility is notoriously difficult. The economy appears poised for further modest growth, albeit at a subpar pace, profits are grinding higher, and central banks will likely tread cautiously as they scale back aggressive monetary policy accommodation. As long as these themes remain intact and the political uncertainty stays below the radar screen, volatility can remain low and asset prices can reflect less fear.

MS: In 2015, the energy slump really hit Canadian markets hard. Last year, the sector had a big rebounding bounce. What is the outlook for oil and gas for the rest of 2017?

KR: Crude oil prices may have notched an impressive gain last year, but they are still roughly half of where they traded two years ago. Although the Organization of Petroleum Exporting Countries may reiterate their support of supply cutbacks later this year, the surge in U.S. shale oil production has forced oil prices lower. Efficiency gains in shale oil production, fewer unplanned outages than at this time last year and moderate demand growth likely keep a lid on oil prices for the balance of 2017. While oil prices could move back into the mid US$50 per barrel, as measured by West Texas Intermediate, upside appears limited as long as U.S. production growth proceeds unabated.

MS: How do you see Canada’s prospects, relative to stock and bond markets in the U.S.? How about relative to other developed and emerging markets around the globe?

KR: Performance prospects for Canadian and U.S. bond markets are roughly similar, except that the more dovish tone from the Bank of Canada suggests less pressure on the front end of Canada’s yield curve. In both cases, investors will need to take a more active stance managing their exposure to interest rate and credit risk in an environment of steadily rising government bond yields. We’re currently negative on European debt and we generally favor credit risk over government bonds. In stocks, we see better opportunities outside the U.S. and Canada. Our preferences center on Europe, Japan and emerging markets where valuations are cheaper, economic growth is boosting profitability and policy is broadly accommodative.

MS: The Canadian dollar has been slumping badly. What are the main factors behind that slump and do you see them reversing any time soon?

KR: The Loonie has recently been hit from all sides: falling energy prices, higher odds of the U.S. Federal Reserve raising interest rates, a dovish tone from the Bank of Canada, trade skirmishes with the U.S. over softwood lumber and dairy, and worries that financial problems at a key alternative housing lender could spill over into the broader economy. While a turn higher in oil prices is possible, we can’t rule out further weakness in the Canadian dollar given the weight of these persistent challenges.