Even after a dramatic recovery, the 2008–09 financial crisis has left its mark on investors. A behavioral finance expert explains why. 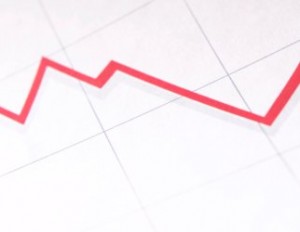 It’s now been more than three years since the end of the devastating 2008–09 financial crisis. Since that time, stock market returns have been outstanding—at least for investors who haven’t been sitting in cash. In the 36 months that followed the market bottom on March 9, 2009, U.S. stocks returned over 25% annually. The Canadian market delivered about 19% annually over that period. Even European stocks—despite a difficult 2011 and ongoing worries—are about 60% higher than their 2009 lows.

But you wouldn’t know it from talking to investors, who remain jittery, even paralyzed. It’s understandable that investors felt shell-shocked after the crisis, but isn’t it surprising that many are still feeling that way three years later? What explains our fear and diminished desire for risk, even after such a dramatic recovery?

Loss aversion: People tend to focus on downside risk when they invest in stocks. When they suffer a loss, they experience not only an objective loss in dollar terms, but also a subjective “emotional loss.” This can linger for a long time, and many stock investors who realized major losses during the financial crisis still avoid perceived riskier asset classes such as stocks (and stock mutual funds).

Anchoring: Investors often focus on specific pieces of information, and these reference points influence their decisions. For some, the 2008–09 financial crisis continues to be a negative reference point, or anchor. They may recall their portfolio’s value in mid-2008, before the market plunged, and become preoccupied with “getting back to even.” When investors anchor on a bad experience, they can become excessively risk-averse and loss-averse. This results in a higher degree of worry, which can cause them to underweight equities in their portfolios.

Depression: A recent study examined the relationship between seasonal depression and investments. It found that when individuals become depressed during the winter months, they tend to become more risk-averse and are less likely to invest in stocks. This new finding suggests that that cycles in the market could also have something to do with cycles of emotional depression—or vice-versa.

Inertia: In times of financial distress, people who have experienced loss aversion, anchoring, and depression might suffer from inertia, or “inattention bias.” They no longer want to manage their portfolios because they don’t want to reflect on their bad experiences. This inertia can have long-term consequences. One study examined one million retirement accounts over a two-year period and revealed that approximately 80% of participants made very few or no trades. After the financial crisis, many retirement savers had portfolios that were underweight in stocks and overweight in bonds and cash. By not rebalancing, they may have left themselves with overly conservative portfolios, which may result in them falling short of their savings goals.

In any market environment, it’s important to perform an annual portfolio checkup in order to avoid the emotional impulses experienced during bull markets (high levels of over-confidence) or bear markets (extreme pessimism). Your portfolio should be based on a risktolerance assessment, an asset allocation strategy, and regular rebalancing, not on emotion.

Investors should keep in mind the concept of reversion to the mean. This principle is based on the premise that stock market cycles and asset classes, over the long run, tend to return to their historical average (or mean). For example, the historical average for stock returns is in the range of 8% to 12%. A non-emotional approach to long-term decision making will help investors avoid mental mistakes, control impulsive, emotional judgments and earn a share of what the markets have to offer.