Saving is a marathon, not a sprint

Think you can put off saving until you’re making more money? Time to wake up and smell the coffee 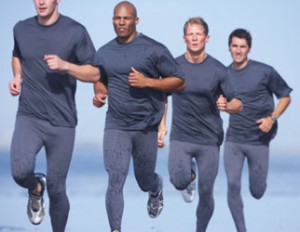 Lots of people put off saving money, citing a fictional future where they’re making more and will have a higher disposable income. But if you’re not in the savings habit, when will it be convenient to do without now so you have something later?

Starting early and plugging away diligently means you won’t have to put as much away each month. If you start saving in your early twenties, you need only put away 6% of your income to end up with enough. You can pace yourself for the long haul. You have time working for you, and you can adjust your stride as you go to deal with whatever you may encounter.

Wait until you’re in your thirties and you’ll have to pick up the pace. You know the ol’ “save 10%” rule: it’s the least you can do because you won’t have as much time for your money to compound. But you’re still fine.

Wait until you’re in your forties and you’ll have to run faster, socking away 18% of your income to have what you’ll need or putting off retirement so you can put time back on your side.

So would you rather save 6% starting early, or 18% later when you also have kids to put through university, a mortgage to pay, and only the lord knows what other competing priorities? Life doesn’t get easier just because you make more money. If that were true, nobody who makes an above-average income would be worried about retirement.

Treat your savings like a marathon instead of a sprint and you’ll achieve three things:

• you can take less out of your cash flow to meet your goals
• you’ll put time on your side so compounding can do its magic
• you’ll have to think about it less.