Tax can become a retiree's biggest expense. Here are strategies to pay less in your golden years

During the wealth-accumulation years, the RRSP is a key tool, both to minimize income tax on taxable income (especially salaries) and to accumulate a retirement nest egg. Indeed, for those driven primarily by the immediate tax reduction, the byproduct of a retirement nest egg may even come as a pleasant surprise.

However, it eventually comes as a shock to new retirees to discover tax may become one of their biggest expenses, surpassing even food or housing costs. This often occurs the year you turn 71 and convert an RRSP into a Registered Retirement Income Fund or RRIF. (This isn’t necessarily mandatory, as you can also choose to annuitize or cash out, although few do the latter because of the harsh immediate tax consequences.)

In practice, most retirees choose the RRIF route, even though Ottawa mandates forced annual (and taxable) withdrawals that start at 5.28% at age 71 (for RRIFs set up after 1992), hit 6.82% at age 80, 11.92% at 90 and 20% at and beyond 95. That’s less than previously required but still probably means breaking slowly into capital: after all, Ottawa’s “generosity” with the earlier RRSP tax refunds was always balanced by the knowledge the tax piper must eventually be paid: naturally, these RRIF withdrawals are fully taxable like salaried income or interest income.

Depending on how much taxable income you generate, you may even find yourself starting to lose some Old Age Security (OAS) benefits from the dreaded “clawback.” This starts to kick in with taxable income of $73,756 in 2016 and will reach $74,789 in 2017.

This coming tax hit is eminently predictable, so some financial planners tell clients to consider taking voluntary early RRSP withdrawals if they are no longer in a top tax bracket in their sixties. Those who have left full-time employment and are working part-time in “semi-retirement” may be tempted to “bask” in their relatively low tax bracket.

But this may mean missing out on the advantages of starting to withdraw some RRSP money out at more favorable tax rates. Doug Dahmer, president of Burlington-based Emeritus Retirement Income Specialists Inc., is a vocal advocate of using early RRSP withdrawals to replace the cash flow you might originally have received had you started to collect benefits from the Canada Pension Plan as early as 60. As we know from Dahmer’s CPP optimization consultation (www.cppOptimizer.com), delaying CPP is equivalent to having a guaranteed annual 8.4% return on your RRSP for each extra year you delay receipt of benefits. What you lose on RRSP growth is more than made up by eventual higher CPP benefits, especially if you wait until 70. “This ensures you get the bird in hand along with the one in the bush,” Dahmer quips.

We have talked in past columns about “topping up to bracket:” a strategy for maximizing what I call “low-taxed” dollars. You certainly want to receive the annual $11,474 (in 2016) of the tax-free zone called the Basic Personal Amount, plus for those who qualify, the $2,000 annual Pension Credit; and for those 65 or older the $7,125 federal Age Credit (in 2016) further expands the tax-free or very low tax zone that many new or semi-retirees may occupy between their 60s and 71.

So if you are in the bottom tax bracket in your 60s and have a bit of “room” left to take in more lowly-taxed income, you may wish to start withdrawing money early from your RRSP, even though you will be paying a bit of tax on it earlier than you might have projected.

You may even decide you want to set up your RRIF earlier than age 71. A semi-retiree could set up a RRIF to generate regular (and taxable) income monthly, quarterly, semi-annually or once a year. You may need the extra income to supplement CPP, OAS after 65, or modest employer pensions. According to CIBC Wood Gundy, for RRIFs set up after 1992, the minimum RRIF withdrawal rate at age 65 is 4%, reaching 5% at 70, then 5.28% at 71 and so on. 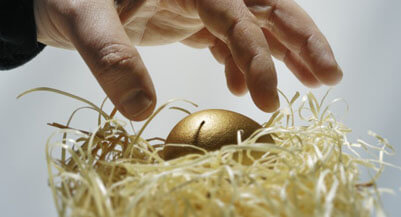 How to keep more benefits with pension income splitting

A special situation occurs when one spouse is much younger than the other and/or expected to live longer. In this circumstance, Dahmer says you need to consider the eventual loss of the opportunity to split RRSP income; the consolidation of RRSP balances with the surviving spouse requires looking at tax strategically about whether earlier withdrawals are advisable.

Be careful setting up a RRIF in your 60s: once committed, you have to keep to the schedule: while it’s possible to reverse this decision before age 71, you have to go through hoops to do so. That’s why some advisors, like KCM Wealth Management Inc.’s Adrian Mastracci, find it more flexible to take lump sums out of your RRSP periodically.

Estimate what your eventual tax liability will be before choosing the withdrawal amount: personally, if I figure on being in the 20% bracket, I’d want to be taxed up front at 20% to avoid a nasty surprise come tax-filing time. (In fact, just a few weeks ago, in part because we have to replace the roof on our home, I took out a lump sum at just that tax rate.)

After decades of the RRSP contribution habit, I admit it goes against the grain to start decumulating. But I’d rather pay a little tax now prematurely than a lot of tax later.

Jonathan Chevreau founded the Financial Independence Hub and can be reached at [email protected] His new book (written with Mike Drak) can be found at www.victorylapretirement.com. Read more of his Retired Money column.

—An earlier version of this article incorrectly listed the federal tax brackets. That line has been updated with correct information.—