When a relationship breaks down, there are tax implications arising from the division of investment assets. 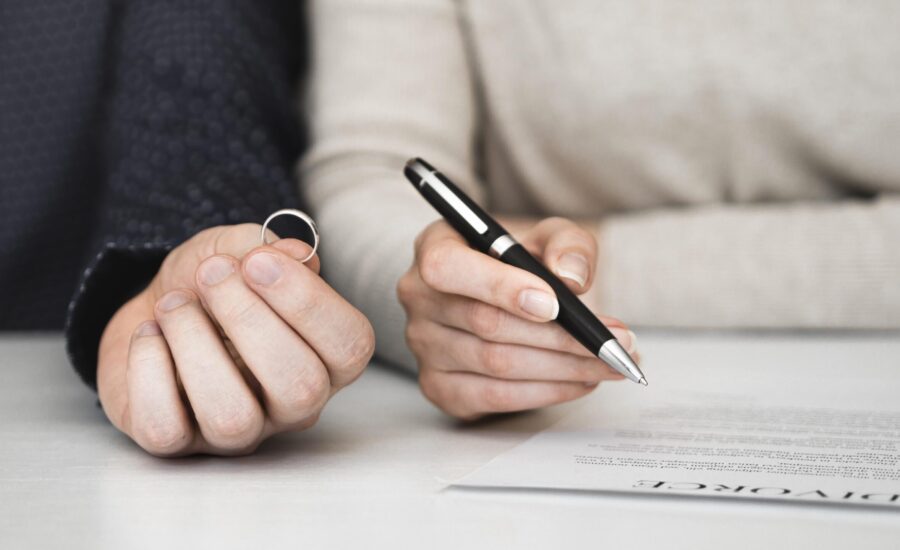 The end of a relationship will no doubt result in many financial changes, and some of those changes have a tax impact as well. This article ignores tax deductions, credits and benefits, as well as spousal and child support, and simply focuses on the division of assets for common law and married spouses. (Here’s a big-picture look at what you need to report to the CRA after a split.)

Capital assets, such as non-registered investments, rental real estate or a cottage, can generally be transferred on a tax-deferred basis between spouses. That means by default when one spouse transfers a capital asset to another spouse, there are no immediate tax implications.

Normally, when assets are transferred between spouses, a capital gain resulting from a subsequent sale would be attributed back to the original spouse on sale. This is called spousal attribution. Attribution does not apply if the asset was transferred as a result of a separation or divorce, whether you are common-law or legally married. It does not matter if the transferring spouse owns all or part of the asset either, so wholly or jointly owned assets can be transferred without incurring capital gains tax or without having future income attributed back to the other spouse when a relationship breaks down.

So, unless the two spouses elect to realize the accrued capital gain or loss and trigger the tax implications at the time of transfer, the asset will transfer to the other spouse at its adjusted cost base with future tax payable to the recipient.

In the case of depreciable property like a rental property, a transfer may include capital cost allowance (CCA) previously claimed as depreciation that will not be subject to recapture on the transfer, and instead taxable some day to the recipient spouse.

According to the Canada Revenue Agency, if “you are entitled to receive, or required to pay, the amount under a decree, order, or judgment of a court, or under a written separation agreement to settle rights arising out of your relationship on or after the breakdown of your relationship,” qualifying account transfers can be made without impacting contribution room. This applies to Tax Free Savings Accounts (TFSAs), Registered Retirement Savings Plans (RRSPs), and similar registered accounts used to equalize assets between spouses. These accounts can be transferred without incurring tax, and regardless of the recipient’s TFSA or RRSP contribution room. The assets must be transferred directly between accounts, and should not be withdrawn first.

Registered Education Savings Plans (RESPs) can be transferred between spouses without incurring tax. Although these accounts are generally meant for post-secondary education for children or grandchildren, it is important to note that a RESP account legally belongs to the subscriber. In other words, though meant for a child or grandchild, the subscriber can withdraw the original principal contributions at any time, subject to repaying government grants and paying tax on the accrued income, and is not required to use the funds to pay for post-secondary education.

Private company shares, like other capital assets, can be transferred between spouses at their adjusted cost base without incurring capital gains tax. The same exemption from attribution rules can apply, and subsequent dividends will generally be exempt from new Tax on Split Income (TOSI) rules that came into effect in 2018 as well.

Practically speaking, having a former spouse own shares of an operating company that is a going concern may not be preferable, but if a business is a primary family asset, that may be unavoidable. There are legal and other considerations beyond tax to be considered in such situations.

Rather than transferring shares of an investment holding company to a former spouse that both spouses will own afterwards, restructuring the corporation to transfer some of the corporate assets on a tax-deferred basis to a new holding company may be preferable. In this way, both parties can make their own investment, dividend and other corporate decisions without impacting each other.

The deferred tax implications make it important to consider tax when dividing assets upon the breakdown of a relationship. $100,000 in a TFSA account is more valuable than $100,000 in a RRSP account because of the tax implications of taking those future RRSP withdrawals. As well, $100,000 of cash is more valuable than $100,000 of non-registered stocks purchased for $50,000 due to deferred capital gains tax.

Separation or divorce can be confusing and difficult financially. There are tax implications that will result, and understanding them may help you better understand your personal finances after a breakup. Be sure to seek legal and tax advice accordingly.

Different mortgage calculators show you what buying or refinancing...