Damage caused by Mississauga house explosion will be costly

One home suddenly exploded. Now there's damage to dozens of others. So who picks up the tab? Home insurance to the rescue

Minutes after a deafening explosion late Tuesday night, residents in Hickory Drive in Mississauga, Ont. ran from their homes. A home had unexpectedly exploded. Obliterating the tin-foil lined bungalow and catastrophically damaging two adjacent homes, before leaving foam insulation and debris on neighbouring houses and down the street. (To read more, go to CBC.ca.)

“Something was definitely going on,” explained a resident from the townhouse complex directly behind the epicentre of the explosion. He and his wife, both retirees, were home at the time when the explosion occurred at around 4:20pm on Tuesday afternoon. “I thought it was a major earthquake until I looked out the window and saw the house levelled to the ground.” The unnamed man, who spoke to reporters before a police update on Thursday morning, also stated that he couldn’t recall any chemical or gas smells immediately before or after Tuesday’s explosion at 4201 Hickory Drive.

At this time, police and fire officials still have very few answers to offer. “We have a number of pieces that are still playing out,” explained Tim Beckett, Fire Chief for Mississauga. What fire and police officials did confirm is that the homeowners of 4201 Hickory Drive were Robert Nadler and Diane Page—both of whom turned out to be buried in the home’s rubble. Police also confirmed that the male homeowner, Robert Nadler, was the same man that had been convicted of killing his best friend, served time and then released on parole.  “The active investigation is being pursued by Division 12 Criminal Investigation Unit, but we’re not ruling out that this was an accident. It still needs to be determined,” explained Police Sergeant Josh Colley.

On Thursday 69 of the original 700 evacuated residents were still displaced from their homes. By Friday, that had been reduced to 49 residents with homes closest to the explosion epicentre. “We will continue to decrease the number of residents impacted by the evacuation order, but this is contingent on how quickly we can get gas and hydro turned on, and whether or not the active investigation needs to limit access to the area,” explained Beckett.

Residents impacted by the explosion and the investigation are reminded that a “hub for information” is being set up at the Burnamthorpe Community Centre. At this site, residents will find social services, utility representatives, shelter options, Insurance Bureau of Canada reps as well as information on how to get vouchers for clothing and groceries.

Even as the investigation regarding the cause of the explosion continues the questions are starting to bubble up. Many residents want to know when they can return to their home? Others want to know who will pick up the tab for their evacuation? While others wonder whether or not home insurance will cover the damage caused to their homes?

Who pays for your living expenses if you’re evacuated?

If you can’t remember who your insurance provider is—and can’t get access to the documents to help you determine what company to contact—contact the Insurance Bureau of Canada. Many policies are now stored digitally, making it easier to track down policy numbers, coverage claim limits and contact numbers. Another option is to contact your independent insurance advisor. Part of their role is to help you negotiate the claims process.

Even as you go through the process of filing a claim, start to track all expenses and keep all invoices. You’ll need to submit this record of expenses you’ve incurred, while in forced evacuation, to your insurance provider.

Also, you may want to ask, specifically, what’s covered under the “alternative living arrangement” portion of your insurance policy. While costs like rent and utilities are covered, other costs, such as the purchase of a new bed, may not. Talk to your insurance provider to get a clear picture of what’s picked up and what’s not.

What about my mortgage?

One thing your insurer will not cover are your monthly mortgage payments. “Insurance companies don’t take over these payments even if you’re unable to live in the home,” explains Adam Mitchell, president of Mitchell and Whale Insurance Brokers in Whitby, Ont. “Just like credit card payments and other bank loans, you’re on the hook for making your monthly mortgage payment and paying off your mortgage yourself.”

However, with all your living expenses covered by your insurance company, you should still be able to make your mortgage payments. If, however, you find it to be a bit of a struggle meeting these debt obligations, be proactive. Call your mortgage lender or credit card company and explain the situation. They may be able to find alternative payment arrangements that will help protect your credit score, while helping you meet your debt repayment obligations.

So will my home insurance cover the damage?

For those 700 homes that were initially evacuated, the question remains: Is there damage? And who will pay to repair it? While home insurance is a pretty standard part of homeownership, truth is, few of us understand the details. We vaguely understand that if there’s a fire, we’re covered, or if someone breaks in and steals our belongings, we’ll be compensated. But what happens if our home or belongings are damaged or destroyed in a random event, such as a gas leak explosion, or from a natural disaster, such as an earthquake?

For the Mississauga residents whose homes were damaged in the Hickory Drive explosion, your home insurance policy should cover the repair and replacement, as long as you were paying your insurance premiums. That will be great news for some area residents. “The explosion shattered windows and sent floor and roof joists through the walls and roofs of neighbouring homes,” explained one resident of the Dixie Road townhouse complex that was directly impacted by the explosion.

Home safe home: How to make sure your home is protected for the threats that matter most »

What if the explosion turns out to be a criminal act?

Believe it or not but damage caused by intentional acts—such as vandalism or a criminal act—or often excluded from coverage under a homeowner’s insurance policy. But that doesn’t mean residents impacted by the Mississauga explosion will be left picking up the tab. Damage caused by an intentional criminal act is excluded, but the intent is to stop an insured from benefitting from a criminal act, not to penalize unintended victims.

The best example is if a homeowner were to set fire to their home, explains Albert Schmidt, of Ontario-based Erb & Erb Insurance Brokers, on his blog. Because the fire is an act of arson, the insurance company would void the homeowner policy and not cover related damage and repair costs. Yet, a similar accidental fire that caused the same type of damage would be covered. “These exclusions are perfectly understandable,” explains Schmidt.

Are there other exclusions?

There are also some surprising situations where insurance companies won’t cover damage or loss. For instance, damage caused directly or indirectly by war is excluded, as is damage caused by an invasion or by an act of a foreign enemy. Damage caused by terrorism is also excluded and, for those living near Pickering, Ont., damage from a nuclear incident is also not covered under your regular home insurance policy.

Then there are the typical, but perhaps not well-known exclusions. Things like flooding, damage from water seepage, damage from earthquake, and damage from snow or landslides are all excluded. Yet, quite often you can purchase additional coverage that will cover damage from these events.

Earthquake insurance is one such example. Not included in comprehensive policies, but it can be added as extra coverage (also known as a “rider” or an “add-on”). If, a homeowner in Ontario were to add this coverage they’d pay roughly 50 cents per $1,000 of coverage, explains Gilles Gratton, spokesperson for Intact. So, a home with a replacement value of $300,000 and maximum contents coverage of $100,000 would require an additional $200 per year in premiums to cover earthquake damage.

Home insurance you didn’t know you had (or could get) »

If I need to make a claim, what can I expect?

While insurance settlements are not windfalls, they are in place to minimize the financial impact of unexpected and expensive situations, like a catastrophic house explosion.

For those Mississauga residents caught in a situation of having to make a claim, there are a few details to consider. If, for instance, the insurance adjuster estimates the cost to replace your home and belongings is $850,000, then keep in mind you’ll still be on the hook to pay all the HST associated with this repair work. And don’t forget to subtract your deductible from the final coverage assessment offered by your insurance provider. While many insurers may waive this deductible if you’ve been with the same company for five or more years, there is no guarantee that this will happen, which means you’re still on the hook for the full deductible amount.

Also, if your policy is based on “actual cash value” (ACV) then your insurance policy will only pay the depreciated value of each possession listed in the claim. For example, if you paid $10,000, five years ago, for a new asphalt roof with a guaranteed 25-year lifespan, you’ll only get $8,000 (the cash value of a roof that’s depreciated by 20% over the last two years).

If, however, you have a policy with a guaranteed replacement value (GRV) then you’ll need to pay attention to the maximum coverage and make sure that the total replacement and repair costs don’t exceed that amount. Even with a GRV in place on your house, you may still only receive the ACV on your personal belongings, so read your policy carefully to determine how coverage costs are calculated on both your home and belongings.

How to tell if a home insurance settlement is fair? » 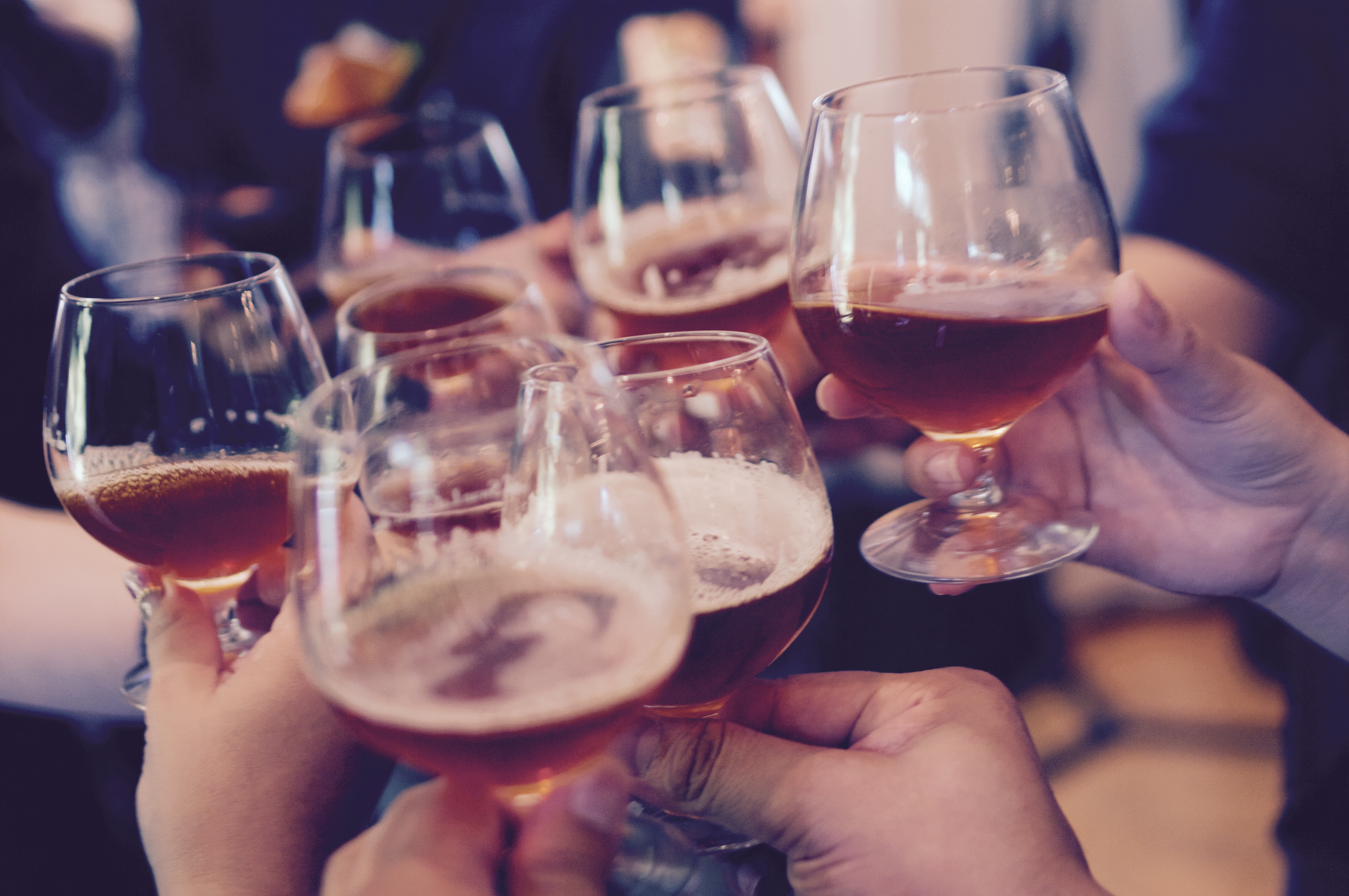 Pete wants to know whether he is legally responsible... 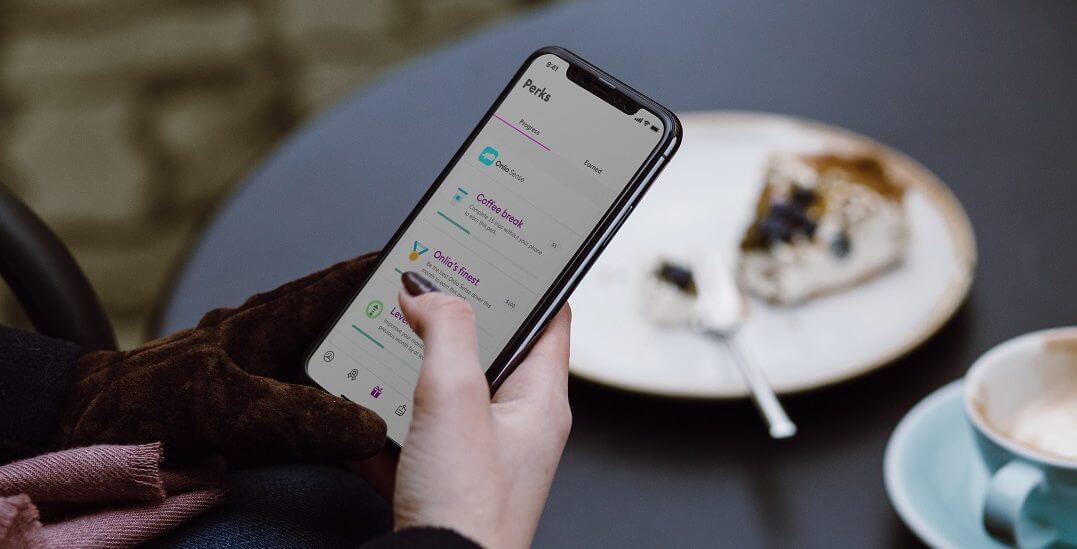 Can rewards make you a better driver?

Read Can rewards make you a better driver? 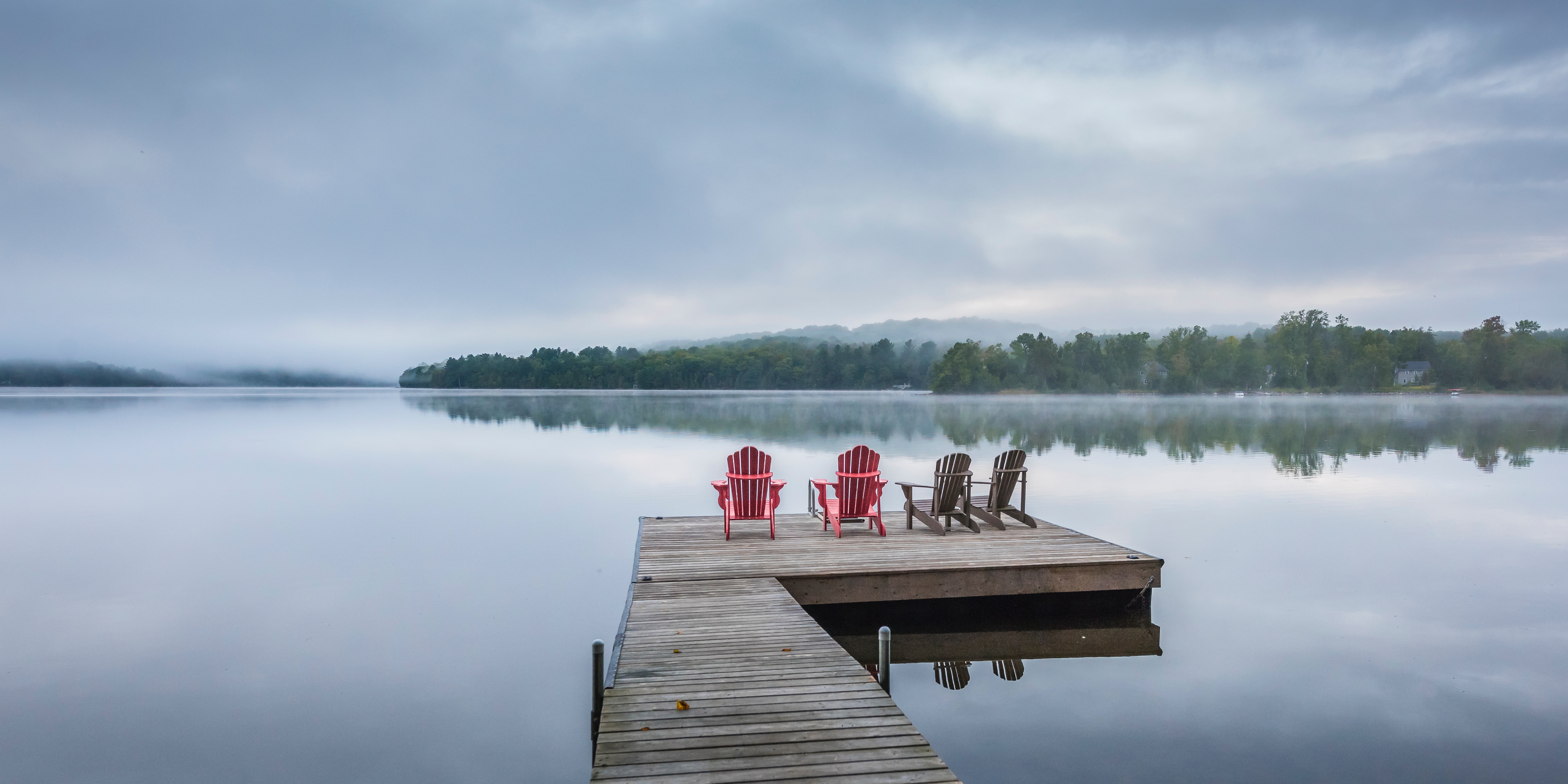 “Who’ll pay for the cottage if I die?”

Having a mortgage doesn’t necessarily mean you need life...

Read “Who’ll pay for the cottage if I die?” 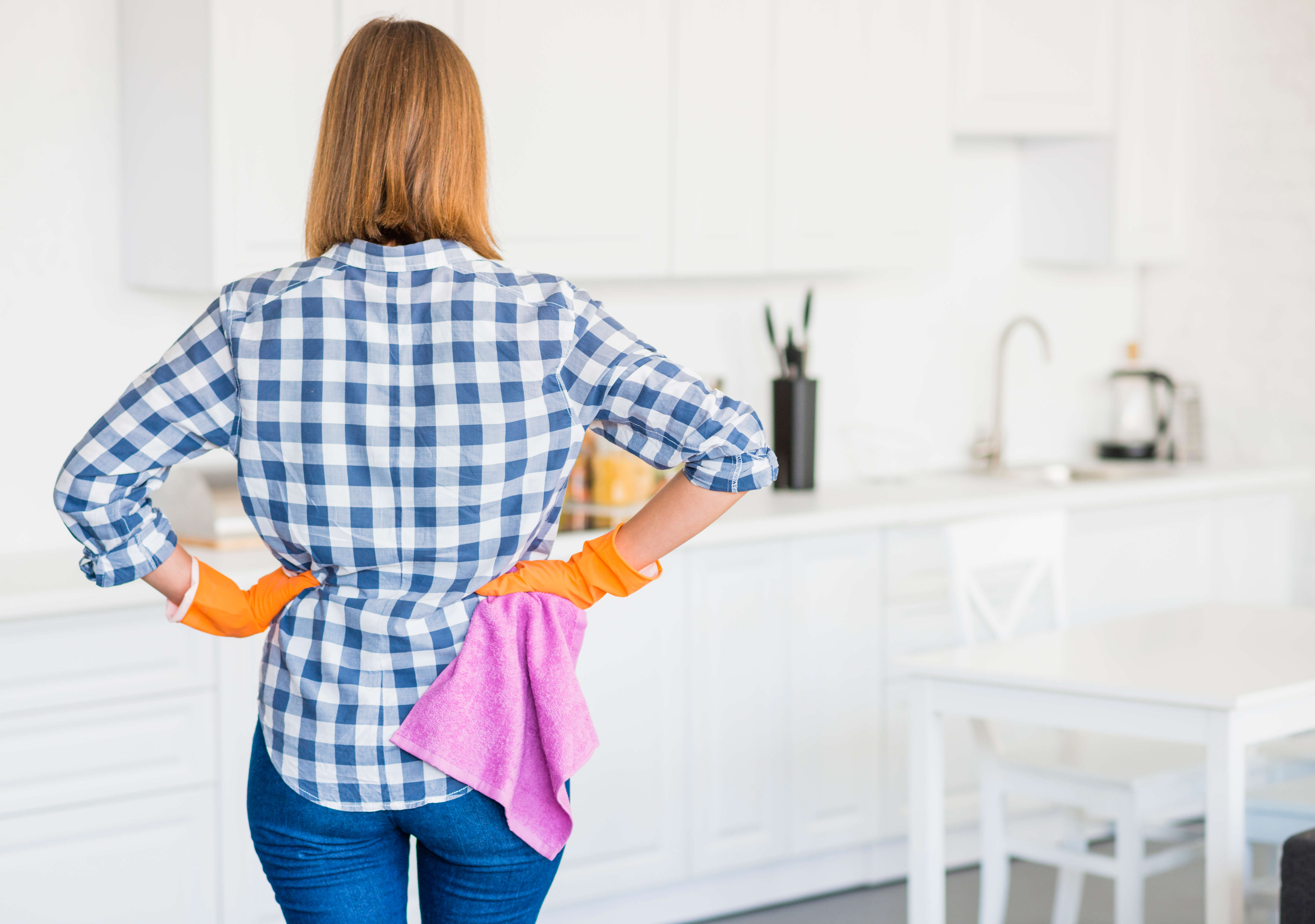 Read “I discovered water damage in my home. Will insurance cover me?” 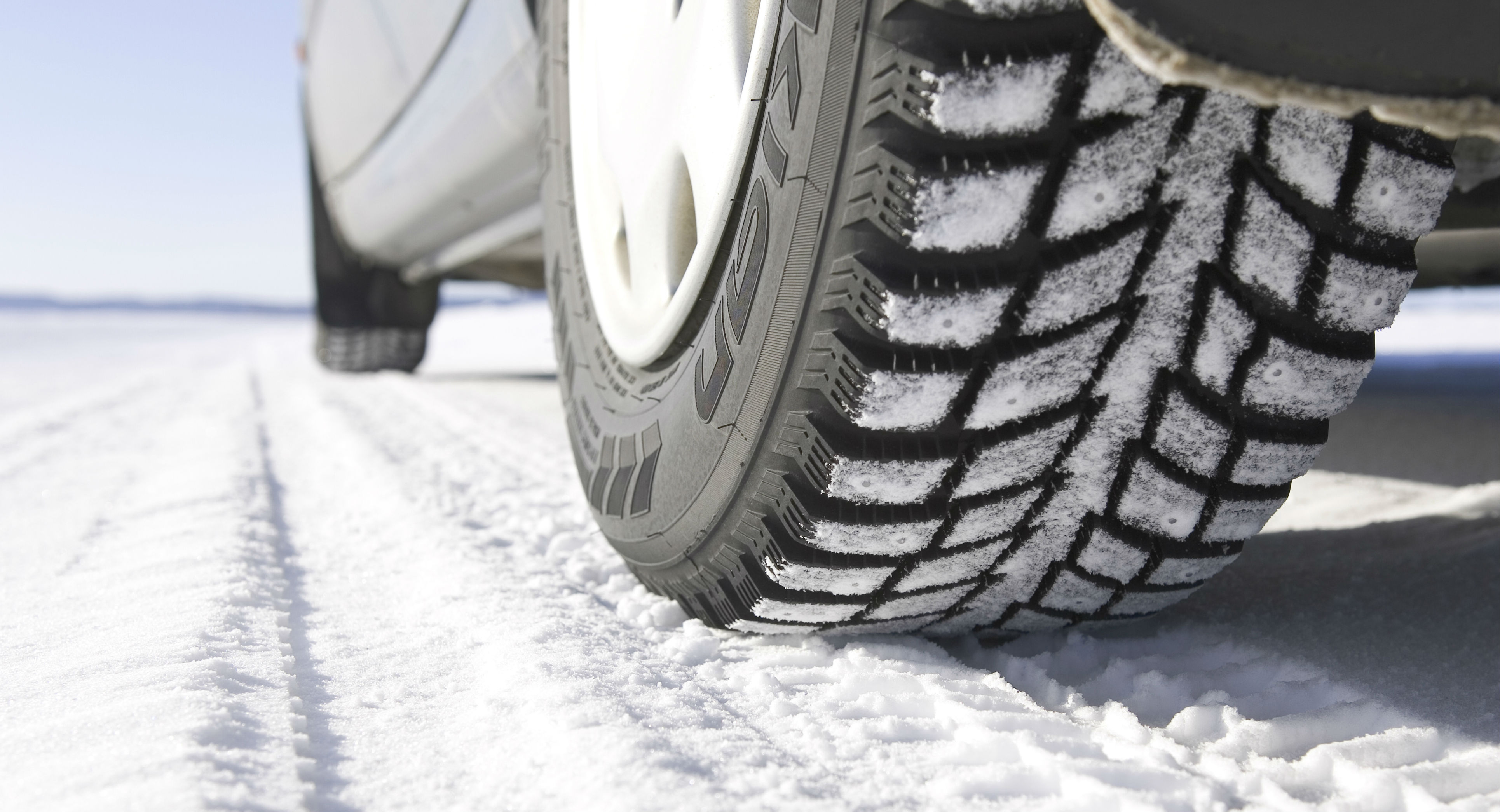 Is the homeowner responsible for an accident on his property?

Someone slipped and fell on Ray’s driveway. His home...

Read Is the homeowner responsible for an accident on his property? 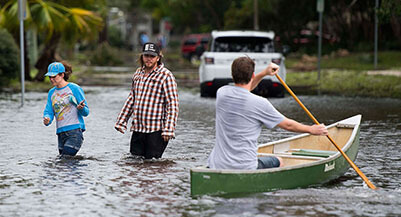 Insurance costs to rise for snowbirds after Irma

Read Insurance costs to rise for snowbirds after Irma 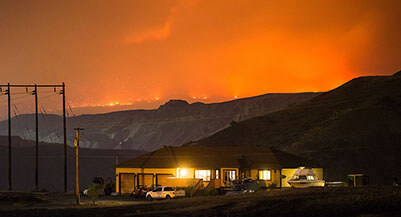 6 steps to consider for insurance claims 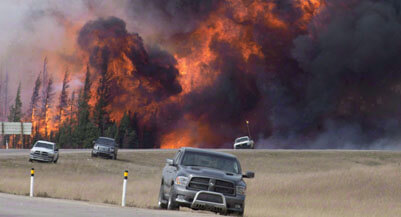 The costs of the Fort McMurray fire

A year later, expect higher insurance premiums for one

Read The costs of the Fort McMurray fire 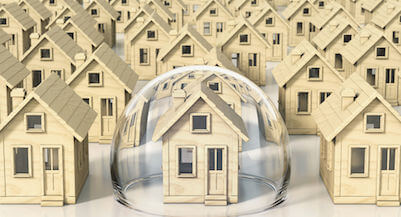 Find out what your home insurance does and doesn't...