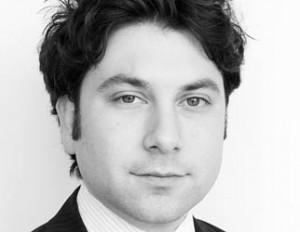 If there’s anything Canada should be proud of it’s that our real estate brokers didn’t employ sub-prime mortgages as a sales tactic. Our real estate sector has largely held up over the last couple years, while America’s housing market has been decimated. Still, Canadians are a cautious bunch and Jim Flaherty has been concerned that our mortgage rules — which have relaxed over the last few years — were a little too soft.

This morning Flaherty made it a little more difficult to buy a home, announcing that anyone who takes out a mortgage must be able to pay based on a standard five-year fixed rate, even though they may choose a variable rate. It might not sound like a big deal for those of us already in the real estate game, but it could leave some home-owning wannabes renting for a little longer.

It’s not hard to see why Flaherty chose to address the fixed-versus-variable debate. Right now interest rates are so low that people buying a home with a variable rate will get a great deal. That deal won’t be so good when rates begin increasing, as they inevitably will sometime in the latter half of 2010. After a few years of climbing interest rates variable rate homeowners could be stuck with a much higher bill than they started with. Flaherty’s concerned that people who can’t afford homes are buying them, and will be forced to default later, when rates are higher. So if you can’t pay a five-year fixed rate then you shouldn’t be paying anything at all.

This is a good move for a couple reasons — it would be a disaster if people want the low rate now, but can’t afford the higher one in a year or two (it sounds a lot like sub-prime, doesn’t it?) and it should discourage people from the variable rate option, which is bad from a personal finance perspective anyway. It made sense years ago, as interest rates were dropping, but now, with rates poised to rise, what’s the point of going the variable route when the fixed option may actually save you money in the long run?

Flaherty made another change to the rules. People who want to refinance their house can only borrow against 90% of the home’s value, down from 95%. According to Dan Mass, a Calgary-based real estate broker, this won’t affect most borrowers. “Most lenders that we deal with do not offer refinances up to 95% loan-to-value to begin with,” he says. “The majority of lenders have already tweaked the security of their refinance portfolio by capping their loan-to-values at 90%. Also, I have not found such high loan-to-value refinances to be in demand lately from the borrower.”

The government also announced that real estate investors must put down 20% for a non-owner-occupied home in an attempt to curb speculation. Mass says “not everyone should be a revenue property owner” and says this rule will make the housing biz healthier for lenders and brokers.

What I found most interesting about this announcement was what Flaherty didn’t say. He didn’t cut the amortization period from 35 to 30 years and continues to allow 5% down payments. Many thought he would change those rules, and he still could, but it’s dangerous. If he makes it more difficult for Canadians to buy homes — and playing with down payments and amortization would be a much bigger deal than what he announced today — the market will likely crash.

Did Flaherty go far enough? I think these are definitely improvements to the current system, and while forcing people to pay more upfront — it has been only a couple years since you had to put 25% down to buy house — will make for an even healthier market, it would have meant I couldn’t have bought a house and, well, I like owning a home.