Secrets of the rich: Use other people’s money

Want to build a real estate empire or grow a business from scratch, but you don’t have the cash? Try a little leverage. 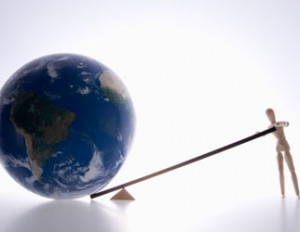 Borrow to buy real estate
It was the mid-1980s and D.G. Southen was only 24 years old when he bought his first investment — a house near the University of Western Ontario in London, Ont. He borrowed $20,000 from his parents to put a down payment on an $80,000 house. To pay the mortgage and other costs Southen rented the place out to six other roommates. “I slept in an unheated attic and paid the mortgage from the rent I collected.” After a few years Southen grew tired of living with so many people, so he sold the house for $108,000, paid his expenses and used the net profit for a series of down payments on four condo units near the university. Southen was fortunate: he caught an “updraft” in the housing market and made a lot of money.

Over the years, Southen has continued to borrow to invest in rental properties. These days he no longer looks at buildings with less than 40 units. “I’m older and I need to allocate my time more wisely, but I had to start somewhere.” The part he likes best is that once a property’s mortgage is paid off, it will keep spinning off cash every month from the rent. “Most people will draw from a retirement fund when they stop working and most will deplete that asset as they earn their income,” he says. “Not me. I’ll earn an inflation-adjusted $50,000 from just one of my holdings, and I won’t ever touch the capital.”

Large apartment buildings may be out of the equation, but the good news is that real estate is probably one of the more accessible ways to invest borrowed money, says Talbot Stevens, financial educator and author of Dispelling the Myths of Borrowing to Invest. “It’s a mini-business that doesn’t have a lot of complexity to it. For the average person real estate can be a good strategy.”

To make sure you don’t get burned, the key is to remember that borrowing to buy an asset, called leveraging, magnifies both the gains and the losses. To understand how this works consider what happens if you put 10% down on a property worth $300,000. Your original investment is $30,000. If the house goes up in value by $60,000 and you sell, you’ll make a $30,000 profit (before interest, taxes and expenses). So the house only went up in value by 20%, but the return on your investment was 100%. That’s how leverage juices your returns.

Now consider the downside: What if the house drops in value by $60,000 and you sell? If that happens, you won’t get any of your $30,000 down payment back, and worse, you’ll also owe $30,000 to the bank to pay off what you’re short on the mortgage. In this case, the investment has declined in value by just 20%, but you’re underwater by 100%. You’ve lost more than you invested to begin with.

That’s why the key to building a successful real estate portfolio using leverage is to invest in property that is cash-flow positive. That means the income you get from renting out the property covers all your expenses, including the mortgage, taxes, insurance, maintenance, repairs and a contingency fund. That way your property will be making money for you whether house prices go up or down — so hopefully, you’ll never be forced to sell in a down market.

Borrow to start a business
More Canadians have joined the ranks of the truly rich by starting their own businesses than by any other means — and almost all of them had to borrow big to do it. But it’s not for the faint of heart. When Toronto bread and gourmet sandwich maker Simon Bradley needed cash to set up a shop in Toronto, he struck a deal with his banker that gave him access to close to $500,000 in funds. But he had to pledge his house as collateral. Seven years and one child later, Bradley (we changed his name to protect his privacy) now owns four successful bakeries, including a flagship store in Toronto’s financial district. He gambled that using leverage to secure high-traffic storefront locations in key areas of the city would pay off, and it did. His profits are soaring and his business is still growing.

The best part is, the richer you get, the easier it is to borrow more. If you borrow enough, eventually the people who lend you money are taking on more risk than you are. “Rich investors, like the Reitmans or the Trumps, borrow aggressively, role the dice and hope to win big,” says Talbot Stevens. “And, if they don’t? They flush the loss and start over again — with someone else’s money.”

If you’re interested in borrowing to start a business, you should start off using leverage in conservative and responsible ways. If you’re like most entrepreneurs, you’ll start with what’s called “love money” — low-interest loans from family and friends, explains Rick Spence, a consultant and founder of the Canadian Entrepreneur blog. Once you’ve burned through that, you’ll likely turn to angel investors — wealthy individuals who enjoy the risks and rewards of a start-up. “You can borrow anywhere from $10,000 to $100,000 with angel investors,” says Spence, but these investors expect a return on their investment, and it often comes in the form of part ownership or a stake in your earnings.

If you need to borrow from banks or other financial institutions, it will come at a steep price. Even in today’s low-interest environment you can expect to pay 12% on a business loan. Instead, consider borrowing against the equity in your home, says Spence. That’s what Mark Pervan did when he launched his renovation business in the midst of the recession. He used a secured line of credit to smooth out cash flows and keep everything on schedule. Two years later, he’s debt-free and so busy he has to turn down work. “Many advise against using this type of leverage because if your business fails then you could lose your house,” says Spence. Still, for many entrepreneurs, it’s the cheapest way to borrow.