The payoff: Work from the outside in

Make sure your financial footings are solid, says Mike Holmes. 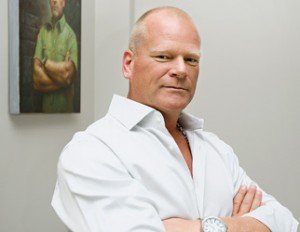 When my sweetheart walked into the house we bought in 2006, the first thing she noticed was the kitchen. She said, “Oh, this has to be redone.” I laughed because to me all that stuff on the inside is trivial. I walked around and looked at the roof. Then I looked at the structure, and the cladding, and the windows. Those are always the first things you should address in a home.

I think most people have a backward spending philosophy when it comes to buying a property. All they see is that fancy bathroom renovation or glitzy kitchen. They’re imagining themselves at that island with the granite top. But they’re not seeing the flaws in the home that can cause big problems. If you really want to save your money, start from the outside and work your way in.

I always, always start with the roof. After all, which way does water run? Downhill. When we bought our house, the first thing I did was grab a ladder and get up there to take a good look at the shingles, the chimney and the flashing. There was a satellite dish that was screwed directly into the roof. None of the screws were caulked, which is foolish because it can cause a slow leak. But that wasn’t the biggest problem—the real issue showed up when I took a look at the attic.

What did I find? There were signs of moisture up there because the roof wasn’t breathing properly. As it turned out, the soffits were blocked by insulation. We had to clear them to allow hot air to escape in the summer and ensure we weren’t losing heat in the winter. If the house is losing heat into the attic space, it mixes with cool air and causes condensation. Apart from the fact it costs you more to heat or cool your home, the moisture can lead to mould and even wood rot in the long run. Then you’ve got a real mess.

That’s what was happening in our house. We put a couple of thousand dollars into repairing the roof and adding some vents, but it will save us tens of thousands of dollars in future. That kind of work doesn’t even register on my sweetheart’s radar, but I did it anyway. I look at my home as an investment.

The next step was to take a look at the windows. They were in half-decent shape, but they needed to be recaulked. And of course, that had to be done the right way: You don’t just put new caulking over the old caulking; you have to remove the old caulking first. I could have put in all new windows, but by making a few simple, low-cost repairs I was able to get more life out of the ones that were there. That’s a cheap fix. I’d say it cost us $1,500. If I’d installed all new windows it would have been $10,000 to $20,000.

Another trouble spot at our new home was the backyard. We’re up on an escarpment and have a hill behind the house that channelled the water toward the foundation. I had to reroute that water away from the house. That involved digging out the backyard and bringing in two tractor trailers full of rock to create a huge patio and a big retaining wall. All of that diverted the water to the sides of the house, where I placed weeping tiles to drain the soil. That took a good month during which my wife kept saying, “You’re doing all this work on the outside of the house. What about the inside?”

She’s not alone in that tendency to focus on cosmetic things. Unfortunately, I believe the human mind works by illusion. We want our house to look wonderful. We’re not thinking about whether it’s going to stay that way. Take basements: a lot of people go and finish their basement and then call me because it’s leaking like crazy. Or the drain has backed up into their newly renovated room. That’s like throwing your money away.

I’ll say it again: work from the outside in. There’s no point in doing a beautiful renovation if it’s going to be ruined by water damage. Here’s something simple everyone can do to avoid flooding: make sure your foundation is solid and check the drains in the floor with a camera scope before you finish your basement.

I know all this, but my life is no different than anyone else’s. My wife doesn’t care about the structure of the house—if she’d had her way, we would have done that new kitchen first. It drives me nuts. Instead, I did what needed to be done on the outside of the home, as well as in the backyard. That work wasn’t a priority for her, but after it was all done, she said: “That looks good! But we are still going to do the kitchen, right?” And she reminded me over and over again. I got no peace until it was finally done.

Mike Holmes is a professional contractor and host of the HGTV television shows Holmes on Homes, Holmes Inspection and his new series Holmes Makes It Right.