Researching your next vehicle? We've rounded up the best cars for 2021, no matter how you drive or where you live in Canada. 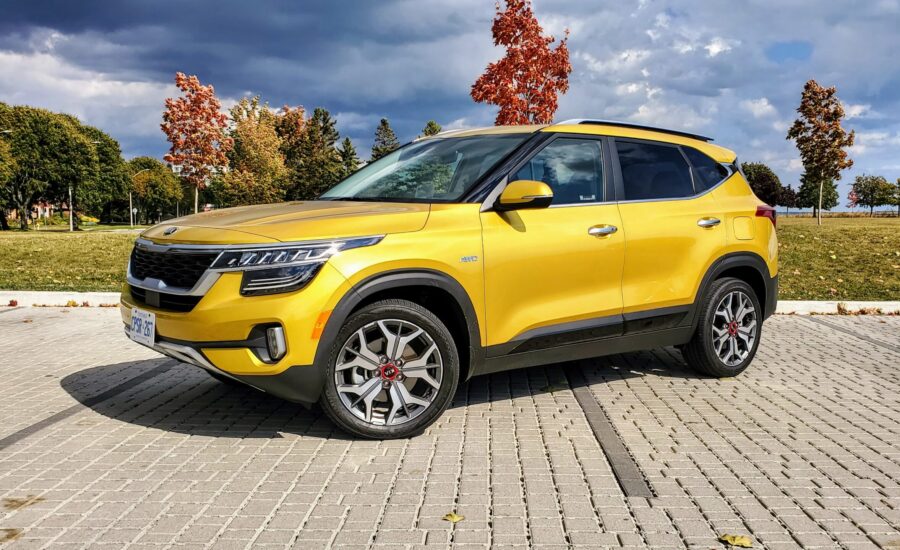 Whether you’re looking to freshen up your ride or invest in your very first one, you’ve got choices. Automotive showrooms are filled with several new designs for 2021: While the trend for crossovers and SUVs continues to grow, the new model year also offers up noteworthy sedans, as well as a host of new electric models and (gasp) there’s even a completely redesigned minivan.

When COVID-19 hit, many Canadians stayed home and left their vehicles sitting in their driveways. And that hit the automotive sector hard. By April 2020, new car sales were down 70% compared to the previous year. Since then, though, sales have slowly been returning to more traditional numbers. A few automakers even recorded their best-ever October on record, so it seems that Canadians are thinking about purchasing new vehicles once again.

For some, a new automobile purchase represents a mobile refuge and a means to travel while we shy away from flying for the time being. (The idea of a safe haven on wheels might make some wonder if the iconic AMC Pacer with its bubble-shaped roof was built a couple decades too soon.)

If you’re wondering what kind of car you need now, it still makes sense to start with where and how you live. That’s the framework for our roundup vehicles to consider if you live downtown and need to squeeze into a tight underground parking spot, or if you have plenty of elbow room in the burbs and beyond.

City living has plenty of advantages, but spaciousness isn’t often one of them. Vehicle ownership for those living deep within urban confines comes with a host of unique challenges like on-street parking or driving on old and narrow streets. So, it’s no surprise that many urban vehicle owners tend to prefer smaller-sized choices.

The darling of auto designers has been the sub-compact crossover. Just about every mainline automaker has an offering in this category making the space full of choices. Not to be left out, Kia has launched the all-new Seltos. Despite it being about 15 inches shorter than a Honda Civic or Kia Forte, the Seltos with its high roofline is far roomier inside than one would think. A pair of engine options, and plenty of standard safety features make it a good value proposition. And for the Gen Y and Z set, the top-level trim has a Bose sound system with mood lighting that pulses at night to make it like a nightclub on wheels.

Mazda MX-30, price to be released

For years Mazda pointed to the fact it was a smaller automaker compared to larger Japanese rivals as a reason why it had not launched an electric vehicle. That changes in 2021 with the launch of the MX-30. It will be a compact crossover that will resemble the CX-3, but not much else is known about range, power, and pricing just yet. In the meantime, rev up for a test drive next spring when it’s expected to hit Canadian shores.

Subcompact cars are still on trend, and while there are fewer automakers offering them, those who do are committed to packing a lot of car into a limited space. Nissan is launching its third-generation Versa in 2021 and the new design goes beyond what small, entry-level vehicles are known for. It’s a sedan that still targets younger buyers or those looking to downsize, but the more attractive design with plenty of modern tech and safety features—such as Nissan’s Safety Shield 360 suite—will attract buyers across the board.

Every so often an automaker will bring back a nameplate that they jettisoned, and in Toyota’s case that would be the Venza. With a design that comes off as a cross between a typical wagon and a crossover, the Venza was a popular family vehicle for Canadians before being shelved five years ago. For 2021, the Venza is back with updated styling including higher and sculpted lines that will attract buyers who want to own something sophisticated and geared towards modern comfort. Most notably, the new Venza is only offered with a hybrid powertrain with no gas-only option available.

Perhaps the one automaker that remains committed to making wagons more than any other is Volvo. The V60 mid-sized wagon has always been a popular seller within the brand, and for 2021 it includes Volvo’s new Advanced Air Cleaner technology and a sensor that can measure microscopic particles inside the cabin. It’s a feature currently unique to Volvo, and if you have the budget, it can help ease your COVID-era jitters.

Dependable drives for the suburban set

If you live in the suburbs, you typically have a greater reliance on your vehicle to manage the demands of daily life. Outside the city limits is where growing families seek more space and where vehicle needs tend to be a bit different than for those deep in an urban jungle. Must-haves for their chariots of choice include enough passenger room for growing families as well as cargo space for the usual array of hockey bags, golf clubs and grocery bins.

The mid-sized crossover segment is typically where automakers find their best-selling models. In the case of Nissan, the Rogue represents about 30% of their entire sales, and for 2021 they have launched a third-generation model to keep sales strong. The new Rogue has a bolder look than before with many family-friendly features such as a 2nd row door that opens 85 degrees to make it easier to load a baby seat.

Sedans still have a place in suburban settings, but those that do well tend to offer roomy passenger comfort and enough trunk space for cargo. While the new Sonata design is technically a 2020 model, it’s noteworthy for the extremely eye-catching exterior design and new technology: The hybrid version of the Sonata now comes with roof solar panels to provide extra energy to the vehicle when the sun is out. And for suburban drivers not used to parking in tight city spaces, their smart-park autonomous parking technology is a true blessing to enjoy.

Nissan Ariya, price to be released

The automaker that brought us the Leaf is ready to introduce its 2nd all-electric model with the Ariya Crossover. Sized similarly to the Rogue, the Ariya is said to have a driving range of close to 500 KMs (and up to 375 km with a 30-minute Fast Charge) and a lush lounge-like interior. Look out for complete details in the spring.

Despite rumours to the contrary, minivans still exist. And for larger families who need more than 5 seats and plenty of cargo space to match, there’s nothing that beats a minivan. The lament for minivan lovers is that the pickings today are slim, but there is room to rejoice as Toyota is launching a new version of their Sienna for the first time in a decade. The biggest change among many is that it comes standard as a hybrid, which means larger families can have the space they need and also save more at the pumps.

Over the years, the Cadillac Escalade has been seen in parking lots of many a hockey arena or suburban shopping mall. The behemoth 3-row SUV has always appealed to those looking for a big ride with a big price tag, and for 2021 an all new Escalade has arrived. The new model features a massive 38-inch OLED curved display screen and an available 36 speaker AKG sound system. This is a truly tricked out ride.

Versatile vehicles for any postal code

2021 will also see several new models fit for any driveway. And while we’re not trying to put the spotlight solely on Ford here, the reality is that Canada’s top selling automaker has three highly anticipated new releases coming in 2021.

Perhaps no battery electric vehicle has garnered as much buzz and even controversy as the Mustang Mach-e. Many Mustang purists have frowned at the idea of putting the legendary muscle-car brand into a new electric crossover, but Ford believes they have created something that will appeal to both environmentalists and performance car lovers alike, and we wait with huge anticipation to see whether that’s true or not.

Canadians love their trucks, and no truck sells more in Canada than the F-150. For 2021, it heralds the 14th generation of the ubiquitous half-tonne, and the new design is like an office on wheels to meet the needs of professionals who need the space and flexibility to work out of their truck. Another big change for the F-150 is the first ever available hybrid powertrain with an all-electric model coming in 2022.

After a 25-year hiatus, Ford is reviving an iconic nameplate and in doing so, it has put the Jeep Wrangler clearly in its crosshairs. There will be three new versions of the Bronco that finally shake-off it’s bad boy image. The Bronco Sport will be your typical family-hauling and mid-sized SUV. It arrives towards the end of 2020, followed by 2- and 4-door 4×4 versions in the spring with the flexibility to remove the doors and the roof so you can head out for free-wheeling and off-road adventures.