The truth about lease busting

Can taking over a lease save you money? 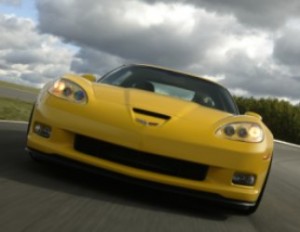 David Goldstein hasn’t owned a car in 15 years. The Toronto marketing professional ditched his Acura in 1995, but not because he wanted to take the bus. He started leasing and hasn’t looked back. “I’m driving a Mercedes ML500,” he boasts.

Most financial planners will tell you that over the long run, leasing costs more than buying. But Goldstein’s doesn’t pay full price. He uses leasebusters.com—a website that connects people who need to break a lease with people who want a new car. Goldstein says that by doing so, he can get some serious deals. For instance, the first owner of his Mercedes put $17,000 down, which reduced his monthly lease payments to $695—about $500 lower than they would be if he drove the car off the lot.

But is taking over someone else’s lease always the best way to go? And is it cheaper than buying used? We talked to George Iny, director of the Automobile Protection Association, to find out.

Iny told us that assuming leases can indeed save you big money over leasing direct from the dealer. To get the best bang for your buck, he says you should make sure that the original lessee made a substantial down payment of at least $3,000. You should also look for distressed sellers who offer cash incentives to take the car off their hands. Having the seller cover two to four months of payments is typical agreement if he needs to get out of his lease fast.
The other advantage of taking over a lease is that up-front costs, such as the GST and PST, have already been covered by the original lessee.

But even so, there are some cases where it may actually be cheaper to lease directly from the dealer, Iny cautions. Toyota, for example, now offers cheaper lease rates than it did four
years ago. So a new lease from them could have lower monthly payments than an assumed one.

And when you compare lease busting to buying used,Iny says leases usually lose over the long run. “A vehicle loses its largest percentage of value in first three years,” he says. Sometimes, the price can even drop by half. Most assumed leases can’t compete, especially if you plan on driving the car for at least five years.

The only instance where assumed leases might come out ahead is when you must have a new car on a regular basis. That’s the case with Goldstein: He loves driving a different car every couple of years, so his love affair with leasing will continue, he says—whether it makes financial sense or not.