Two readers believe there is a flaw in the design of the tops of their cars’ hatch doors. Should the manufacturer recall these vehicles? 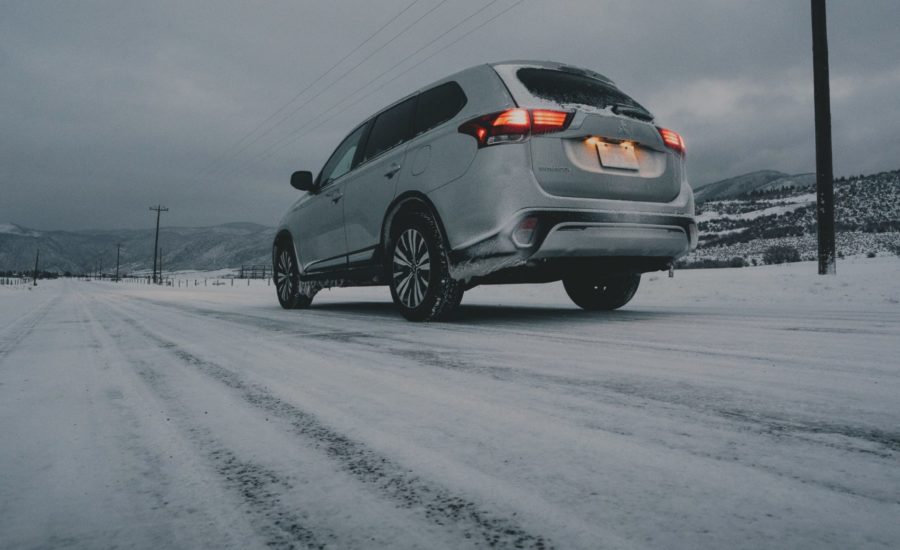 Photo by Clay Banks on Unsplash

We received two reader questions on the subject of hatchback doors and ice damage:

Q. We own a 2018 Toyota Highlander XLE. There was a large ice storm in our area. After clearing the snow and ice off the roof of the vehicle, I proceeded to press the lift gate (rear hatchback door) open/close button inside the cab. I heard loud cracking noises and thought it was some ice cracking so I cancelled the command by re-pressing the lift-gate button.

I went to inspect and saw the plastic lift gate spoiler had broken. Looking more closely, I discovered that a large amount of ice had built up and frozen in the air space between the hatch and roof. That is the space that allows room for the lift gate to pivot when lifting upwards. My mechanic showed me it also bent the roof because of the hydraulic pressure of the lift gate.

Q. I have damage to the top of the hatch door of my 2018 VW Atlas. It happened while using the automatic opening feature. Ice formed in the gap between the body of my vehicle and the hatch door. The ice was not visible from outside the vehicle, so it was not possible to remove it prior to opening the trunk. Now, the top of the hatch door is bent and I can’t open it more than a few inches. My dealer told me to contact VW Canada, but stated this is not normally covered by the warranty. At the same dealership, four incidents like mine have been reported. To me it seems obvious that there is a flaw in the design of the vehicle. What do I do?
– J. in Dollard des Ormeaux, Quebec

A. The unusual weather in Central and Eastern Canada with temperatures that hovered around 0 degrees Celsius last winter has been hard on car bodies and contributed to ice buildup in vehicles. The cavity between the hatch and the roof and window pillars is supposed to function like the eavestroughs and downpipes on a house, and remove water. Like the rain gutters on a house, the channels in your vehicle can back up when water freezes in them, and it can be a challenge to remove ice from the wide horizontal surface at the top of the hatch opening.

Hatchbacks have been around for years, but the issues with buckled doors and other damage appear to have become more common with the advent of powered rear doors. With a conventional hatch (and sometimes car doors), the driver is usually alerted to the buildup of ice in enclosed areas because they can feel additional resistance. Frequently, the first item to sustain damage when this happens is the plastic spoiler or sunshade at the top of the hatch, which will either crack or detach from its mounting when too much pressure is applied. The electric motor on a powered hatch applies much more torque and may not respond to the additional resistance posed by ice until either the hatch or the roof has buckled. The damage results from a combination of weather (an external cause), lack of a failsafe (a design issue), and perhaps operator ignorance (you didn’t consider the possibility of ice inside the hatch opening after removing ice outside the hatch).

Most owners give up on compensation from the manufacturer after their initial inquiry is turned down, and claim under the Comprehensive section of their auto insurance policies, less the applicable deductible. However, it’s important to keep in mind this clarification from Debbie Arnold, a Registered Insurance Broker in Ontario:

“Ice buildup is not an insured peril; therefore damage caused by or contributed by same would not be covered. The claims department suggested that a policyholder suffering this type of loss could report it to their insurer to open up a claim for investigation and allow an adjuster to review the circumstances and see if they can find coverage to apply. Keep in mind, though…that if the vehicle is covered in ice, then the ice should be properly and completely removed prior to attempting access to any part of the vehicle.”

If a pattern emerges in which a particular model is more prone to ice buildup, or the damage caused when the roof buckles is significantly greater than that of other vehicles, it suggests a design weakness may be involved. For instance, when large panoramic glass sunroofs shatter spontaneously, the cause is usually related to stress in the glass at the time of manufacture or an issue with its installation. But a sunroof can also shatter as a consequence of an impact from a rock (an environmental or external hazard), which is why the repair is usually covered by insurance. When it becomes obvious that the large sunroofs on some vehicles are shattering much more frequently than other brands, a manufacturing issue is usually the cause. It those cases, the automaker will sometimes issue a recall.