Taking the time to research the options online, and arriving at the dealership in the right (not hangry) frame of mind can save your family thousands. Here's how to do it. 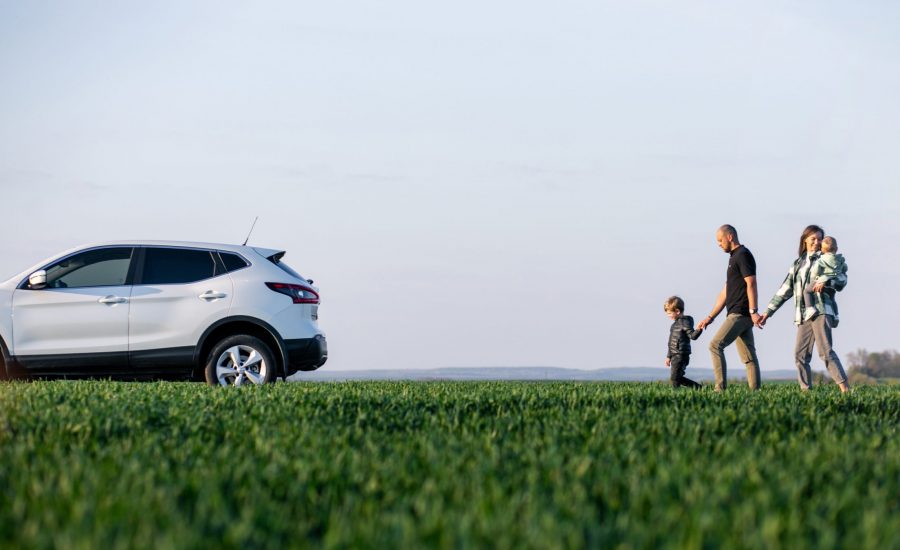 A car is the second-largest purchase you’ll ever make in your life, and you’re likely to make it many times over. Yet, unlike the home-buying process where you might have the professional assistance of a Realtor, mortgage broker, lawyer, and Certified Financial Planner, Canadians often handle the car-buying process alone—and not very well. Here’s a breakdown of the cost of Melissa and Dave’s decision:

Where they went wrong

Let’s dissect where Melissa and Dave went wrong and how you can avoid making the same mistakes. You’ll see that if you plan ahead and do your research, like with anything else in life, you’ll almost always come out on top.

Dave and Melissa learned how not to buy a car the hard way, when they moved to a suburban neighbourhood in Calgary and were embarrassed by how much their van and compact car stood out on the street. Everyone had a shiny new truck or SUV, an apparent necessity in the prairie winters—“Think of the twins’ safety!” was enough to convince them. Melissa and Dave were exhausted from the move, overwhelmed with getting the kids in their new school, adjusting to a new life, trying to make friends at work and at home, but they decided to shop for a new car. They had no idea what make, model, or vehicle they were looking for, but they wanted this project ticked off their long to-do list.

With the ease of the internet, there’s no reason Melissa and Dave should have shown up at the closest dealership to walk away with two SUVs and a whopping $88,050 in debt! It’s never been easier to calmly and rationally decide on the type of vehicle that will match your needs and desires by doing a few hours of research over the span of a week or two in the comfort of your own home.

Tired, hot, and hungry after a hectic week following a big move, Melissa and Dave fell victim to some bad decisions. I’m sure you’ve found yourself in a similar situation, but when avoidable, I’d advise not making any decisions that will cost you almost $100,000 in this state. Did you know that judges are 65% more likely to grant parole after lunch? Considering the fact that judges are highly educated, experienced, and supposedly impartial authority figures, you wouldn’t think such a major decision could be so drastically swayed by a full stomach. But if judges can’t think straight on an empty stomach, then you probably can’t either. The study revealed that it wasn’t just low blood sugar that affected a judge’s decision, but rather a depletion of their cognitive capacity caused by decision fatigue.

On top of the hunger and exhaustion, Melissa and Dave were likely also suffering from decision fatigue. Think about all the decisions you make in a day: Did you get up right away this morning or hit the snooze button? Should you wear the green striped shirt or the white button-up? Did you have coffee at home or Starbucks on the way to work? Will you ask your colleague to go for lunch or eat at the deli on your own? I’m tired just thinking about it! Each day you make dozens, if not hundreds, of microdecisions. If at the end of the day you have to make a major decision like buying a car, a house, or even a suit that you saw on sale, you might suffer from decision fatigue. You’re more likely to buy something you don’t need or want, fail to accurately calculate the costs, neglect to consider your options, or worse, fall prey to someone else’s decision—whether that’s a retailer, financial institution, or salesperson. I’d advise being very cautious, and if possible, take the day off work when you’re making major life decisions or purchases. This advice can also be applied when choosing or meeting with your financial planner, getting a mortgage or life insurance, or setting up your child’s RESP—to name a few.

At the dealership, the twins were agitated, Melissa and Dave hadn’t eaten since breakfast, and there were endless options in the showroom and out on the massive parking lot. As the hot sun beat down, the sales guy approached with ice-cold bottles of water and pretzels for the kids—it was love at first sight! Michael, a friendly face in the sea of car options, immediately narrowed their choices with two easy questions, “What are you going to use the vehicle for, and how much can you afford?”

Melissa and Dave shouldn’t have taken the cold water and pretzels from Michael. Sounds extreme? Let me explain. If you do something for me today, you’ll likely expect that I will return the favour later. That’s reciprocity, and it’s been necessary for survival throughout history. The funny thing about reciprocity is that it’s so deeply rooted that we often unconsciously want to pay people back. Unfortunately, this means that we can very easily be exploited by retailers and salespeople. Even the smallest gesture can establish a feeling that you “owe” the other person. Subconsciously, Melissa and Dave felt like they owed Michael their business in exchange for the water, pretzels and his time. If you’re planning on committing a few hours to buy a car, come prepared with your own water and snacks for you and your children. That way, you’ll avoid the possibility of a salesperson giving you something that endears you to them, which might then necessitate returning the favour.

Misstep #4: Not crunching the numbers

Melissa and Dave didn’t prepare for the extra costs that came attached to undercarriage protection, loan protection, disability protection, and other admin fees. Retailers—especially car dealers—are experts at giving us small numbers that seem manageable. I’m sure you’ve heard something along the lines of “It’s only a few dollars a day/week/month, and then you too can be happy and live a fulfilling life with this new _______.” So tempting! When you crunch the numbers and see the entire cost—over a year and the entire term of the financing (if paying with a credit card, getting a loan, etc.), the larger sum engages a different— more rational—part of your brain. But sometimes we don’t think clearly, especially if the total cost is buried in a mountain of fees under less than ideal circumstances—such as getting your car loan or mortgage at the end of a busy day. Your brain is likely to gloss right over it! Does your brain mysteriously tune it out? It’s not exactly a scientific answer, but I believe that’s more or less what happens. It’s just too much for our brains to comprehend when we are focused on something else. You just want to get the car, get the financing process over with, and get the keys. It’s easy to overlook something like a few tens of thousands of dollars in interest. So once you’ve had time to settle from the rush and stress of the process, pull those discarded documents out of their drawer. You might be able to pay the loan off sooner than you think.

We’re much more influenced by what’s around us than we would like to admit—all the cool kids are doing it, so you want to too. When Dave and Melissa moved to Alberta, they noticed that they didn’t fit in because they didn’t have a truck or SUV like their neighbours. It’s a common problem, and the urge to be the “norm” can start to creep into your subconscious. For Dave and Melissa, this urge cost them over $100,000. It’s good to be conscious of how your surroundings can influence you and to know when (and when not) to give in. The reason to make a purchase might be about more than just having the best new product, as was the case for Dave and Melissa. Their neighbours were all driving SUVs and trucks because of the terrible winter driving conditions in Alberta, so Melissa and Dave assumed an SUV or truck would be the only safe option. This is when research, once again, plays an important role. Get to know why everyone is doing something a certain way, and then decide if it is best for you. 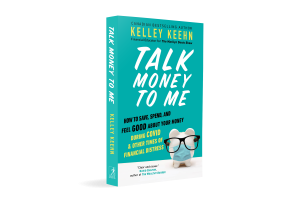 This is an excerpt from Talk Money to Me: How to Spend, Save and Feel Good About Your Money During COVID and Other Times of Financial Distress (Simon & Schuster Canada), by financial educator and award-winning author Kelley Keehn. To read her solutions for Dave and Melissa, and much more, pick up a copy of the book!