For unbeatable value in a pre-owned pickup in Canada, look no further than the F-150, especially models from 2015 onwards. 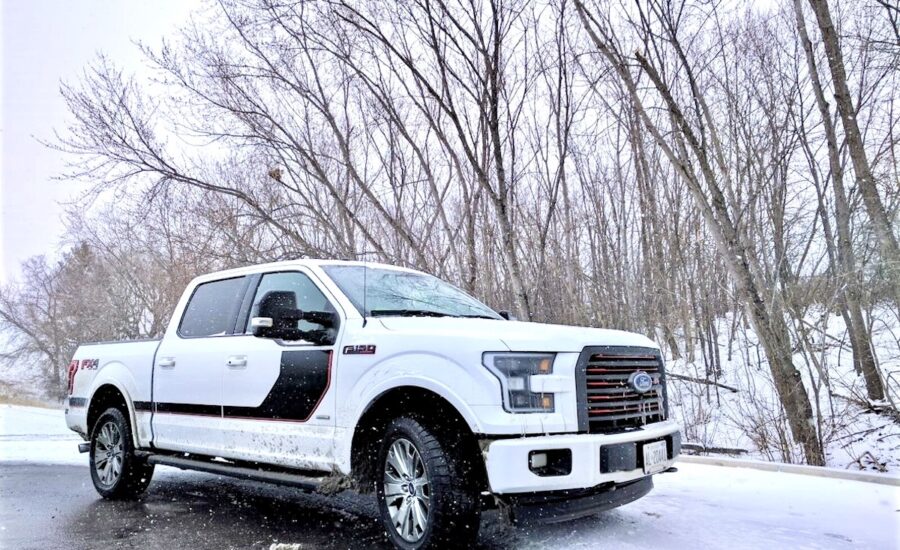 The F-150 continues its reign as the best-selling vehicle in North America, and it’s easy to see why. With a myriad of available trims, configurations and powertrains—including the incredible Raptor and the new fully electric Lightning—there is truly an F-150 for every need. Fun fact: If Ford abandoned selling every single model it makes except for the F-150, it would still be a Fortune 500 company.

We tested the 2017 Ford F-150 Lariat SuperCrew, and here’s why this pickup truck made MoneySense’s list of the 10 best used cars in Canada.

The Ford F-150 offers great value in the pre-owned truck space because of its excellent durability and features. Plus, the trucks built in 2015 and later are made of aluminum, which means rust is a thing of the past.

The Lariat represents somewhat of a sweet spot across the F-150 lineup. It boasts many nice-to-haves, like heated and cooled leather seats, and it’s priced more reasonably than some of the more luxury-oriented versions.

The Ford F-150 engine: What’s really inside this used truck?

The F-150 has Ford’s new (as of 2017) 3.5-litre EcoBoost V6 engine and 10-speed transmission—which made us wonder if a truck really needs as many gears as a mountain bike, but we’re glad to report this pairing works quite well. The transmission was co-developed with General Motors; the two companies put aside their crosstown rivalry in the name of better fuel economy, sharper acceleration and a more favourable ratio spread—with 10 speeds available, the transmission offers better acceleration and power in the lower gears but keeps the engine spinning at lower rpm in the upper gears which is meant to offer greater efficiency at highway speeds. It also keeps the engine turning at an optimal engine speed, attempting to optimally balance fuel frugality with on-demand power. In fact, the new gearbox weighs less than the six-speed still used in the F-150 lineup and it isn’t any bigger, either.

There’s more power going through that gearbox too. This is the second generation for the venerable twin-turbo six, which made its debut in the F-150 back in 2011. This time around, it features port injection when under partial loads, and direct injection takes over in high-stress scenarios like towing or hard acceleration. That last part is particularly impressive and showcases the 3.5 V6’s newfound grunt—horsepower is up by 10, to 375, and torque jumps a meaty 50 lb/ft for a total of 470. These numbers imbue the F-150 with serious get-up-and-go, making it fast not just for a truck, but fast, period. The extra muscle adds a seriously capable towing capacity of up to 5,400 kilograms from the gen-two EcoBoost.

Ford F-150 issues to know about

North American sales of the F-150 easily topped the 966,000 mark in 2016 and enjoyed modest increases for many years prior—it’s a popular choice. But we did find a few issues that could be addressed.

We’ll begin with the price. While $75,869 (the total price of our test model) does buy you a lot of truck, that’s a tad steep for a pickup. There are even richer F-150 trim levels to be had, the most expensive being the Limited model, which costs $73,149 before any options or taxes are factored in. (New base models would set you back $28,249, for reference.)

The other issue we noticed while using our F-150 solely for errands and commuting is that it’s thirsty, and despite the “Eco” in EcoBoost, all we could muster was 18 L/100 km. With a 136-litre fuel tank, you can expect fill-up intervals to be wider but also expensive, even on a diet of regular gas.

While we’re mentioning the transmission, perhaps Ford engineers could sort out its low-speed shifting. A few times, we caught the transmission off guard, which caused surging or stumbling, depending on the situation. We admit we were deliberately trying to catch the transmission snoozing—for example, by stabbing the throttle suddenly while cruising along at leisurely speeds. Most F-150 owners shouldn’t encounter this problem.

If you’re looking for a used pickup, it’s hard to go wrong with the F-150. It’s true that this segment is hyper-competitive—the answer to “Which truck is best?” is a moving target. At this moment in time, though, we think the F-150 deserves to wear the crown over similar offerings from GMC and Ram. Its perch at the top of the heap is by no means guaranteed, but with the addition of the 10-speed transmission and second-generation EcoBoost engine starting with the 2017 model, Ford sure isn’t making it easy for the other guys to close the gap.