Retired or near retirement and rethinking the classic balanced asset allocation? Here’s the debate—that’s not really a debate—on the 60/40 portfolio. 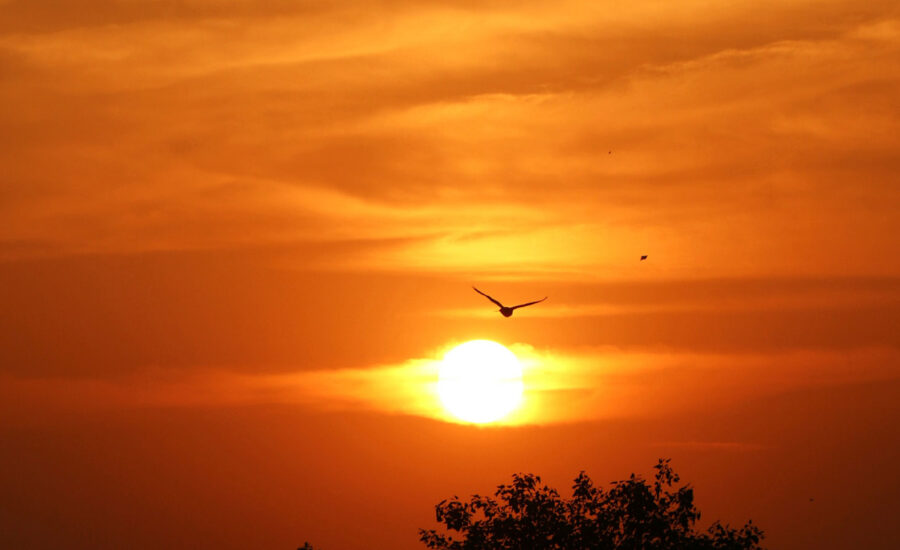 Photo by Disha Sheta from Pexels

For Canadian investors, one of the biggest shocks of 2022 is how poorly balanced mutual funds, exchange-traded funds (ETFs) and portfolios have performed. Investors with funds based on the classic pension fund asset allocation of 60% in stocks and 40% in bonds have been bewildered to experience losses on both sides of the equation. In “normal” times, the idea is that steady-eddy bonds typically provide modest gains to offset any bear-market losses sustained by the stock holdings in a down market.

But these are not normal times.

Case in point: a fund I own in various accounts, VBAL or Vanguard Balanced ETF Portfolio. When I last checked, it was down 15% year to date, as of early October. (I’ll provide Vanguard’s perspective on this below.)

I’m not picking on Vanguard here—you could say the same of its direct rival equivalents, BMO’s ZBAL and iShares’ XBAL, and so on.

Questioning the 60/40 portfolio for retirees

Recently Andrew Hallam, author of Millionaire Teacher, wrote a piece for the Globe and Mail about how young ETF investors should be dancing in the streets because of the chance to buy equity ETFs at lower prices. However, Hallam, who is in his early 50s, did concede, for those of retirement age, that dancing in the streets isn’t exactly appropriate.

MoneySense writer Dale Roberts has written on this topic, introducing new variants of the balanced portfolio that add asset classes apart from the usual stocks and bonds. These additions include real estate investment trusts (REITs), commodities, gold and precious metals, and even cryptocurrencies. All of these can be purchased using specialized ETFs and could complement a core asset allocation ETF. Those ETF tickers are mentioned above, but here is a good primer on the best asset allocation ETFs for 2022.

Roberts asked on his blog, CutTheCrapInvesting.com, in late 2019 “Is this the end of the traditional balanced portfolio?” He cited U.S. News, which reported the 60/40 portfolio was “as good as dead for the retiree.” That’s an ominous portent for the average reader of this column. He also sourced Ben Carlson’s piece “A Eulogy for the 60/40 Portfolio,” about the passing away of the 60/40 portfolio in October 2019 because of “complications from low interest rates and a bad case of Fed manipulation … the 27th time 60/40 has died in the past decade.”

Admittedly, U.S. studies are based on a simple mix of the S&P 500 for stocks and 10-year U.S. treasuries for bonds. It’s not a mix that the average Canadian investor is likely to hold.

Roberts pointed out that Canadian investors using a robo-advisor like NestWealth would hold all three of U.S., international and Canadian equity ETFs, all three government corporate and real return bonds, real estate and cash. Some Canadian investors may even embrace exotic asset classes, like private equity, cryptocurrencies and alternative investments. He stated that “the sensible balanced portfolio is not dead… Its death has been greatly exaggerated.”

This past summer, in a blog post on my site FindependenceHub.com, Franklin Templeton observed that “in many countries, both equities and fixed income have declined, which has led to the second-worst performance for balanced portfolios in 30 years. Typically, bonds outperform stocks in down markets, but not this time. In fact, this has been the worst start to the year for fixed income in the past 40 years, thanks to higher inflation and the resultant rise in interest rates.” As of mid-October, the year-to-date return for the S&P/TSX Composite Index was about minus 10%, while the FTSE Canada Universe Bond Index had returned about minus 15%.

The same Franklin Templeton post covers the growing risk of a recession and shares that the firm was “reducing risk” on portfolios and cutting equity exposure slightly below normal weight. It’s reducing the Europe weighting because of the war in Ukraine. It is “slightly overweight the U.S. but acknowledges that valuations are subject to disappointment with declining earnings growth. We are overweight Canada, which continues to benefit from rising resource prices.”

It’s trickier with fixed income, the company said, “as the skewed return relationship for bonds could become even more acute… If bond yields increase (and prices drop), the loss for holding that bond is negligible compared to the gain if interest rates decline even slightly from current levels. With that in mind, we are adding to bonds at the margin in the event there has been an overshoot in interest rates but are also holding more cash than usual to dampen volatility.”

In July, indexing giant Vanguard released a paper, reassuringly entitled “Like the phoenix, the 60/40 portfolio will rise again.” “We’ve been here before,” the paper asserts. “Based on history, balanced portfolios are apt to prove the naysayers wrong, again.” It goes on to say that “brief, simultaneous declines in stocks and bonds are not unusual… Viewed monthly since early 1976, the nominal total returns of both U.S. stocks and investment-grade bonds have been negative nearly 15% of the time. That’s a month of joint declines every seven months or so, on average. Extend the time horizon, however, and joint declines have struck less frequently. Over the last 46 years, investors never encountered a three-year span of losses in both asset classes.”

Vanguard also urged investors to remember that the goal of the 60/40 portfolio is to achieve long-term returns at roughly 7%. “This is meant to be achieved over time and on average, not each and every year. The annualized return of 60% U.S. stock and 40% U.S. bond portfolio from January 1, 1926, through December 31, 2021, was 8.8%. Going forward, the Vanguard Capital Markets Model (VCMM) projects the long-term average return to be around 7% for the 60/40 portfolio.”

It also points out that similar principles apply to balanced funds with different mixes of stocks and bonds. Its own VRIF, for example, is a 50/50 mix and its asset allocation ETFs vary from 100% stocks to just 20%, with the rest in bonds.

What does this mean for you?

So, how has this phenomenon of the two dominant asset classes both sustaining losses affected financial advisors and their clients? During bull markets, do-it-yourself investors benefit from the usual upwards trajectories of balanced portfolios and also from lower fees. But in treacherous markets like 2022’s, it can be a comfort to have support from a professional financial advisor.

Matthew Ardrey, wealth advisor with Toronto-based TriDelta Financial, says client reactions have “typically been quite good, as their portfolios this year are holding their value much better than the broad-based markets.”

However, some clients have not been so lucky. “There is real concern among many retirees, as costs are rising rapidly, and portfolios are shrinking just as rapidly. What has been a mainstay of investing and security, fixed income, has offered no protection. In fact, Canadian bonds were down more than the TSX over the first six months of the year! This is where I think the value of financial planning along with portfolio management is very important.”

Ardrey has long felt that the standard 60/40 portfolio was no longer the optimum allocation for retirees in particular.

“After the rate cuts in 2020 propelled many bonds up around 8% in one quarter, the writing was on the wall that they would similarly decline at some point when rates normalized. With inflation starting on its dramatic rise in 2022, we switched many clients’ bond allocations to shorter-term bonds,” he says. Shifting duration has helped dampen the negative returns of long-term bond funds. “XBB was down 11.89% YTD to the end of September, where XSH was down 5.57%.”

Also, the cornerstone for many retirees is a conservative dividend growth strategy, which at TriDelta is down only 9% so far this year. That is better than the 18.38% YTD drawdown for the iShares MSCI World Index ETF (XWD).

Ardrey says this illustrates what can be a real risk of index investing.

“Wherever the market goes, you go,” he says. “When markets are going up, the ride is fine; but when there is volatility, an investor can certainly be in for some rough times. Additionally with stocks, we are also looking to drive income to the portfolio to offset the declines. Our dividend growth fund has a current yield of 4.60%. Ensuring a steady source of income for clients during volatile times is important.”

TriDelta focuses on private debt and private REITs, particularly in the residential market. While there are concerns with retail and office space as the demand for rentals is only increasing as interest rates rise, “this is another way we can generate income for clients.”

My own view is that 60/40 or 50/50 portfolios will remain the core around which long-term investors can tinker with more exotic asset classes. As interest rates rise, you could start building five-year guaranteed investment certificate (GIC) ladders for the fixed income component. If stocks remain at depressed levels indefinitely, opportunistic Canadian investors could keep dollar-cost averaging quality dividend-paying North American stocks until they recover.