Most or even all of your Canada Pension Plan benefits may be lost to your partner, should you die prematurely. Does your retirement strategy provide enough for your survivors? Here are some options to think about. 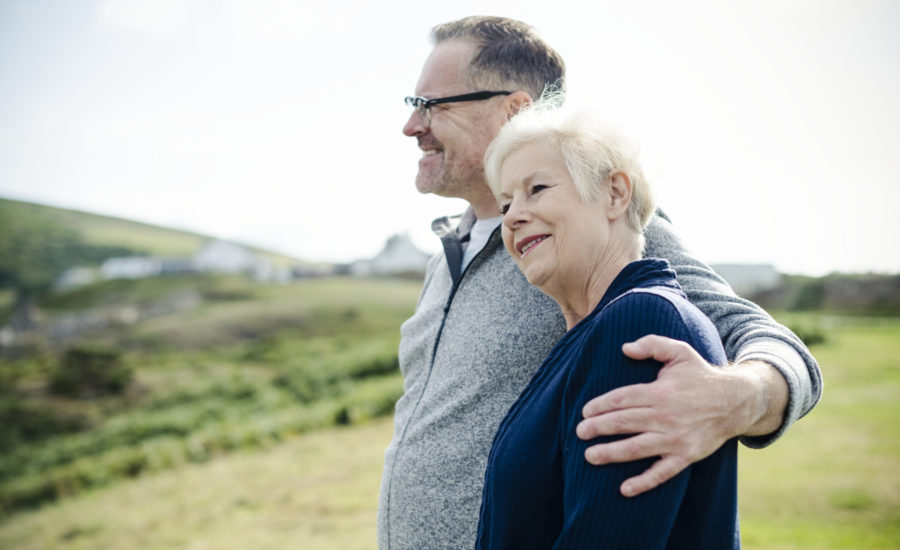 In an earlier column, we looked at how to optimize the timing for taking your Canada Pension Plan benefits—early or late. We also touched on the issue of “survivorship,” mentioning retired advisor Warren Baldwin, who decided to take his own CPP at age 66, in part because of limited options for a surviving partner. He said: “If you die, the pension stops or only a limited amount continues to a surviving spouse/partner; more limited if the spouse/partner has a decent amount of CPP of their own.” I followed suit myself.

Because the matter is far from simple, Baldwin suggested we get some annuity quotes to better compare the value of CPP to a Registered Retirement Savings Plan (RRSP), while considering the fact that most or even all CPP’s value might be lost if a partner dies prematurely. (I hate to say it, but the coronavirus pandemic does make this a slightly more probable event, especially for seniors.)

For example, say your CPP is worth $350,000, and you also have a $350,000 RRSP. If the risk is that your CPP could be entirely lost (due to death of a partner), wouldn’t it make sense to draw CPP earlier and let the RRSP grow to age 70? (You’re required to withdraw your RRSP funds, or convert your RRSP to a Registered Retirement Income Fund, a.k.a. RRIF, by the end of the calendar year you turn 71.)

In a recent column in the Financial Post, TriDelta Financial president Ted Rechtshaffen described the unfairness of CPP and how it may have “effectively” no survivor benefits. He observed that if a couple both collect full CPP and one dies, the other receives a one-time $2,500 death benefit, but loses the entire ongoing CPP benefits of the deceased.

However, it’s a different story if, in the same couple, only one person has paid into and collects a full CPP benefit while their partner, who has never paid into the plan, collects $0 CPP. In this case, if either dies, the net result is they will continue to collect one full CPP benefit. The maximum survivor benefit when only one partner is collecting CPP is 60% of the maximum pension; but if one person currently receives less than 100%, and their partner dies, that person can top up the CPP payment, up to 100% out of the amount being collected by the partner.

For most seniors, dropping combined maximum CPP income (at age 65, in 2019) from $27,600 a year to just $13,800 constitutes a huge hit if both partners contributed a lot to CPP over the years. Rechtshaffen suggested these rules “almost provide an incentive to only have one working partner over the years. It hurts couples in which both partners worked full time.”

He says Ottawa could fix this by modifying CPP survivorship rules to be more in line with employer-sponsored Defined Benefit pensions, which often pay 60 to 70% to surviving partners. Rechtshaffen would change CPP so if a survivor is already receiving a full CPP payout based on her own contributions and a partner dies, they would receive 60% of their partner’s CPP as well. This would effectively make the maximum CPP payout to an individual up to 160% of a full CPP payout. To fund it, you could slightly lower a full CPP payout for everyone.

We asked Asher Tward, Tridelta’s VP of estate planning, to generate quotes on a life-only, $14,110 per annum, single-person annuity, no survivorship, with the payment 2% indexed. He found a typical quote for a 65-year old male with 2% indexation was worth $316,000, while a typical quote for a 65-year old female with a 2% indexation was worth $355,000. We also asked what it would cost to buy the same annuity with a 60% survivorship payout to the surviving spouse. The relevant comparison is someone with no spouse or who has a spouse with maximum CPP against a person who has a spouse who has no CPP. For a registered annuity for couples like my wife and I, Tward found a joint annuity with 2% indexation and a 60% survivor benefit was worth $358,000, with either partner being the survivor.

So for a couple with maximum CPP, the total “value” is around $700,000. If they can afford it, they could defer collecting benefits by living off RRSPs and other savings; however, those assets are fully estate-protected for either survivors or beneficiaries. Baldwin says by choosing to defer CPP benefits, you have decided to use secure assets that would roll 100% to a spouse or beneficiary while leaving the CPP asset that could be worth nothing to a spouse/beneficiary. “This deferral enthusiasm seems a one-sided decision and a bit ‘penny-wise, pound-foolish’” Why not take the CPP’s asset value that is at survivorship/estate risk rather than roll the dice for sake of some deferral?

Baldwin looked at his own CPP contributions to get the theoretical value of the contributions to date. The total of his contributions as well as his employer’s contributions was only $95,000 and after adding in a 5% ROI, that total rose to $203,000. He notes this would not come close to buying a $14,000 per year indexed annuity!

“There is a degree of use-it-or-lose-it in the CPP,” Baldwin concludes, adding it behaves somewhat like a tontine, except with no lump sum at the end. (As a reminder, a tontine is a financial arrangement in which members form an asset pool and agree to receive payouts from it while living and to forfeit their accounts upon death. Forfeited balances are then split among the surviving members.) So, members earn not only investment returns but also mortality credits for as long as they survive. My logic is that if I have put $200,000 into CPP, I would like to get that value back over time since potentially very little would go to my spouse or an estate.”

OAS presents a similar issue: at just over $7,000 a year, it would have a value of around 50% of CPP: about $150,000, so why not collect as soon as possible? A qualifying couple could have $42,000 a year of pension just from double CPP and double OAS, and assuming both CPPs are at the max, the income could drop by 50% on the death of the first spouse. If your philosophy is to “get your money” back (all those premiums over the years), Baldwin says it takes 22 years of $14,000 per annum CPP to receive $316,000, which he views as more reason to discourage deferring CPP.

That said, some people can work beyond 65 and need to defer, and may not want to incur high income tax on immediate CPP payments. Finally, Baldwin suggests, another way to “protect” the CPP value would be to buy a piece of life insurance. That would require yet another column.

Jonathan Chevreau is founder of the Financial Independence Hub, author of Findependence Day and co-author of Victory Lap Retirement. He can be reached at [email protected].