When is the best time to start taking your CPP payments?

After a lifetime of contributions, Canada Pension Plan benefits can be worth, on average, more than $200,000—if you time it right. 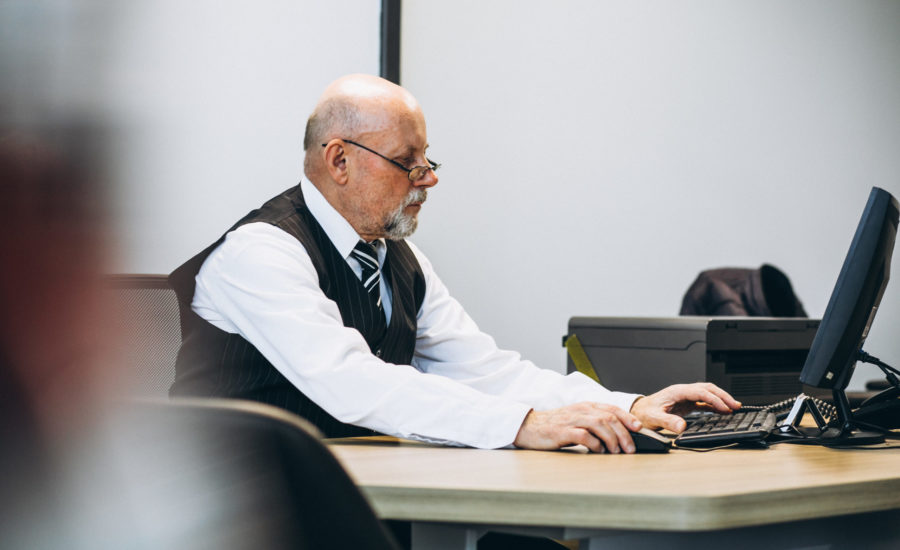 For retirees or near-retirees who lack traditional employer-sponsored Defined Benefit pension plans, the federal government’s Canada Pension Plan (CPP) and Old Age Security (OAS) are the closest most of us will get to such a valuable pension.

True, RRSPs and TFSAs do allow you, in a tax-effective way, to build up nest eggs that can ultimately be converted to an annuitized stream of retirement income for as long as you live. But the good news is that just about every working Canadian eventually qualifies for the Canada Pension Plan, as well as Old Age Security, and both are inflation-indexed to boot, unlike many private-sector pensions.

Normally, those ready to retire contact Service Canada to get a record of past CPP contributions. They send you benefit estimates (both for CPP and OAS) some months before you turn 65 but you can also obtain this information before or after by visiting Canada.ca. There, you can find a CPP/OAS calculator provided by Ottawa, providing an estimate of expected sources of income.

The value of CPP is highest for top earners who maxed out CPP contributions. According to Rona Birenbaum, president of the fee-for-service planning firm Caring for Clients, the RRSP capital needed to generate an annuity similar to taking maximum CPP at 65 is roughly $400,000, although the Canadian average benefit is half that.

While OAS is straightforward, optimizing CPP is surprisingly complicated—so much so that Doug Runchey (one of the country’s pre-eminent experts on both programs) provides calculation services to help individuals make optimal decisions on timing the start of benefits. Runchey used to work at Service Canada, so he is intimately familiar with the ins and outs of the timing of receipt of these programs.

Today, he runs DR Pensions Consulting in British Columbia, charging $30 to $250 for personal consulting, depending on complexity. Runchey is developing a CPP calculator program in partnership with David Field (Papyrus Planning), a Mississauga-based advice-only financial planner and programmer. The program is free, although that may change in the future. But any fees would be lower than for the personalized service because clients do their own data entry, and calculations are automated.

The tool lets users upload their CPP Statement of Contributions without having to manually enter data. It’s not an estimator: it provides exact calculations in current-year dollars. Initially, it does not include special calculations for combined retirement/survivor benefits, post-retirement benefits, credit-splitting, time away for child-rearing or disability dropouts, although his consulting service continues to handle those. (Service Canada’s calculator does not include special calculations, either.) Runchey and Field may address some of these in a future version of their calculator.

In the meantime, you can use the basic functionality by clicking here. Included is a CPP quiz, which explains how CPP integrates with employer pensions, and common issues like “bridging to 65.” The calculator takes your age and generates the expected amounts you’d receive at various ages. Runchey says it doesn’t assume any specific future earnings, but lets users estimate future earnings from zero to maximum on a year-by-year basis (unlike current estimates provided by Service Canada).

I found the calculator intuitive and easy to use, and once you have your contribution statements from Ottawa, the input is quick. The output you get is a colourful chart showing, at a glance, the implications of your timing decisions.

In my experience, the best way to try these programs is to enter your own personal data. So indulge me in divulging some of the particulars of my own retirement and that of my wife, Ruth. I’m now 66 and Ruth is a year younger; she quit full-time work last summer and is now a transportation consultant.

After hiring Runchey a few years ago for his counsel on when to take CPP, my initial strategy was the usual one to delay CPP as long as possible. In the last six years, I have been self-employed and in semi-retirement, but deferred taking CPP. But that was an easy decision since Ruth was working full-time. Now that she is in semi-retirement, as well, it’s apparent we could use the extra cash flow, so—with mixed feelings—I decided to take CPP a few months after I turned 66. However, we’re hedging our bets by deferring Ruth’s CPP to age 70 and, instead, drawing down on her hefty RRSP (unlike me, she had no DB pension, so no Pension Adjustment that lowered contribution room). We both took OAS as soon as it was on offer at age 65, for reasons articulated in this MoneySense article.

In making this decision, I recalled the advice of retired actuary Malcolm Hamilton, whose position was simply that the best time to take CPP is when you need the money. Sure, we could use a second CPP income, but my reasoning is women live a few years longer than men, and Ruth is also a year younger than I. All these factors pointed in the direction of her deferring as long as possible: in the event of her reaching her 90s or beyond, she’d have that invaluable, inflation-indexed, annuity-like pension available to her.

Retired advisor Warren Baldwin also influenced me when he said he took his own CPP at 66, partly because of the convoluted CPP survivorship issues. “If you die, the pension stops or only a limited amount continues to a surviving spouse/partner; more limited if the spouse/partner has a decent amount of CPP of their own.”

By contrast, the RRSP/RRIF is fully joint-and-survivor for both surviving spouse/partner as well as the estate. Except for the $2,500 death benefit, there is no estate value for CPP. Depending on timing and contributions, Baldwin says CPP is worth, on average, more than $200,000 after a lifetime of contributions. “The risk of getting ‘full value’ from the CPP could be significant, while the RRSP/RRIF funds will indeed come back to me, my spouse or an estate at some point.”