Our columnist reviews The Boomers Retire, a new book that fills the growing knowledge gap about retirement income among Canadians nearing their “decumulation years.” 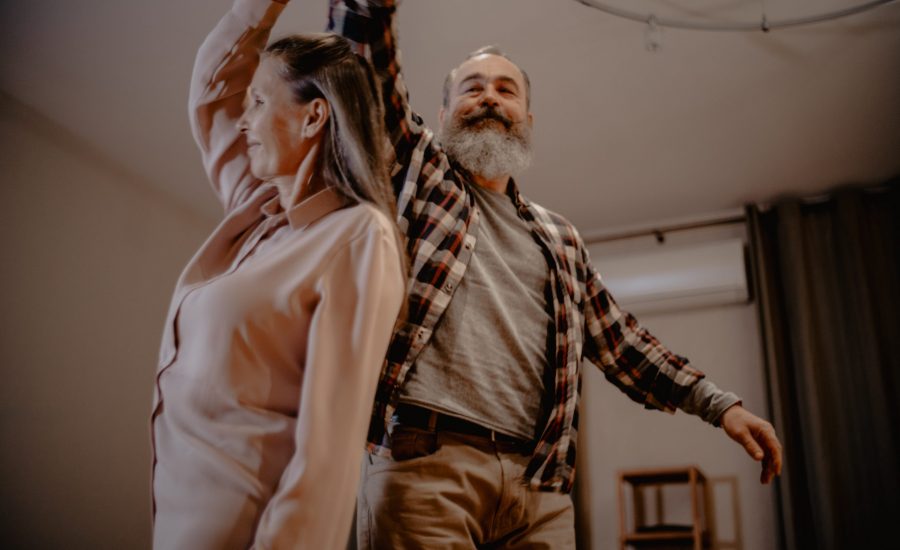 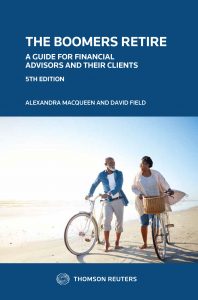 Indeed, while bearing the same title, the Thomson Reuters fifth edition is co-authored by a pair of new co-authors, both of whom I have dealt with professionally. Alexandra Macqueen is a well-known Certified Financial Planner who co-authored the well-regarded book Pensionize Your Nest Egg with famed finance professor Moshe Milvesky. (She is also a MoneySense contributor.) And David Field is an investment advisor and financial planner with Papryus Planning, and co-creator of the CPP Calculator.

Subtitled “A guide for financial advisors and their clients,” the revised new version clocks in at more than 300 meaty pages.

Certainly, much has transpired since the first edition was published in 2008. For one, many baby boomers (including yours truly) have already reached the traditional retirement age of 65—and the last wave of boomers will reach that milestone in 2031. Even now, though, more than one in two Canadian seniors are baby boomers.

Third, the need to help boomers (and anyone else) make the transition to retirement is more urgent. As the authors note in the opening chapter, defined benefit (DB) pension coverage in the private sector fell by a third—from 62% to 42%—between 2007 and 2017.

The fortunate few working in the public sector likely have inflation-indexed taxpayer-backed DB pensions guaranteed for life: a whopping 90% of public servants have DB plans but the rest of us—primarily in the private sector—must cobble together various retirement income streams from RRSPs, TFSAs, non-registered savings, part-time work and whatever group RRSPs or defined contribution (DC) plans they’ve accumulated from various employers along the way.

Pensionize Your Nest Egg addressed a similar audience. However, Macqueen and Field’s new edition of The Boomers Retire (TBR henceforth) covers several new esoteric tools that are only slowly coming into use, such as Variable Pay Life Annuities (VPLAs) and ALDAs (Advanced Life Deferred Annuities; see this MoneySense column I wrote when it was first introduced in a federal budget just over two years ago).

In an email, Macqueen agreed the new book is “closer to Pensionize than you might expect.” The earlier book was focussed on the specific topic of literally transmuting savings and investments into the equivalent of pension income, but also had a lot of “survey” content about retirement in general. By contrast, Macqueen says TBR is less focused on that main topic—creating guaranteed income for life—but has the same kind of “survey” approach to retirement income planning.

She adds while TBR is primarily aimed at financial advisors, it’s also written to be accessible to consumers—that is, their clients—as was Pensionize. “Where TBR differs from Pensionize is that it’s quite agnostic in its recommendations for advisors and clients. There’s no ‘one big idea’ propelling the book. Instead, it covers a broad range of topics, from estate planning to risk in retirement to choosing where to live (condo? retirement residence? remain in place?), to income-splitting and unlocking locked-in funds.”

Both books focus on creating retirement income when you don’t have a DB pension. “That’s just responding to the reality of retirement income planning for the growing numbers of the ‘pensionless’,” Macqueen says. “If you don’t have lifetime income, you’ll need to create it or take your chances. Whatever you decide, here’s a collection of the relevant facts, principles and issues you’ll need to take into consideration when you’re making your plan.”

Since it has only just been published, even the new edition couldn’t include that innovative blend of tontines, variable annuities and mutual funds represented by the Purpose Longevity Fund, which we described in one of my most recent MoneySense columns.

The book also touches on the generational transfer of wealth from boomers to their children. It’s ironic that the boomers have accumulated significant wealth even as their children—many of them so-called millennials—are struggling to get their feet on the first rung of the proverbial housing ladder, particularly in very expensive real estate markets like Toronto or Vancouver, and increasingly everywhere else in Canada as well.

The TFSA is the most common tool to achieve intergenerational wealth transfer, says co-author David Field via email. TFSAs and other retirement income sources are covered in Chapter 4, while Chapter 9 is entirely focused on estate planning, including passing the family cottage on to the next generation. It also looks at trusts, probate fees, issues of joint ownership, wills and powers of attorney for property and personal care.

It also addresses the needs of those considering becoming snowbirds or even moving permanently outside of Canada by giving up Canadian residency.

Actually, the book is so thorough that it serves as a reminder of just how complex the Canadian tax and retirement planning world is. Just last week, as I blogged on my own site, for Canadians nearing the decumulation years, financial literacy about retirement income has been slipping in recent years, according to findings released by the Retirement Savings Institute.

In short, there is a knowledge gap about retirement income that is well filled by TBR.

Chapter 8 is entirely devoted to reducing risk in retirement, covering off everything from critical illness insurance to long-term care insurance to travel insurance.

Nor do the authors assume the traditional “full-stop” retirement will be widespread. In the chapter on sources of retirement income, they address continuing part-time employment and contract work, including self-employment, whether through a sole proprietorship or incorporation.

I suppose they could do a spin-off book called The Boomers Semi-Retire but that would be for another day. And it’s been handled in other titles, including the one mentioned in my bio below.