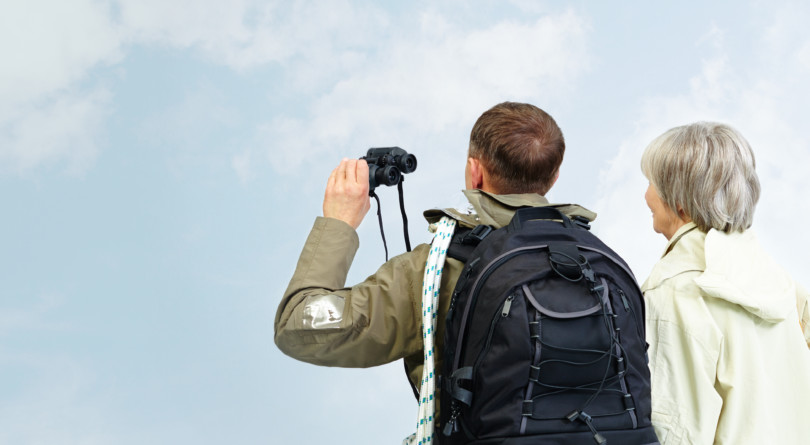 Two of the more promising measures in the recent federal budget could pave the way for deferred annuities and pooled-risk pension products designed to prevent retirees from outliving their money.

The other proposal is for Variable Payment Life Annuities (VPLAs), which would pool investment risk in groups of at least 10 people within defined-contribution RPPs and PRPPs. This, to me, rings of a relatively obscure academic concept called a “tontine,” which, in its most extreme form—famously depicted in The Wrong Box—pools investments by a group, with the single survivor “winning” the whole pot by outliving all the unfortunates who die sooner. And the idea of sharing risk among large groups to provide “longevity insurance” is also present, if less dramatically so, in traditional Defined Benefit (DB) pension plans, using mortality credits.

The budget says a VPLA “will provide payments that vary based on the investment performance of the underlying annuities fund and on the mortality experience of VPLA annuitants.” That means—unlike DB pensions—payments could fluctuate year over year.

As pension expert Bonnie-Jeanne MacDonald wrote in The Globe and Mail, the risk of not knowing how long you will live is reduced if you’re part of a large enough group, since actuaries use the “law of large numbers” to calculate the highest “safe” pension for each member of a pooled-risk pension. MacDonald, who is Director of Financial Security Research at the National Institute on Ageing at Ryerson University, said investment fees also tend to be lower in pooled plans compared to what individuals might pay on the retail market.

A precedent for pooled-risk DC pensions

There is a precedent for pooled-risk DC pensions: The University of British Columbia’s faculty pension plan has run such an option for its DC plan members since 1967, according to MacDonald.

Matthew Ardrey, a wealth advisor with Toronto-based TriDelta Financial, says you will need 10 or more contributing members of a PRPP or DCPP to create a VPLA fund. VPLA payments must commence by the year a member turns 71 or the end of the year in which the VPLA is acquired, whichever is later. The budget also said Ottawa will consult on potential changes to federal pension benefits legislation to accommodate VPLAs for federally regulated PRPPs and DC RPPs, and may need to amend provincial legislation.

But it’s ALDAs that initially captured the attention of retirement experts, in part because of its ability to push off taxable minimum RRIF payments. Fee-only financial planner Jason Heath says this would be “the biggest change in the Canadian retirement planning landscape in quite some time,” one that makes the ability to defer CPP or OAS benefits to age 70 “pale in comparison.”

An ALDA lets you put up to 25% of qualified registered funds into the purchase of an annuity. The lifetime maximum is $150,000, indexed to inflation after 2020. Beyond that limit, you are subject to a penalty tax of 1% per month on the excess portion.

The main reason to consider an ALDA is that you are worried about outliving your money. Up to now, annuity payments had to start by no later than the year after you turn 71, as with RRIFs. But ALDA payments can be deferred as late as the year you turn 85. “By moving up to $150,000 out of a RRIF/RRSP, the future RRIF minimum you would be forced to take would be less,” Ardrey says. Money in an ALDA would reduce the minimum RRIF withdrawal requirements between age 72 and 85, when ALDA payments would commence. That may, in turn, reduce OAS clawbacks for retirees enjoying high incomes.

As York University Schulich School of Business finance professor Moshe Milevsky points out, “With ALDA, you don’t have to defer [receiving your income] all the way at age 85, but rather up to age 85. So, you can delay to 75 or 80, if that suits your plans and preferences. Age 85 might sound extreme to many. I personally purchased an ALDA—in the U.S., since I’m a dual citizen—delayed to age 80.”

Milevsky should know, as he first used the term ALDA in the North American Actuarial Journal back in 2005. The article was headlined “Real Longevity Insurance with a Deductible.” It describes how ALDAs can help those who aren’t members of traditional DB pension plans and the implicit longevity insurance built into them, which are increasingly rare in the private sector. The paper shows how each $1 a month saved in the working years can yield between $20 per month and $40 per month in eventual retirement benefits. (See also the 2018 MoneySense article titled An Annuity that pays off, if you live long enough. It describes Milevsky’s views on “tontine thinking.”)

Milevsky, who has written entire books on tontines, won’t go so far as to describe ALDAs or VLPAs as tontines, a term that in any case is unlikely to be adopted by the financial industry. He says the ALDA in the budget guarantees an income starting at some advanced age and is backed by an insurance company with capital and reserves. By contrast, “A tontine requires absolutely no insurance company or entity to back up or guarantee payments. The risk is absorbed by the pool or syndicate.”

Still, the budget’s ALDAs are “very interesting and exciting,” Milevsky says, “even path-breaking. I guess that’s what happens when you have a Minister of Finance with ‘deep’ pension knowledge.”

CD Howe shied away from the term tontine when it described a similar concept called LIFE: for Living Income for the Elderly. LIFE was described in a paper authored by MacDonald, titled “Headed for the Poorhouse: How to Ensure Seniors Don’t Run Out of Cash Before They Run Out of Time.” There MacDonald says retirement will go beyond age 85 for half of today’s 65-year-olds.

In a press release issued by the National Institute on Ageing after the budget release, MacDonald said the NIA had asked Ottawa to allow workplace DC pension plans to offer improved options to members, notably deferred and pooled-risk pensions. “They listened. These measures offer a safe way to turn hard-earned retirement savings into lifetime pensions. At the end of the day, such pensions deliver more secure, predictable income for life, improving seniors’ financial independence and peace of mind.”

In an interview, MacDonald referenced page 365 of the budget, which effectively allows tontines in DC pension plans, along with longevity insurance, starting on page 362. “These were long advocated in Milevsky’s work, and further envisioned in my CD Howe article.”  MacDonald said the paper led to an unprecedented coalition of retirement security stakeholder organizations that seeks changes to tax and pension legislation to meet the needs of Canada’s changing demographics.

MacDonald said a key representative of a large pension plan that’s likely to adopt the VPLA told her he expects early adopters will be large corporate DC plans and quasi-public plans like universities. While it isn’t clear from the budget, financial services providers could also play a role by pooling together multiple small pension plans.

“The runway has been paved”

“Time will tell if these things (ALDA and VLPA) ever get off the ground, but the Canadian runway has now been paved,” Milevsky says, and time will tell what kind of vehicles the industry develops. He notes the budget bill hasn’t passed yet but “ultimately sponsoring companies will have to step up to the plate and start offering these plans. Only once those pricing details are available can anyone judge whether they are good or bad.” He suggests waiting until insurance companies start offering ALDAs before advocating to buy them as a pure tax play to reduced mandatory RRIF payments.

Even so, Milevsky thinks the ALDA measure is encouraging and more likely to be successful than its cousins in the US because they will enable retirees to avoid drawbacks like OAS claw-back or tax-bracket creep. However, he cautions, “if the pricing of these deferred annuities is too heavily loaded with fees and margins, then even I will say ‘forget about it’.”

Retired actuary Malcolm Hamilton doesn’t see the ALDA as a classic tontine, in which all the pooled money goes to the last survivor alone (as in The Wrong Box). Instead, he believes the ALDA “is just a deferred annuity.” He’s reserving judgment on actual products until he sees what the industry offers. “They have created an ability for the insurance industry to craft products that may or may not be of interest to Canadian retirement savers.”

Hamilton agrees the ALDA is similar to the longevity insurance that ordinary annuities provide, although annuities are not very efficient. “Experts say Canadians should buy annuities more than they do,” Hamilton says, adding the original idea for RRSPs was that everyone should buy annuities when they matured at age 70. “It turned out Canadians not only didn’t like buying annuities but felt strongly enough to get politicians to give them a RRIF as an option.” ALDA is “a more intelligent annuity in the sense that you don’t have to commit 50% to 75% of your retirement savings to this because you only annuitize payments at age 85 and later, and they are limiting it to 25% or $150,000, whichever is less. That’s pretty good in terms of providing a reasonable guideline.”

ALDAs may face the same resistance as traditional annuities

Still, ALDAs may face the kind of headwinds confronted by traditional annuities. Both require handing over money to an insurance company in return for guaranteed-for-life future payments. Retired financial advisor Warren Baldwin is critical of the lack of flexibility of annuities in general. ALDA’s main benefit, in his view, is being able to push the tax deferral out to age 85; but he points out that if you can afford to push it out that long, you likely have lots of money, anyway.

Milevsky suggests investors shouldn’t “let the tax tail wag the deferred-annuity dog. Don’t buy this solely to reduce RRIF requirements. You should have a legitimate need for longevity insurance.” He believes a better tax fix would be to eliminate requirements to withdraw from RRIFs for very small accounts, and only force the existing drawdown schedule on larger accounts. “This way, people don’t feel obligated to purchase an insurance product (ALDA) they don’t really need, just to avoid the RRIF factors. I worry about inappropriate sales pitches.”

Matthew Ardrey doesn’t expect many clients will outlive their money; half the time he encourages them to spend more and not leave too large an estate subject to high taxes. Tax deferral may be an issue for affluent retirees but, even then, Ardrey estimates someone with a $1 million RRIF at age 72 would have to withdraw $54,000 if they didn’t have an ALDA, while if they maximized an ALDA, the minimum RRIF withdrawals would range between about $8,100 to $45,900. That’s not huge, especially if the amount is split with a lower-income spouse.

“I fail to see how this is going to help the average Canadian who needs the income from their RRIF account to live day-to-day.… With current interest rates remaining at lows for the foreseeable future, the loss of financial flexibility and the loss of tax-deferred rollover to the surviving spouse on death, the benefits of the ALDA do not outweigh the costs for most investors,” Ardrey concludes.