An annuity that pays off —if you live long enough

A new program promises to "save seniors from cat food"

The “tontine” is a centuries old idea that seems poised for revival in time to prevent the tsunami of retiring Canadian baby boomers from outliving their money. Finance professor and author Moshe Milevsky thinks a new form of longevity insurance proposed this week by the CD Howe Institute is “a great idea.”

One of the problems of the decline of Defined Benefit pension plans in the private sector is that the alternatives do not provide the same sort of “mortality credits” that DB plans provide: in effect, those who die early subsidize those with longer lifetimes. RRSPs and TFSAs also lack this feature.

Add in extended longevity and chronically low interest rates and the proverbial warning about seniors eating cat food is again becoming current. About the only place DB plans are thriving is in the public sector, so it’s ironic that the public sector is being asked to come to the rescue of the next generation of impoverished seniors.

Longevity insurance based on pooling senior risk is the key proposal of a program called LIFE, recommended by CD Howe. LIFE stands for Living Income for the Elderly and is the subject of a paper authored by Bonnie-Jeanne MacDonald, titled “Headed for the Poorhouse: How to ensure Seniors don’t run out of cash before they run out of time.” And yes, the press release accompanying the report actually uses the phrase cat food, as in the headline “Pooled Risk Insurance can save seniors from cat food.”

Retirement expert and retired actuary Malcolm Hamilton thinks the reference to cat food and the poor house is “unfortunate and unwise … There is nothing in the paper to suggest that either outcome is commonplace in Canada.” He says the paper is not about senior poverty but about the inability to provide well-designed, affordable products to those who have saved reasonable amounts for retirement and seek an effective way to convert their savings into an income for life.

This giant cohort – a big focus of this column – typically have modest amounts saved in DC pension plans, RRSPs and TFSAs and must figure out how to tap these to supplement government pensions (OAS and CPP). Their challenge is how to invest the money, how much and when to withdraw, and whether and when to buy annuities. But they can’t find safe, adequate returns in a world with ultra-low interest rates, so “end up doing the wrong things for the wrong reasons. They take too much risk, or not enough. They earn dismal returns by investing in high fee mutual funds or low interest deposits,” Hamilton says, “They hold on to their houses and hope that, if all else fails, their home equity will cover any shortfalls. Most muddle through somehow … but there must be a better way.”

There is, if Ottawa starts to embrace “tontine thinking” in designing its retirement support programs and tax policies. In the report, MacDonald says “Retirement will span beyond age 85 for more than half of 65-year old Canadians … We need innovative solutions now: ones that add definitive value but place no new pressures on the Canadian public purse.”

Well amen to that, as the program proposed by MacDonald would be completely voluntary, a national program that lets retirees buy into a pooled fund that would provide a stable income beginning at age 85.

Hamilton says Ottawa could play a role but “it won’t be easy. The ‘government led’ plan will have many of the same problems that financial institutions have encountered but the government will be less encumbered by a profit motive.  Maybe that will make a difference.”

Here’s how LIFE would work. For those who sign on at age 65, Canadians could invest funds into LIFE according to their discretion. Monthly payouts would start at age 85 and continue as long as you lived.

Commuted-value cash withdrawals would not be permitted during the deferral period or the payout stage. By pooling mortality risk among members, survivors would gain the added return of a “mortality premium,” with long livers benefiting from those who passed away before age 85. Between 65 and 84, each member’s account would be invested in a portfolio described as “relatively aggressive” and grow each year by actual investment experience plus the mortality premium generated within the age 65 to 84 LIFE group that year.

After 85, members’ funds would be moved into a more conservative portfolio, with monthly income commencing that would be fixed across their remaining lifetimes, using conservative investment and mortality expectations. Each year, any surplus in the group’s mortality experience and investment returns would be distributed equally among the 85+ cohort through lump sum “bonus” payments.

So why doesn’t the institute come right out and call this a tontine scheme? Milvesky, a finance professor at the Schulich School of Business and a prolific author of books on personal finance and annuities (notably Pensionize Your Nest Egg), says of the CD Howe report, “Basically, the author is proposing a tontine scheme, but obviously doesn’t want to call it a tontine because of the negative connotations. All longevity-risk sharing schemes can trace themselves back to historical tontines … the author deserves brownie points for bringing a debate to Canada that is taking place globally around these issues (Australia for example).”

Milevsky proposed resurrecting tontines in his 2015 book, King William’s Tontine: Why the Retirement Annuity of the Future Should Resemble its Past. I reviewed it in this Retired Money column almost three years ago. He’s also written academic papers on tontines, which were created in 17th century Europe and occasionally pop up in films like The Wrong Box. At first glance it’s a morbid concept that involves the pooling of investments such that those who die end up subsidizing those who keep living (hence the term mortality credits). But it’s not a lot different than the ideas behind life insurance and indeed DB pensions.

Last August Milevsky’s article Tontine Thinking was published in The Actuary, arguing mortality credits should be re-introduced explicitly in the design of future Retirement Income products. He noted the global decline of DB pensions and the growing concern of policy makers that future retirees will no longer have access to the low-cost efficient longevity-pooling schemes that are the actuarial backbone of DB plans.

The problem of declining DB plans has been exacerbated by the so-called “annuity puzzle,” which describes the reluctance of older consumers to exchange their retirement nest eggs for annuities, “despite their welfare-enhancing properties.” Unfortunately the Defined Contribution (DC) plans that are displacing DB plans “rob” retirees of both mortality credits and the benefits of risk pooling, Milevsky wrote. The question he poses in the paper is whether the centuries-old tontines – “or at least the underlying DNA of a tontine” – can help. “I believe the answer is yes.”

Certainly, LIFE contains this DNA. But can the private sector launch it without any demands from the public purse? “Administratively it might be easier to allow Canadians to buy more CPP income,” Milevsky said in an email, “Why aren’t insurance company annuities good enough? Who is the target audience for this product? Why not change regulations and allow the FinTech and InsurTech ecosystem to take over?”

READ: Should I buy a life annuity at age 73?

Warren Baldwin, an almost-retired Wealth Advisor with T.E. Wealth says LIFE is “a nice idea but a traditional annuity is already a form of longevity insurance. The issue with this is it seems somewhat counter-philosophical in that it proposes that seniors of limited means ‘protect’ their future cash flow by putting a lump of funds into a non-liquid pool that gives them no access to funds before age 85. Overall, I think most seniors would give this a very short shrift.  The one issue this illustrates is the concept of the longevity premium of a tontine-like structure.”

Adrian Mastracci, portfolio manager of Vancouver-based Lycos Asset Management Inc. says funding the ever demanding retirement years can be fraught with fears and trepidation and any additional options that help retirees from running out of money in their later years are welcome strategies.

I say bravo to C.D. Howe, Milevsky and the other pioneers proposing this transformation. Hopefully, our leaders in Ottawa who profess to care about the beleaguered middle class will listen to this proposal and do their bit to promote it.

Read The downside of naming children as RRIF beneficiaries

Read What I learned by putting Viviplan to the test

Read The right way to unwind your locked-in retirement account 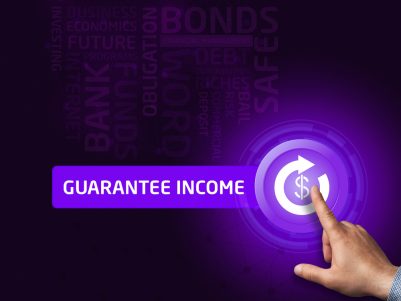 Why you should invest in guaranteed lifetime income for... 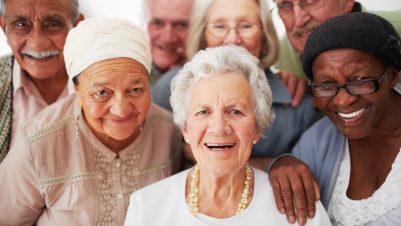 Read Why Ottawa needs to push for tontine-type annuities 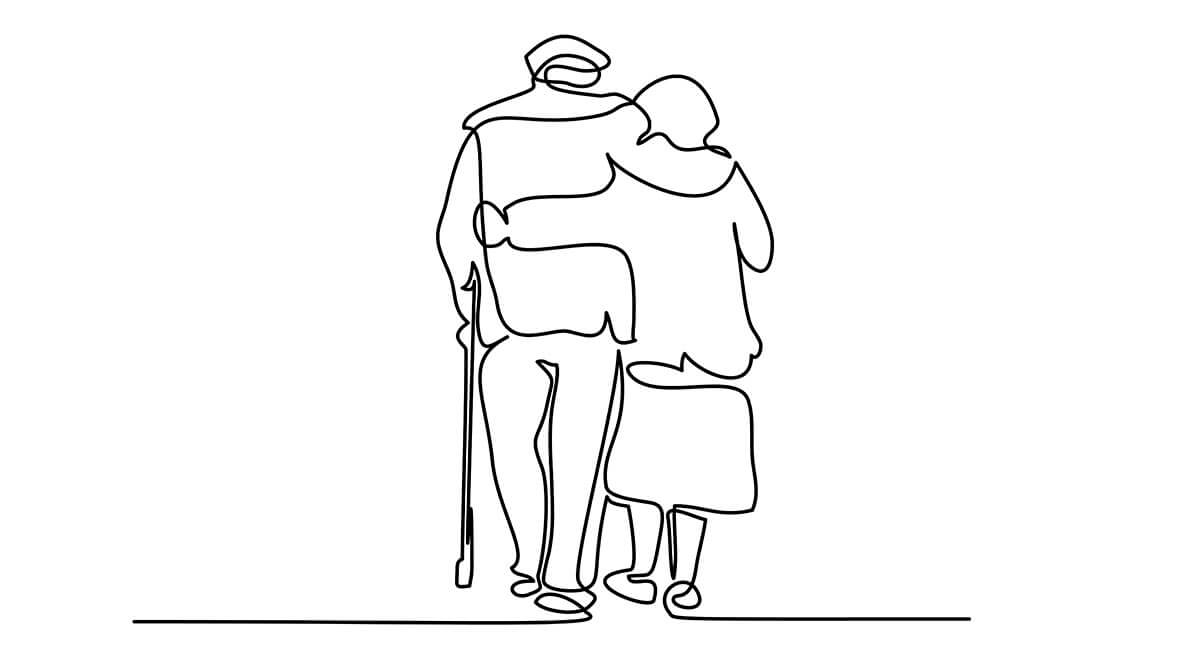 Read How to avoid outliving your money