Why the CRA is targeting some TFSA accounts in court

Should an average investor be worried? 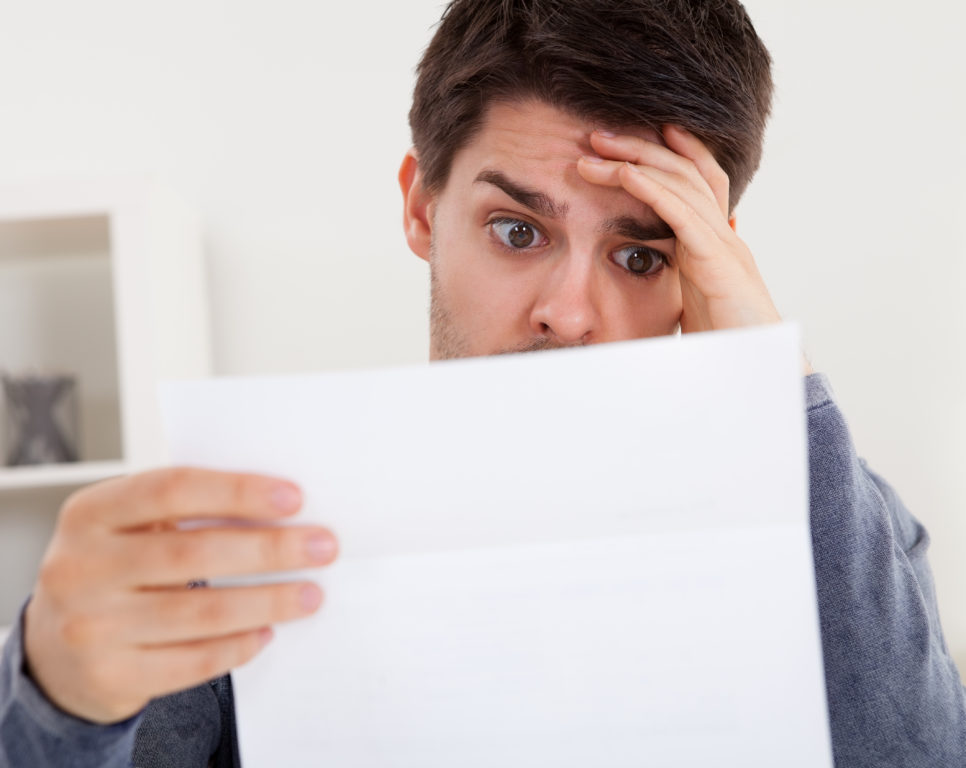 It’s a well-known fact that while there have been periodic media reports about CRA “crackdowns” on alleged TFSA abuses almost since the vehicle began in 2009, anxieties flared up again in July after the Globe & Mail reported the CRA is looking for $100 million in unpaid taxes from TFSA holders, stemming from audits conducted over seven years ended March 2018.

Should you, as an average long-term TFSA investor, worry? Likely not, because while those who are overly successful at generating unusually high balances in their Tax-free Savings Accounts (TFSAs) might expect to hear from the Canada Revenue Agency (CRA) at some point, most ordinary investors who hold ETFs or a handful of blue-chip stocks needn’t be unduly concerned about a legal test case wending its way through the legal system.

So who should be worried?

Given that the cumulative contribution room to a TFSA is currently $57,500, clearly, it takes a sophisticated investor to pull off such ten-baggers, or an equally savvy business person who knows how to spot under-valued private companies, transfer them into a TFSA, then pull the money out when the stock soars in value.

“At the end of the day, the average Canadian need not worry about their TFSA. Very few have near the maximum or attained a value of more than $100,000,” says Jamie Golombek, managing director of tax and estate planning at CIBC.

According to CRA spokesperson Etienne Biram, as of 2016 roughly 18,000 of the 13.5 million TFSAs had values of $100,000 or more. Of those, “a small number” are “using these accounts in aggressive tax planning. That’s not right, and the CRA is taking action to crack down on these individuals.”

The phrase “crackdown” is straight from the horse’s mouth

But I can personally attest to the fact that very ordinary TFSA owners can have more than that threshold, and without having to resort to “aggressive tax planning,” frequent trading or running a securities business. Thanks to a multitude of U.S. “FANG” tech stocks my own daughter’s TFSA, as well as my own, have that much (at least until recently) and she makes only a handful of trades in a year.

“That’s not an issue, ”Golombek said. “What they are concerned about are people running a business out of their TFSAs, which can include day trading: a [securities trading] business as opposed to buying and selling stocks in an investment portfolio.”

A key source in the Globe and Mail article is Tim Clarke, a tax lawyer with Vancouver-based QED Tax Law. He told me in an interview that the CRA is fighting with one of his clients “tooth and nail” regarding a  2014 assessment now percolating through the courts. “This case involves someone who is otherwise a trader in securities, except the investments are in his TFSA.”

Ted Rechtshaffen, president of Toronto-based Tridelta Financial, nicely sums up the essence of the case with this quip: “If I fully understand the issue, some aggressive investors have beaten the CRA at the TFSA game, and now they want to go back and penalize them even though they didn’t break the existing rules.” Rectshaffen added that “day trading has more losers than winners.  I am sure the CRA isn’t going after those with a $15,000 TFSA balance who were active but bad traders.”

Given that they’re unlikely to audit those with modest TFSA gains, Clarke says the CRA may be using the “carrying on business” characterization to arbitrarily limit the tax-free gains one may earn in a TFSA. Alternatively, he suggests, because of limited resources the CRA may simply be auditing the big winners first and will eventually get around to less successful traders.

The first scenario would be “far more sinister,” he said, because they would be using the carrying-on business test for something that, in his view, was never intended by the drafters of the legislation. If Parliament had intended to limit the tax-free gains an investor can realize in a TFSA to $50,000 or $100,000 per year, they could easily have done so by specifying the amounts, he says.

The carrying-on-business test is a blunt instrument, which is one reason Clarke says the CRA’s interpretation may be incorrect. Clarke’s client filed the case in 2015. “We have a series of other clients who have been assessed and for which we have filed objections.” Some may involve active traders in TFSAs, but even those whose who have given professionals the discretion to trade securities in their TFSAs on their behalf should not feel they are in the clear. “The CRA may take the position it doesn’t matter if the investor or their advisors make the trading decisions. If the account is traded frequently, the gains are taxable in the CRA’s view.”

Is reigning in tax-free gains the endgame?

If the intent is to limit tax-free gains in a TFSA, the CRA’s position appears to be inconsistent, Clarke said. The CRA’s interpretation would not catch a TFSA that made $1 million buying and selling securities twice in five years. But another equally sophisticated investor who bought and sold 500 times in the same period and also made $1 million would be taxable in the CRA’s view.

Clarke believes a more cogent interpretation of the legislation would reduce uncertainty and let investors plan for retirement or other valid financial goals without worrying that the government will interfere.

It will be up to the Tax Court of Canada to decide on the correct interpretation. Either side could appeal so it may be a while before the issue is resolved. The test case is in an examination for discovery and Clarke expects the case could be heard in Tax Court in 2019.

In the meantime, those with mega-size TFSAs are already being audited. I talked to one sophisticated Vancouver investor who (along with his wife) is being audited because their TFSAs are more than $500,000 (he can’t be named because “I fear the CRA”; he is not a client of Clarke).

This investor guesses the trigger level for audits is $250,000. “The CRA is becoming more aggressive. They are taking advantage of the fact there are no clear rules.” He says the problem is the lack of clear “bright-line” tests, the absence of which creates uncertainty. This “creates fear in the minds of the public. They fear the CRA will abuse the fact that the issue is grey and assess without conscience, knowing that most people will not argue/fight because they have neither the time or money to do so.”

This unnamed investor grew his TFSA not through frequent trading but by growing private tech companies and didn’t run up against the CRA until last year. People have been able to invest in private companies in RRSPs for decades. Ottawa says TFSAs are governed in a way that is consistent with the rules and regulations around RRSPs but the government eventually taxes huge gains reaped in RRSPs when the money is withdrawn. That’s not the case for TFSAs, he says. “That’s not the fault of Joe Public. Don’t penalize those who take advantage of it. People don’t get the benefit of a loss in the TFSA and the government wants to take away the benefit of a gain.”

More on “business income” inside a TFSA

While the legislation has been around since 2009, Matthew Ardrey, wealth advisor and vice president with Tridelta says it was only in a 2016 tax guide that the CRA introduced the notion that you can’t earn business income inside a TFSA. “The problem is the guide does not specifically define what the threshold is for determining when it is business income and when it is investing,” says Ardrey.

Ardrey believes the same rules that apply to determine whether or not day trading is business income or capital gains apply to the TFSA question. Asked to clarify its stance, the CRA says it provided guidance on what securities trading constitutes carrying on a business in Tax bulletin IT-479R (Transactions in Securities).

Some of the factors considered in deciding whether a taxpayer is carrying on a business include frequency of transactions, period of ownership, knowledge of the market, time spent, and financing.

But, the CRA spokesperson added, those factors are “general principles” that apply throughout the Income Tax Act: “The CRA cannot provide anything more specific for TFSAs. There isn’t a separate definition for ‘business’ for TFSAs.”

Indeed, paragraph 12 of the bulletin says the term “business” includes an “adventure or concern in the nature of trade,” an ambiguous passage that could be interpreted in various ways.

Show me the rules

Ardrey says there is no defined legislation for the TFSA, so it’s “unfair to prosecute when the rules are not defined.” While he doesn’t expect the CRA will audit TFSAs below $100,000, that “doesn’t mean that just because a TFSA is above $100,000 it is going to be found that it is generating business income.” As with my Millennial daughter, “many legitimate investors have made wise purchases in their investments who have TFSAs above $100,000.”

Millennials are more focused on TFSAs than RRSP investments and many understand they have a long time horizon and are taking on more risk with the goal to grow their TFSA as much as possible, Ardrey says. He usually recommends his clients put equities in their TFSAs in order to make them grow as much as possible.

While it may not involve day trading, the goal is the same. “In my opinion, the CRA has not given any definition as to what the limit of tax-free income is. With a tax system that more and more needs an expert to navigate, CRA has a duty to provide clear and concise rules that the average taxpayer can understand and work within.”

Hopefully, the rules will be clarified in Clarke’s test case in 2019. In the meantime, investors should continue to maximize contributions to their TFSAs even if they’ll now think twice about including shrewd stock picks destined to be ten-baggers. I wouldn’t worry about a $100,000 TFSA but if you want to avoid the “crackdown” I’d be wary of reaching the $250,000 level until all this is resolved.