Valued much lower than other leading coins, litecoin is speculated as a good bet for price appreciation and a lower correction risk. Here’s a closer look. 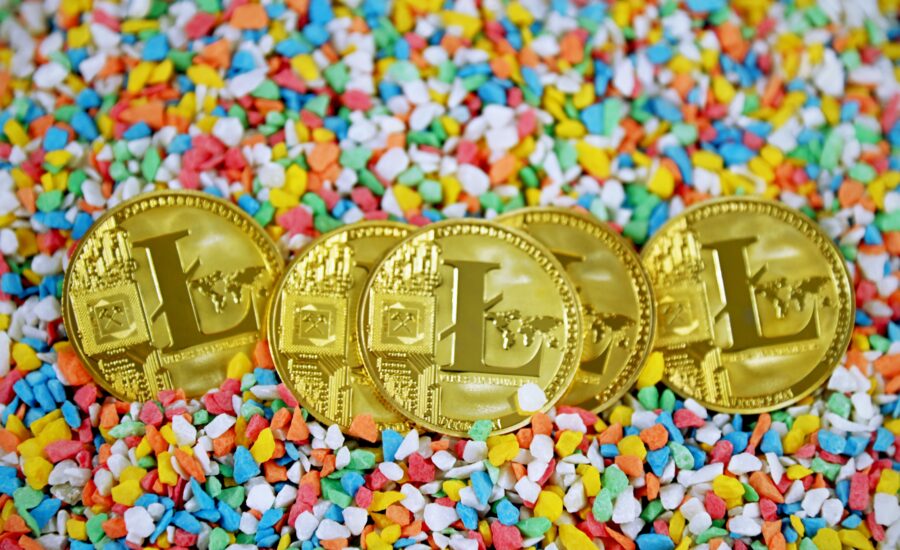 Photo by Executium on Unsplash

The rise of cryptocurrencies, led by bitcoin, has piqued interest of investors all over the world. And as the leading crypto coins, also known as tokens, become pricier, their less-expensive alternatives are garnering more attention in the crypto investing community.

Some argue that lower-valued altcoins are better placed to make higher future gains than the giants whose prices already sit atop the crypto heap. Based on this underlying assumption, one of the alternative instruments that has gained traction recently is litecoin (ticker symbol LTC). Litecoin’s lower price base makes it a good bet for price appreciation relative to the top dogs that make up the bulk of the virtual currency market capitalization. A lower price is also a cushion against an enormous correction risk.

Litecoin has benefitted from the recent surge in interest among investors chasing hot new trends. It’s favoured equally by buyers who like its potential as currency and by coin flippers playing the speculation game.

Often referred to by crypto enthusiasts as the silver to bitcoin’s gold, litecoin merits a closer look.

One of the oldest cryptocurrencies on the market, litecoin was founded in 2011, two years after Bitcoin, by a former Google engineer named Charlie Lee. Based on market capitalization, litecoin was the second strongest cryptocurrency in 2014, after bitcoin, but now sits in the 13th spot on the crypto ranking, as of June 28, 2021, per CoinMarketCap.

The token shares many features with bitcoin and is often touted by its supporters as a better alternative. For one, they are both decentralized cryptocurrencies and are built on a proof-of-work model, the underlying process by which both tokens are mined.

However, despite some similarities, litecoin has a different monetary policy. Although both have fixed supplies, bitcoin’s is set at 21 million, whereas litecoin’s cap is four times larger, at 84 million coins.

One key aspect where litecoin outperforms bitcoin is the speed of transaction. Litecoin creates a new block, or a ledger entry that confirms a transaction, every 2.5 minutes, compared to bitcoin’s 10 minutes. A superior transaction speed is a major reason for litecoin’s popularity, as it can process more transactions than bitcoin in a given period of time.

Litecoin is also considerably cheaper to send, with transaction fees averaging around US$0.03, compared to Bitcoin’s US$7.60, as per CoinMarketCap.

Like its crypto counterparts, LTC is a peer-to-peer virtual currency that allows participants to make transactions without an intermediary or central control.

Is litecoin a good investment in 2021?

Investors and vendors gravitate towards litecoin for a variety of reasons. For retail (individual) investors, it’s the fact that litecoin costs a lot less than bitcoin. This is particularly true of investors who were once interested in bitcoin but started searching for alternatives after large run-ups in bitcoin’s price.

As a lower-cost option, Litecoin is gaining increasing acceptance among merchants, too. This litecoin merchants heatmap shows its adoption is exploding globally. It isn’t a leap of logic, therefore, to infer that as usage and acceptance of litecoin grow, so will the coin’s market price.

“Due to litecoin’s close ties to bitcoin, unlike most cryptocurrencies it has managed to stay relevant and offer utility predominantly as a trusted and alternative medium of exchange,” says David Shafrir, CEO at Secure Digital Markets, part of the GDA Group, a Canadian financial service provider for digital assets and one of the oldest and largest blockchain firms in North America.

It’s important, though, to focus on fundamentals. Like any investment asset, LTC has its fair share of cons, which investors must consider. At the very least, that helps temper any unrealistic expectations.

“While litecoin has been around for a long time, it has not gained a big developer community like bitcoin or ethereum,” cautions Brian Mosoff, CEO of Ether Capital, a sister company of Purpose Investments, a Toronto-based asset management firm.

This is likely due to litecoin not offering enough of a unique value proposition to rally a set of developers, he says.

“While investors in this space are well aware of the risk and volatility, focusing on developer communities and applications provides a better sense as to where to allocate capital,” Mosoff contends.

The notably sluggish development of this decade-old project isn’t a great sign. Further, unlike bitcoin, which is regarded as a hedge against inflation and macroeconomic risk, “litecoin represents little more than a medium of exchange,” says Shafrir, but adds that “if trusted, speedy and efficient borderless transactions sate your appetite, litecoin is a great investment.”

Still, the long-term success of any cryptocurrency is driven by developers. To garner both, a project needs unique technical properties that offer reasons for building on that protocol. Litecoin’s value proposition is not strong enough to attract a developer community, argues Mosoff.

LTC’s detractors point to this shortcoming as the reason for a lack of interest among institutional and sophisticated retail investors.

As such, a large part of LTC’s investment case is underpinned by new investors looking at litecoin as an attractive investment “because they feel as though they’ve missed the boat on bitcoin or ethereum,” Mosoff asserts.

Until recently, digital coins were viewed as a predominantly millennial-centric asset class. However, that narrative is quickly changing. Allocating a small portion of your net worth to virtual assets is now being accepted as a reasonable portfolio strategy by some of the largest names in the industry.

For Canadian retail investors, there aren’t many options for buying litecoin directly other than through a local or foreign crypto exchange. Platforms such as Newton, Wealthsimple, NDAX, Bitbuy and CoinSmart*, among others, allow Canadians to buy and sell multiple crypto assets, including LTC.

There are some non-Canadian trading platforms—Crypto.com, Binance and Kraken—that support a variety of fiat currencies, including Canadian dollars.

In terms of custody, Litecoin can be held just like any other crypto assets, whether it may be on an exchange, or a local software or hardware-based wallet.

It is also possible to gain Litecoin exposure through PayPal (in the U.S. only) and U.S.-domiciled Grayscale Litecoin Trust. However, there are onerous conditions related to custodial arrangement in the case of the former, and a minimum investment requirement of US$25,000 for the latter.

Regardless of how it’s acquired, investors must have realistic expectations of their litecoin investment. Any allocation should be guided by an understanding of your risk profile and the volatile nature of the cryptocurrency beast, with expectation of oversized gains tied tightly to a longer time horizon.

Have a question? Ask a crypto expert ASK AN EXPERT