Shiba inu vs. dogecoin: Are memecoins a good investment? 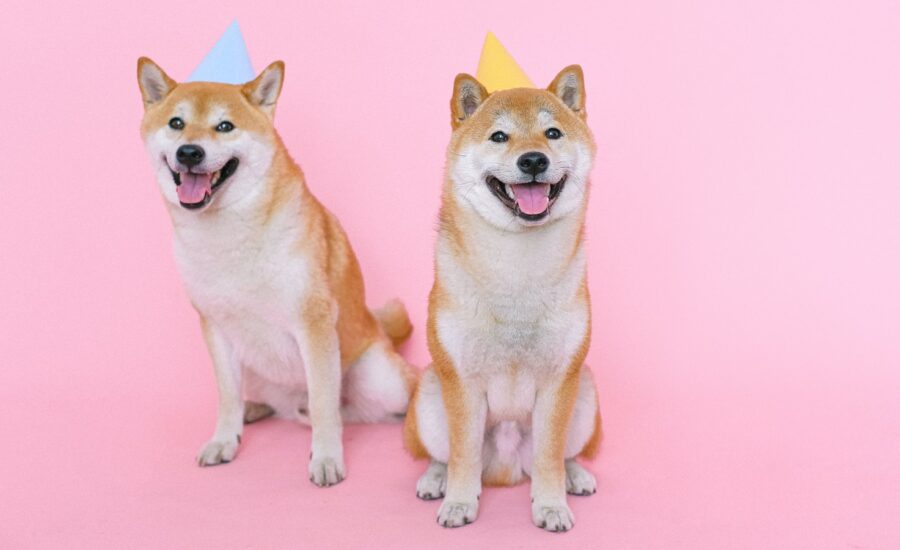 Photo by Anna Shvets from Pexels

In the dog-eat-dog world of cryptocurrencies, two digital coins are adding a note of levity: dogecoin and shiba inu. As evident in their amusing names, they refuse to take themselves too seriously. These cryptos are “memecoins,” a category of lightweight crypto assets inspired by internet memes, jokes and trends.

According to a CoinMarketCap estimate, there are 295 memecoins circulating in the ever-expanding cryptoverse. Leading the pack are dogecoin (DOGE)—inspired by an old meme featuring a Shiba Inu dog—and shiba inu coin (SHIB), a meme-within-a-meme spin-off of dogecoin.

Despite their goofy origins, these satirical coins have gathered a sizeable following of enthusiasts charmed by the low-stakes, high-gains game of memecoins. As the coins’ popularity has grown, so have their prices, going from a tiny fraction of a penny to a slightly bigger fraction of a penny.

On the face of it, this rise in value seems unremarkable, but the devil lurks in the details. A virtual coin going from US$0.004 apiece to US$0.17 may not seem like a jackpot winner, but in terms of percentage, this represents a gargantuan 4,150% gain. In dollar terms, a $1,000 investment would be worth an eye-popping $41,500. Before you dismiss this as a figment of fantasy, these are actual gains made by dogecoin between Jan. 1 and Dec. 31, 2021. Let’s look at dogecoin and shiba inu their position in the crypto hierarchy and how to buy them in Canada.

The tale of two dog-themed coins

Both DOGE and SHIB were created as a joke, and they have the same dog, a Shiba Inu, for a mascot. However, this is where the similarities end.

Dogecoin: DOGE was created in 2013 by engineers Billy Markus, then an employee at IBM, and Jackson Palmer from Adobe. Its name was borrowed from a popular Doge meme featuring a Shiba Inu dog. DOGE is the native token of the dogecoin blockchain on which it’s hosted.

The coin’s performance remained flat for years, but it rocketed dramatically in 2021, pushing its total market value past US$24 billion. It’s now the eleventh-biggest cryptocurrency by market cap, per CoinMarketCap ranking, as of Feb. 1, 2022.

Shiba inu: SHIB was launched in August 2020 as a “dogecoin killer” by a mysterious founder known only as Ryoshi. The coin has since surged in value, with gains of 25,669,072% (yes, that’s an astounding 25 million percent) in 2021, dwarfing all other cryptocurrencies in terms of growth.

SHIB is an ethereum-based token, which makes it compatible with the vast and fast-growing ethereum ecosystem. The coin’s developer claimed in a white paper that the secure and well-established ethereum blockchain was the perfect host for shiba inu.

While far smaller in unit value than doge, shiba inu is quickly catching up. It’s ranked the 15th-biggest cryptocurrency—four spots below dogecoin—on the CoinMarketCap ranking, with a market cap of more than US$12 billion, as of Feb. 1, 2022.

With celebrity shoutouts, social media frenzy and millennial and Gen Z investors boosting their prices, memecoins seem to have entered the mainstream.

Looking to capitalize on the trend, new memecoins are flooding the market. For now, DOGE and SHIB are still the “top dogs,” and despite the recent run-up in their prices, the two coins appear far from done.

The current environment of near-zero interest rates and a growing interest in crypto even among typically conservative investors, combined with the emergence of online trading platforms, has given memecoins a magnetic appeal that continues to attract investors. Many investors are using memecoins—with their small buy-ins and low stakes—to dabble in crypto without taking on a large financial risk. “The ability to turn a relatively small investment into a large windfall of wealth is certainly appealing to the public,” says Zagari.

All bark, no bite?

Unlike bitcoin, ethereum, USD coin and other popular crypto tokens, memecoins don’t have any intrinsic utility, and their values are largely driven by speculation and investor enthusiasm.

“Specifically for memecoins, a lot of what drives the price, aside from speculation, is the community’s enthusiasm,” says Gaby Hui, director of global PR and communications at Merkle Science, a predictive blockchain monitoring and investigative platform.

It’s virtually impossible to know which memecoin will be the next dogecoin or shiba inu. “It is basically a gamble,” says Hui. “It can be exciting and fun, but I would not think of it as a long-term investment to hold, unlike other cryptocurrencies that were created with purpose and specific functionality.”

While investment advisors are warming up to cryptocurrencies in general, they remain wary of coins that lack real-world utility or a role in decentralized finance (DeFi).

“Becoming a millionaire overnight is an eye-catching headline, so naturally people are going to stop in their tracks and try to participate,” says Zagari.

He advises approaching memecoins with caution. “Under no circumstances do I believe memecoins can or should be considered a serious investment,” says Zagari. If you’re looking to make a crypto trade and can afford to lose 100% of your capital, “then perhaps an argument can be made that memecoins can be purchased for profit generation.”

How to buy DOGE and SHIB

If you want to explore further, here’s a deep dive on dogecoin, with details on how investors can buy it and other crypto assets, including SHIB, directly and in Canadian dollars on CoinSmart*, a Canadian crypto trading platform (SMRT).

CoinSmart is regulated and secure, and it provides a user-friendly interface, as well as a $15 referral bonus.

Some of the widespread skepticism around memecoins, or at least DOGE, may have been dispelled by Tesla CEO and billionaire mogul Elon Musk on Dec. 14, 2021, when he announced that his company would accept dogecoin: “Tesla will make some merch buyable with Doge & see how it goes,” he tweeted. For now, though, memecoins’ structure, outsized supply and lack of utility keep them in speculative territory (that is, even more so than other cryptos). Investors who understand the risks and can withstand extreme volatility can consider buying memecoins as “play money” investments.