Crypto experts share their top picks for investing in digital tokens now and in the new year, including ethereum, ripple, cardano and more. 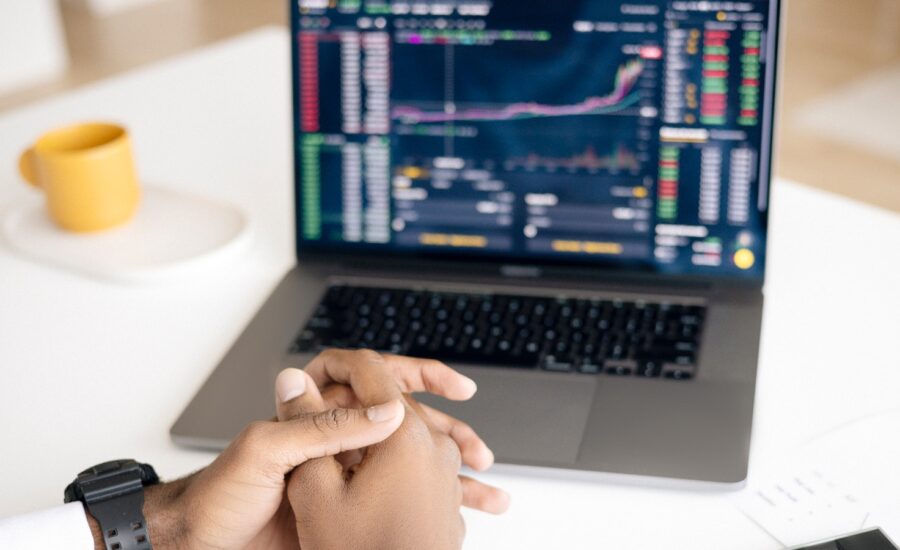 Photo by Anna Nekrashevich from Pexels

What are the best cryptocurrencies to invest in right now and in 2022? We spoke to some crypto experts to find out which digital tokens will likely perform well and why. You’ll see familiar names and a few promising altcoins that might be new to you. Whether you’re an experienced cryptocurrency investor or just crypto-curious, you’ll find ideas for your portfolio. (All values and prices are current as of Nov. 25, 2021.)

First, a recap of 2021: Crypto has had a wild ride this year. From increased institutional and retail adoption to China cracking down on crypto transactions, no other investment asset class has drawn so much market attention.

Through it all, bitcoin kept hitting all-time highs, and it remains the most valuable and widely talked-about cryptocurrency. Yet, on a year-to-date (YTD) basis, some of the top-performing cryptocurrencies have been altcoins like ethereum, up 500%, and cardano, up 1,000%.

Investors seeking similar windfall-like returns must sift through thousands of cryptocurrencies with varying specialties and differing degrees of utility, adoption and promise. In such a diverse market—valued at more than US$2.6 trillion—how can investors decipher which cryptocurrencies to invest in? We’ve saved you the trouble. Here’s what the experts picked.

The best cryptocurrencies for 2022

Ethereum (ETH) – The master of all

First, ether has a high level of real-use potential. It’s the native cryptocurrency of the ethereum blockchain, which is the main platform for smart contracts, a fast-growing segment of the cryptoverse.

Smart contracts are self-executing agreements that live on the blockchain and use ether as their transactional currency. Ethereum is forecasted to continue holding the largest share of the smart contracts market, which is projected to reach US$345 million by 2026.

Second, the recent ethereum upgrade, known as the Altair upgrade, has been well received by investors, as it makes the network more scalable and secure. The upgrade is in addition to the successful implementation of ethereum’s “London hard fork” a few months back. This change to ethereum’s underlying code led to record interest in its staking rewards program, says Valecha.

The London upgrade is a significant step in ethereum’s transition from a more energy-intensive proof-of-work (POW) model to an energy-efficient proof-of-stake (PoS) model, scheduled for completion in 2022.

The price of the world’s second-largest cryptocurrency has grown more than 500% so far this year, rising to US$4,498, outpacing rival bitcoin’s 103% increase for the same period.

Cardano (ADA) – Not all love lost

The sixth-biggest cryptocurrency by market cap, ADA is one of 2021’s most talked-about altcoins. The native coin of the cardano blockchain, ADA has gained more than 1,000% so far this year to become one of the best-performing assets in the cryptosphere.

“Often dubbed as ‘ethereum killer’ by its core proponents, ADA is currently taking a breather as traders used the all-time high levels of US$3 [in September] to book profits,” says Valecha.

ADA started the year with much hype surrounding the launch of its Alonzo hard fork upgrade, which took place in September and dramatically expanded the token’s functionality.

Despite skeptics predicting a long delay, “the IOHK developer foundation announced a successful transition to a full-fledged innovative and smart contract platform based on the ADA blockchain,” Valecha notes. (IOHK is the company contracted to design, build and maintain the cardano platform.)

Moreover, the introduction of cardano’s Plutus scripts has enabled developers to build decentralized applications in the ecosystem. Plutus is a programming language for writing smart contracts in the cardano blockchain. “While the full functionality of it may take time, ADA will draw further investor attention and interest,” says Valecha.

These technical enhancements and the growing popularity and adoption of DeFi and smart contracts bode well for ADA’s current and continued demand, which could further fuel the coin’s price performance in 2022.

Avalanche is another rising star in the smart contracts arena. “The avalanche blockchain is a competitor to ethereum, as it provides a platform for building decentralized apps, and it is the fastest smart contracts platform in the industry with very low fees,” says Marcus Sotiriou, a trader at GlobalBlock, a U.K.-based asset broker.

Its native AVAX coin is used both as part of the avalanche consensus mechanism (a method of verifying transactions) and for paying network transaction fees.

In August 2021, the Avalanche Foundation announced the Avalanche Rush program, earmarking US$180 million in DeFi incentives to encourage more applications to move to the avalanche ecosystem.

The program has already attracted established crypto projects like Aave and Curve, Sotiriou notes. Since the announcement of Avalanche Rush, the total value locked (TVL)—the cumulative value of assets staked on the avalanche protocol—has jumped from US$250 million to a whopping US$13 billion.

Building on the program’s success, the Foundation announced the Blizzard investment fund, allocating another US$200 million to attract developers focused on DeFi, enterprise applications and NFTs to the avalanche blockchain.

Cosmos is another ethereum competitor, but with a unique functionality. It aims to achieve interoperability—the ability to connect various blockchains together. “Cosmos has a rapidly growing ecosystem of interconnected blockchains and aspires to be the internet of blockchains,” says Sotiriou.

The large and expanding Cosmos network, which now has around US$179 billion of digital assets under management, runs on an energy-efficient proof-of-stake (PoS) protocol.

“Cosmos is a safer bet as it is one of the most adopted smart contracts platforms, second only to ethereum,” asserts Sotiriou, adding that there are currently 250 blockchains, apps and services in the cosmos ecosystem.

The growth of ATOM has largely been organic unlike that of other cryptocurrencies with large marketing budgets. “The growth of the asset’s price has been mainly due to its technological advancements rather than retail hype,” says Sotiriou.

With DeFi taking the blockchain world by storm, the Cosmos network is expected to continue growing in 2022, as are the price and popularity of its ATOM token.

Solana – New kid on the blockchain

Solana has been a top performer in 2021, bounding up the crypto ladder to become the fifth-most-valuable cryptocurrency in the world, with a market cap of US$65 billion, as of December 3. Widely touted as a challenger to ethereum, solana has clocked a staggering year-to-date return of more than 13,000%, going from US$1.61 to US$214—the most gains by any cryptocurrency so far this year. In the same period, ethereum has risen 543%.

Solana was developed to help power decentralized finance use cases, decentralized apps and smart contracts. It runs on both proof-of-stake and proof-of-history models that enable swift and secure processing of transactions. SOL, solana’s native token, powers the platform.

The cryptocurrency boasts a burgeoning community of investors who liken solana’s technology to that of heavyweights such as bitcoin and ethereum. Bear in mind, though, that solana is a relative newcomer—it launched in 2020—so it’s still unproven and can be quite volatile, which makes it a high-risk speculative bet at this point. Investors should understand the risks and only invest money they can afford to lose.

What about Ripple (XRP)?

The seventh-largest cryptocurrency, XRP is one of the shiniest tokens sitting at the top of the altcoin pyramid—it has increased over 377% YTD, from US$0.22 to US$1.05. The native coin of the ripple blockchain, XRP boasts incredibly fast transaction times under one second at next to no cost, making international settlements highly efficient.

Recently, however, some of XRP’s shine has worn off. It’s one of the few major tokens that haven’t matched their 2018 highs this year—and in XRP’s case, that can be largely attributed to a lawsuit launched in December 2020 by the U.S. Securities and Exchange Commission (SEC), which contends that Ripple Labs should have registered XRP as a security, not a currency. The case is still before the courts. Until a verdict is reached, investors would be wise to follow the sage advice of not investing more than they can afford to lose.

These crypto assessments and predictions are based on the most current information available. However, things can change quickly and dramatically, as unforeseeable risks could emerge in the cryptosphere. As well, disruptive technologies, new trends and regulatory moves could have a significant impact on the fortunes of specific digital coins and the cryptocurrency market in general.

Investors are advised to keep abreast of the latest crypto news, know their individual risk capacity and play well within it.

This article was published in December 2021. The video was added in June 2022.


Have a question? Ask a crypto expert
SUBMIT EMAIL