Is ethereum a good investment in 2022? A guide for Canadian investors

Ethereum isn’t bitcoin’s poor cousin. The ethereum blockchain is at the core of several cryptoverse trends, including DeFi, the metaverse and NFT mania. Here’s what you need to know about investing in ether, the blockchain’s native coin and the world’s second-largest cryptocurrency. 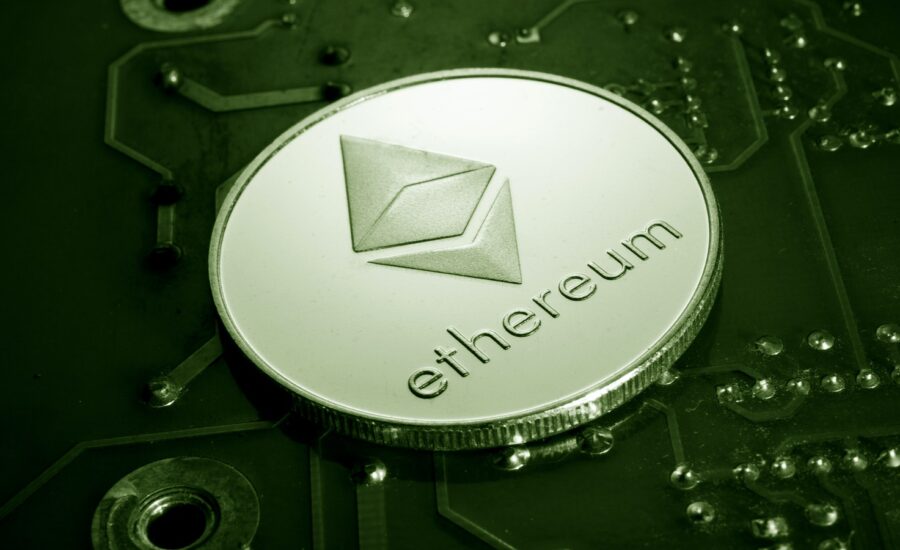 Photo by Jievani from Pexels

The momentum created by bitcoin, the cryptocurrency market leader, has put other major digital assets, such as ethereum (or ether), on a significant upward trajectory. In fact, ethereum is outperforming bitcoin by a big margin, stealing some of its limelight. In 2021, ethereum gained more than 400% in value, handily outperforming bitcoin’s modest 62% rise (as of Dec. 31).

While it continues to attract investors deterred by bitcoin’s price tag, ethereum is far more than just a “cheaper bitcoin.” Recently, ethereum has made rapid technological strides, gaining wider acceptance among developers and greater attention from investors in the process.

But will ethereum continue its meteoric ascent in the new year? Let’s take a closer look at its features and functionality, factors that could fuel its growth, and how to purchase it.

Ethereum is a blockchain, an open-source software platform for building decentralized applications. The platform’s native currency, ether (ticker ETH), is used to pay for transaction fees and computational services on the ethereum blockchain.

Like bitcoin, ethereum is built on blockchain technology. However, ethereum has gained an edge by allowing people to build apps on top of its blockchain, which boasts smart contract functionality. Smart contracts are self-executing agreements that live on the blockchain. They’re used to verify and record transactions between buyers and sellers without an intermediary or a central authority.

“Ether has a high level of real-use potential as the ethereum blockchain is the most in-demand development platform for smart contracts, thereby highlighting the network’s value not only as a platform for developers but as a worldwide financial utility,” says Nigel Green, chief executive officer and founder of deVere Group, one of the largest independent financial advisory organizations.

These use cases further illustrate ethereum’s impact: DeFi is a system that allows users to lend, borrow or swap cryptocurrencies on a decentralized blockchain network, without involving banks or brokers. And NFTs, a US$10-billion market, are the fastest-growing ethereum innovation.

Ether is also steadily gaining status as a mode of payment as more companies accept it for their goods and services. “We’re about to see the global shift towards DeFi move up several gears,” says Green, adding that the ethereum blockchain has become an integral part of transactions outside traditional financial systems.

“Ethereum is in the early innings, and the potential for mass adoption and growth is promising,” says Zagari.

Ethereum’s ongoing evolution has paved the way for a whole new set of functionalities, breathing new life into ether’s desirability. This bodes well for the blockchain’s potential and ether’s price. “Due to the superior tech on which ether runs, it is a good investment for now and beyond,” says Green, who boldly forecasts that “its value will exceed that of bitcoin probably within five years.”

The recent surges in ether’s acceptance, price and media hype have coalesced to attract institutional investors, another major driver of the cryptocurrency’s visibility and demand, he adds.

With their fingers on the crypto market’s pulse, backers of ethereum recently implemented the Eth2 upgrade to bolster the network’s infrastructure. “Investor enthusiasm for the game-changing transition to Eth2—which makes the ethereum network considerably more scalable, sustainable and secure—is fuelling price and popularity,” says Green.

Ethereum is the most common blockchain that companies are exploring and integrating into their existing operations. “With that type of brand recognition and market dominance compared to other decentralized networks, along with its smart contract capabilities, ethereum might be viewed as having a competitive advantage,” says Zagari.

Early adopters of this technology have seen favourable return on their investment. While no one can claim with certainty that it will perform as well in 2022, “I personally believe ethereum is on the right path towards mass adoption,” says Zagari, adding that “ethereum could prove to be a solid investment” for investors with a long time horizon.

There’s consensus among crypto watchers that demand for ethereum will increase over time, based on a few variables, including “the reputation for being the most secure blockchain network, the scaling capabilities and the ability to process transactions faster but at much lower costs,” Zagari says.

The rise of the metaverse

Emerging crypto trends such as DeFi, NFTs and the metaverse have further galvanized activity on the ethereum blockchain, driving up demand for ether. Metaverse hype rose sharply in October after Facebook rebranded as Meta to reflect its growing focus on the virtual world where people will work, play and socialize. The metaverse market is projected to skyrocket to US$800 billion by 2024, from US$500 billion in 2021.

The demand for metaverse tokens powered by ethereum is expected to grow accordingly. Examples of virtual reality platforms on the ethereum blockchain include Decentraland, The Sandbox and Axie Infinity.

“When you have all these applications serving multiple needs within multiple industries and are all built on top of the ethereum network, one could draw the conclusion that the demand for ether, the native utility token, could rise and therefore reflect a higher value,” says Zagari.

NFTs are arguably the most radical of ethereum innovations. These digital tokens are applied to assets—art, music and more—using blockchain technology, which helps verify ownership and authenticity. Since most NFTs are part of the ethereum blockchain, the NFT frenzy has fuelled an ether boom that shows no signs of abating. Further, ongoing equity market volatility has driven many investors to ether, as they hunt for an asset class that can provide uncorrelated returns compared to traditional investments. “Ether could offer an attractive risk/reward outcome, provided you can buy and hold, and stretch out its extreme volatility risk over many years,” Zagari says.

Where to buy ETH

You can buy ether from several Canadian and U.S.-based crypto trading platforms. While most facilitate purchases in Canadian dollars, the investor experience could vary significantly. It’s a good idea to explore a platform’s terms and conditions, features, safety protocols, technology, fees and funding options before you start.

Opening a CoinSmart account and having it verified takes minutes. You can fund your digital wallet with an Interac e-transfer from your Canadian bank account or pay for purchases with a credit card, a bank draft or cryptocurrency you already own.

CoinSmart has a simple and transparent fee structure, and there’s a $15 referral bonus. Once your account is verified, you’ll get a unique referral link. When your friend makes a deposit, you both get a $15 bonus.

No matter what route you take to ether ownership, carefully consider your time horizon (a long term is better) and your capacity for risk. Cryptocurrency investing is not for the faint of heart, and you’ll need to weigh the perils against any potential payouts.

This article was published in January 2022. The video was added in June 2022.