How to stake Polkadot (DOT) in Canada

Investors can potentially earn passive income by staking DOT, the token of the Polkadot blockchain. Here’s how Polkadot staking works and where to buy DOT. 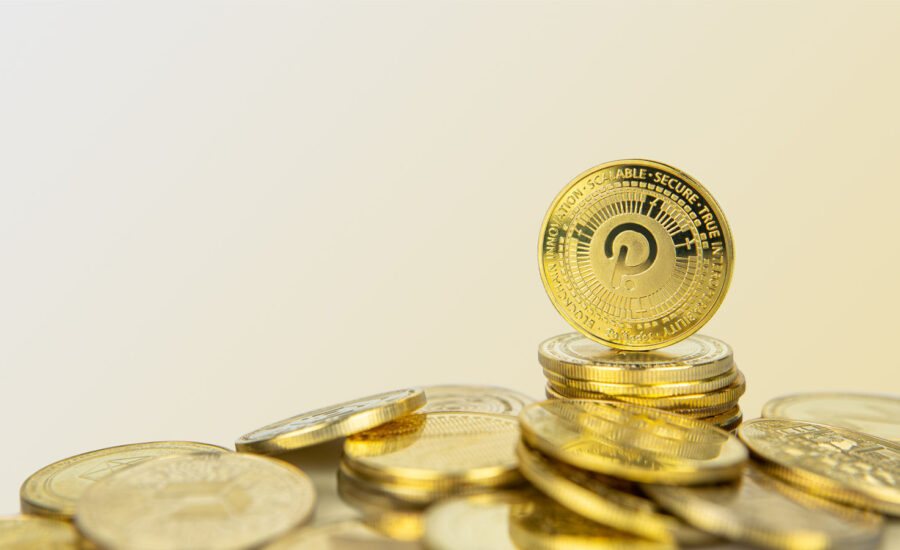 Photo by Salarko from Shutterstock

Since its launch in May 2020, Polkadot (DOT) has consistently been among the 15 largest cryptocurrencies. And although it’s down about 65% since the beginning of 2022, it still has a market capitalization of about USD$9 billion, as of early June 2022. One DOT token, or coin, costs about USD$9.15.

Beyond holding DOT, though, investors have been excited about this token because of the opportunity to stake it and earn an annual percentage yield (APY) of about 10% to 13%. But before you jump in, let’s first understand what Polkadot is, the risks associated with staking DOT, and where to buy DOT in Canadian dollars.

Polkadot was co-founded by Gavin Wood, whose name you might recognize—he also co-founded Ethereum and coined the term “Web3.” The Polkadot network enables the exchange of information and transactions between different blockchains. (A blockchain is a digital ledger distributed across a network of computers, and it’s the technology underlying bitcoin and other cryptocurrencies.)

Polkadot is the protocol that can potentially connect blockchains like Ethereum (ETH), Solana (SOL) and Cardano (ADA), enabling a decentralized but interoperable version of the web in which information or value from one protocol can be shared with another.

Like other decentralized blockchains, Polkadot has a governance token, DOT. Holders of the coin can participate in making decisions about the future of the blockchain. And, since Polkadot uses the proof-of-stake consensus mechanism to validate transactions, secure the network and create new coins, DOT holders can stake their coins to earn rewards, currently estimated at up to 13% per year.

How does Polkadot staking work?

To understand Polkadot staking, it helps to know how blockchains work. Since they’re decentralized (not governed by a central authority), blockchains require a consensus mechanism to keep themselves secure, validate transactions, and create and distribute new coins.

The two most widely used consensus mechanisms are proof-of-work (PoW) and proof-of-stake (PoS). While PoW typically involves expensive crypto-mining hardware and is extremely energy-intensive, PoS requires coin holders to pledge, or lock in, their coins to participate in blockchain operations. In NPoS, all active validators receive an equal distribution of the block rewards, doing away with the need for competitive mining. This reduces the blockchain’s energy usage.

Polkadot uses a version of PoS called nominated proof-of-stake (NPoS). Investors can opt to stake their DOT either as “validators” or “nominators” to earn staking rewards. By doing this, DOT investors can compound their coins and increase their overall gain over the long term.

Despite the downturn in crypto prices in 2022, Polkadot remains a promising project because it aims to connect other blockchains and help them talk to each other. It could play a role in the growth of Web3 in the years to come, no matter which blockchain protocols end up being tomorrow’s winners.

There are two interconnected reasons why you might consider staking DOT:

What are the risks of staking DOT?

Cryptocurrencies are still an emerging asset class, blockchain technology is still evolving and Polkadot has existed for only about two years. Before you stake DOT as a validator or a nominator, consider these risks:

Where to buy and stake DOT in Canada

If you want to stake DOT, you can buy tokens in Canadian dollars and stake them on NDAX, a compliant crypto trading platform. NDAX is a nominator that stakes investors’ crypto with third-party providers who are validators. The platform offers up to 12% APY minus fees on staked DOT, and it charges users 20% of rewards generated. Rewards are paid out daily.

Staking DOT on NDAX is easy to set up and track, and the platform follows robust security practices including the use of cold (offline) wallets to store staked crypto.

For other crypto trading activities, NDAX has a competitive transaction fee of 0.2%, and it does not apply a spread or other markups. Deposits are free, and withdrawals cost $4.99 flat. The platform provides customer service via live chat, email and phone, with a response time of 24 hours for messages submitted off-hours.

How to buy and stake DOT on NDAX

Understand the risks of crypto investing

Cryptocurrency investing can be profitable, but prices are also highly volatile. Before you buy or stake any digital coin, consider whether it fits your investment strategy and risk profile. Always do your own research, and carefully review the service providers’ user agreements and risk disclosures before you click “buy.”