Despite some huge gains over the last few weeks, and interest from investors big and small, betting on vaccine companies is no different than playing roulette. 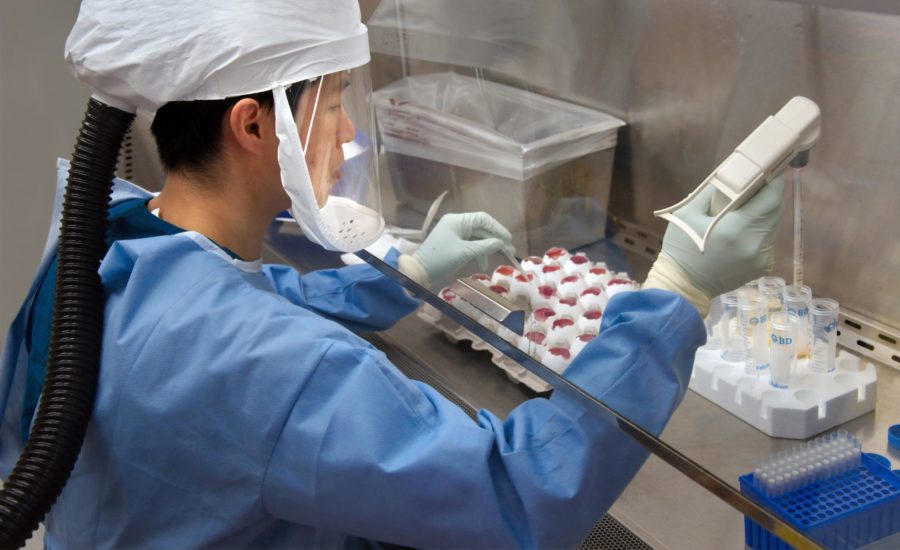 Photo by CDC on Unsplash

There’s a hot new investment on the market that wouldn’t have been on many people’s radars only a few weeks ago: COVID-19 vaccine-makers. Since March 16, when quarantine began in earnest, Moderna, a Cambridge company that’s making a novel coronavirus vaccine, has climbed by 244%. Novavax, a Rockville, Maryland-based vaccine development company, has seen its shares skyrocket by 644% since mid-March. Shares of Vaxart, a little-known San Francisco-based company that’s developing an oral COVID-19 vaccine, have climbed by 736% since January. Those kinds of numbers would surely look good in any pandemic-hit portfolio right about now.

As exciting as the vaccine businesses may be, there is a better way to spend your money. Go to Vegas when the border reopens and put everything on black. While you might come back empty-handed, at least that loss comes with good food and a show.

You see, despite some huge gains over the last few weeks, and interest from investors big and small, betting on vaccines is no different than playing roulette.

Currently, there are about 100 vaccines in various stages of development, but none have been properly tested or are even close to coming to market. Experts said in March that it would take 12 to 18 months to find a COVID-19 vaccine, and that would make it the fastest vaccine ever developed. (A mumps vaccine, which took four years to go from sample collection to licensed drug, currently holds the record for the quickest vaccine created.) If any one of these companies fails to deliver on their vaccine promise—and most will—their stock price will quickly, and violently, go bust.

Dr. Mitchell Ng, managing director at Princeton, New Jersey-based Thessalus Capital, a healthcare-focused investment firm which he and his brother, both doctors, started when they were in college, says that despite how enticing some of these companies might seem right now, it’s best to stay away, especially from biotech businesses that are only making vaccines.

Moderna, for instance, has received high praise from investors for completing a phase 1 COVID-19 vaccine trial that appeared to elicit positive results. But read beyond the headlines and you’ll see that it’s too early to be bullish. First of all, its trial only included 45 people, while its results, as Ng and others have pointed out, is just a press release and doesn’t include any data, making it impossible for people to know just how well this vaccine worked. “They didn’t publish any literature on this and they didn’t release their methodology,” Ng told me. “As a physician, I hope they, or someone else, has a vaccine that reaches the market, but right now these companies are super overvalued.” Indeed, Moderna’s stock price has dropped 22% over the last four days because of the lack of clarity around its results.

That’s not to say that all biotech companies should be avoided, including ones that are working on COVID-19 vaccines and other related drugs. Over the last decade, biotech—an area of medicine that’s focused on making highly specialized drugs for cancer, Alzheimer’s and other hard-to-treat diseases–has attracted a lot of attention. Since 2010, the S&P 500 Biotech Index has climbed by 419% compared to 174%, according to S&P Capital IQ, and, year-to-date, it’s up 8% compared to an 8% decline for the broader index.

Biotech’s promise of better treatments, which are often personalized medicines that can treat individual patients based on their DNA, is still worth investing in, says Ng, but it can be tricky for do-it-yourself investors to pick the winners. It can take years for a drug to get approved, and a failed trial can force a company out of business. When Ng considers biotech companies, he looks at the science along with an operation’s financials. He wants to know how a drug might benefit a patient, if there’s a large enough patient population for that drug that’s being developed and what other medicines a company might have in its pipeline; he also reads scientific papers to see what the drug is all about. “You have to dig into the weeds,” he says.

While a broader based index, such as the VanEck Vectors Biotech ETF, which tracks the performance of the world’s 25 largest biotech companies, is one way to buy into the sector without having to pick individual names—it’s up 13% year-to-date—for stock pickers, Ng suggests looking at the bigger biotech and healthcare names such as Johnson & Johnson, Gilead Sciences and Sonofi. All three are developing vaccines and other drugs in the battle against COVID-19—Gilead has been in the news lately for its drug remdesivir, which has been shown to decrease the time people are sick with the novel coronavirus—but it’s not the only thing they do. If one of their vaccine trials fails, they have plenty of other projects to keep their stock price afloat.

You won’t hit the jackpot with these kinds of companies—J&J is flat year-to-date, Gilead is up 11%—but if one of these businesses does find a vaccine or a mass-marketable COVID-defeating drug, then you’ll still get a nice bump. “These companies are somewhat insulated,” says Ng. “A company like Novovax, though, has just two vaccines in its entire pipline—a flu vaccine and a COVID vaccine. If its COVID vaccine doesn’t reach the market, then that company is going to crash.”

Over the next few months, you’ll likely be tempted to throw some money at one of these businesses, but think twice before you do. If you believe in the future of biotech, COVID-19 or not, go the brand name ETF or company route. Otherwise, it’s better to get an eventual vaccine instead of buying the company that makes it.