With companies now beginning to report on Q1 results, this is the first time we get to see how COVID-19 is impacting business. Here's what to look for in reports from companies you already own, or are thinking of purchasing. 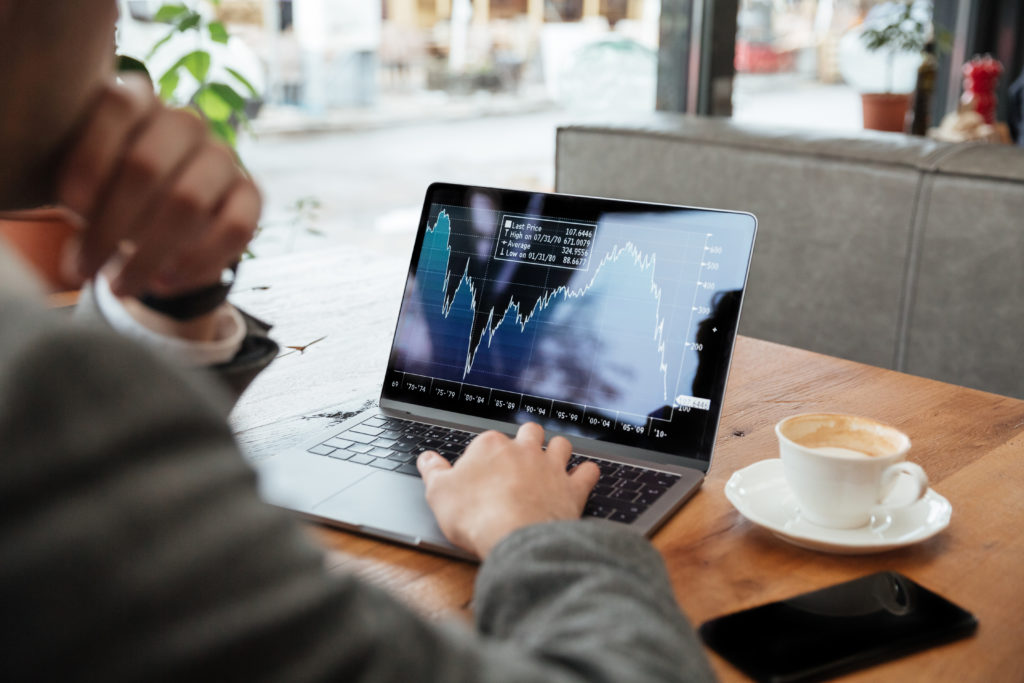 People often pay attention to what JPMorgan Chase CEO Jamie Dimon has to say about his business, but a lot more eyeballs than usual were on the company last Tuesday when it reported its first quarter earnings. Along with Johnson & Johnson, Wells Fargo and a handful of others, the bank is usually one of the first companies to report a new quarter’s earnings, thereby kicking off what market watchers like to call “earnings season,” which lasts about six weeks.

Earnings season is always an important time of year. It’s when investors and analysts get to see how well the companies they own or watch are doing, and results often move share prices either higher or lower. But this round of results may be the most important one in market history. It’s the first time we get to see how COVID-19 is impacting business.

Not surprisingly, the results so far have not been pretty. JPMorgan reported a quarterly earnings per share of $0.78, compared to analyst estimates of $1.84. Profit fell by $2.87 billion, while revenue declined by 3%. According to the company, one of the reasons why JPMorgan’s earnings were down is that it added $6.8 billion to its credit reserves to cover what it thinks will be a wide range of pandemic-related defaults across its commercial lending business.

Wells Fargo also reported some bad numbers, with earnings per share at $0.01 compared to a consensus estimate of $0.33, while net income dropped by 89%. Johnson & Johnson, a drug and consumer products operation, beat expectations, with net income rising from $1.39 a year ago to $2.17 a share today, but the company, which sells things people need in good times and bad, still expects to be impacted by COVID-19. It said its sales for 2020 will be somewhere between $5 billion and $9 billion.

Over the next several weeks, all kinds of companies will report numbers that, in normal times, would make investors cringe. So what should investors make of all of this? And what should you be looking for from the company you own, knowing that its results will likely be down?

Look at more than metrics

Sam La Bell, head of research at Toronto’s Veritas Investment Research, admits that this earnings season is not like the rest. In many cases, investors are getting only part of the pandemic story, as consumer demand really started to drop off in the last two weeks of the quarter. “There’s nothing in Q1 that will tell you the full extent of what might happen,” he says.

At the same time, you know numbers will be down dramatically—if not this quarter, then certainly next. In normal times, you’re judging the health and future prospects of a company, a sector or the overall market, by looking at sales, revenues, profits, earnings and other numbers. That’s hard to do now, when all the usual metrics are going haywire.

Instead, people should be paying attention to what a company’s executives are saying about their business and how it plans to survive this downturn. “The main things that will come out of this quarter is what’s disclosed in the [analyst] Q&A and commentary,” he says. “How are companies preparing to deal with the rest of the year if things remain constricted?”

Pay attention to these 5 things

This earnings season, La Bell will be paying careful attention to five things, all of which he says will help him determine how well the businesses he’s analyzing will survive the COVID-19 crisis.

1. Is the business scalable?

The speed and cost at which a business can scale down and scale up is important. The ones that can do this relatively easily and without a lot of cost will recover faster, he says. For example, oil sands operations have to spend a lot of money to slow down their business and pay a lot to ramp it back up again, while service businesses can usually come back to full capacity quickly and cost-efficiently, he says. “This is important because if it costs money to shut down and start back up, then that’s negative for cash flow and they’re not going to get that money back,” he says.

2. What are its fixed costs?

Naturally, in an environment like this, the less money a company can spend per month, the better. If its fixed costs are low—the includes rent, interest, salaries for staff it needs to keep on and more—then it may be able to keep its doors open longer than companies with high fixed costs. One key figure to determine is how fast a company might burn through its cash. While a lot of people still think the economy could bounce back quickly, more are saying it will take a lot longer for businesses to get back to normal. If that’s the case, does it have enough money to survive for what could be months or even years?

3. What is management’s recovery plan?

Owning a company with a good management team is always important, but it’s especially critical today. La Bell will be paying careful attention to a company’s reopening plans. Executives don’t have to have everything figured out yet, but they should be outlining at least some ideas as to how they’ll get their company back online. Plans should include details on how a company might open stores or plants or how it intends to deal with new product launches. But it must also consider how it will bring its people back to work. For instance, Apple CEO Tim Cook told staff on Thursday it will likely institute temperature checks and social distancing measures for when they return to work. It’s that sort of thing La Bell wants to see. “HR will need a lot more attention than it typically gets on conference calls,” he says. “How people are bringing people back to work, and how they’re going to protect them, is a big deal right now.”

4. How disrupted is the supply chain?

Even if a company has a good plan in place, if its supply chain is disrupted, then it won’t be able to stock its shelves or get products made. With the pandemic affecting every country around the world, how global a company’s supply chain may be is of particular interest to investors today. “One small issue can prevent a company from finishing off a product,” he says. He’s heard of an apparel company that can’t get the logo patches it sews on its jackets from its supplier overseas and that’s holding up entire production lines. Companies must have contingency plans, he says. “I expect more people to be asking questions about that,” he says. “The more complicated the product, the more complicated the supply chain.”

5. How is the company selling?

It’s also important to determine how much of a business’ sales will be impacted by COVID and if it’s doing anything to counter that problem. If a business generates most of its revenues in malls, it’s likely that company is going to struggle for some time—though maybe it’s found a novel way to continue selling, such as improving its online sales interface or offering drive-through pick-up. Also look at how reliant a business is on global sales. It’s possible that companies with exposure in China, which is starting to reopen its economy, may recover faster than those with stores only domestically. “This is interesting because it’s going to be a staggered reopening of economies, depending on what country was hit first,” he says. “The hardest hit in Europe may open up sooner than the U.S.”

Do your own homework

It’s important to listen to what company CEOs are saying about their business and their industries, but finding out how efficiently a company can, say, scale up or down, will take some work. La Bell suggests looking at how a company fared during past crises. Was it able to reduce its costs and ramp business back up quickly? How did pivot in a time of crises or find new sales opportunities?

No matter what happens this earnings season, if you are in a position to buy, it’s still important to buy good companies with strong management teams and ones that can manage through this downturn, says La Bell. “The biggest thing you should be worried about is damage that could be done between now and a full recovery,” he says. “At this time, it’s the well-run companies that will come through.”