The author shares what he learned about investing, and life, in the last decade. 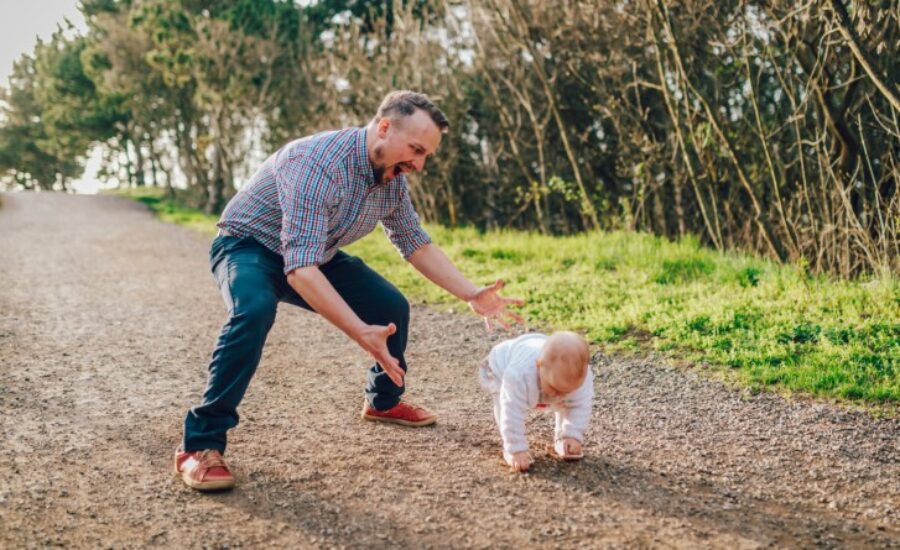 On February 4, I turned 40. I try not to get wrapped up in birthdays and ages, but these milestone moments (30, 40, probably 50) always make me stop and think. Mostly about the passage of time – I still feel 27, so it’s hard to believe that I am not, in fact, 27. What’s really thrown me for a bit of a loop, though, is that it’s been a decade since I wrote this story for MoneySense about turning 30, which looked at what I should expect in the years ahead. (The fact that I’ve been writing for MoneySense for 12 years is also mind-blowing.)

In that piece I asked editors, experts and family members for their investing and saving advice, and while all of their wisdom came in handy, I didn’t appreciate just how hard it would be to follow. I’m not going to try and duplicate that piece by asking people what I should expect in my 40s—if I learned anything over the last 10 years it’s that life is wildly unpredictable and that you mostly need to go with the flow—but I will tell you what I figured out in my 30s.

Your 30s are expensive

Out of all the advice I received a decade ago, it was former MoneySense editor Duncan Hood who summed things up best: “Canadians find their 30s are the toughest years when it comes to finances,” he said. “First there’s the new house, which not only means mortgage payments, but buying all the furniture to go in it. Then there’s the new car—or two new cars if you both work. And just when you think your paycheque is being stretched to the limit, it’s time to have kids!”

While I moved into my first house and had my first kid before 30, I had two more children and moved two more times in my 30s. (Including one crazy move from Toronto to Winnipeg, where I grew up and now live.) We managed to hold off on a second car for a long time, but as the kids got older, shuttling them around in a single vehicle became more difficult. I did buy a cheap car, but it still hurt to pay for it. In any case, he was right: Managing money over the last decade has been a challenge. Kids cost a lot and so too do the nights out you need to take to get a break from them.

Overall, I would say I’ve put into practice only some of the financial advice I’ve heard from the many personal finance experts I’ve spoken to over the last 10 years, in part because of all the demands on my time and my dollars. Though, like everyone else, I’m also lazy and I like to spend money on winter vacations and wine.

One thing I’m most proud of, though, is that I’ve managed to stay out of credit card debt. I haven’t always paid my cards off every month, but I am generally able to get my balance to zero somewhere between 20 and 40 days. I do carry debt: I still have a mortgage to pay off (it did help that I made a 110% return in five years on my Toronto home), which I’m hanging onto because interest rates are so low.

I’m able to pay off that debt, not because of budgeting—I am probably least proud of the fact that I don’t have a real budget—but because I decided five months after I wrote that 30th birthday MoneySense column to quit my day job and go out on my own. It was risky for sure, but with the media industry seemingly falling apart back then (and still to this day) working for a big media company like Rogers, which owned MoneySense at the time, seemed like an even riskier move. Making your own way appealed to me; I liked the idea of working for every dollar, and when you’re on your own the potential is endless.

Thankfully, it has paid off professionally and financially. As my expenses grew, I found ways to make more money. I do think that’s an underappreciated idea: nest eggs grow not just by saving money, but also by earning more, so that you have more to put away.  That is, of course, easier said than done, and just trying to make more may not be a great long-term plan, but so far it’s working. While not everyone will work for themselves, trying to earn more, through new and better jobs, is one way to boost your income.

Of course, keeping those expenses in check is important, though challenging. I think budgeting can work, or at least it will give you an idea on where you may be able to cut back.

Save, but don’t sweat it too much

As for saving and investing, I learned that it takes a few years to get going. Yes, it’s always better to start early and do what you can—advice that many people gave me a decade ago—but I felt a lot less guilty about my lack of saving when I realized that you really don’t need to worry about putting money away for retirement when you’re 30. At that time, paying down a mortgage and buying diapers is the number one priority.

It was in my mid-30s when I started feeling a bit panicked about my lack of savings, so that’s when I started to ramp things up. Still, I wasn’t sure how to get going despite writing a regular investing column in Canadian Business magazine. I didn’t want to invest in stocks (I like risk, but not that kind of risk), and I also didn’t want someone else to invest for me. One thing I did know from my writing and from reading MoneySense is that it’s difficult for active managers to beat the benchmark and that exchange-traded funds were the way to go. Thankfully, MoneySense had long been an advocate for the Couch Potato Portfolio, so I just followed that.

However, I made a mistake: When I started investing I put money into a TD Waterhouse RRSP, but it ended up in cash, because I didn’t take the time to actually split it up among the ETFs. It took months before I divided my assets, during which time the market rose quite a bit. Partly because of that misstep, I started using robo-advisor Wealthsimple a couple of years ago, which divides up your assets into ETFs for you right after you invest; now I don’t have to worry about leaving any money in cash. I try to put as much money as I can away at the start of the year rather than at the deadline, but that, too, is often easier said than done.

It’s been quite a ride over the last 10 years. My family has experienced a lot of loss, including the death of my father-in-law, which gave me a crash course on life insurance and estate planning, but we’ve also experienced a lot of joy. I’ve moved cities, changed jobs, made new friends, lost touch with old ones, spent too much money, but still saved a bunch and more. I’ve learned that life can be awe-inspiring, painful and a lot of fun, often at  the same time. And while money is what makes the world go round, it’s important to enjoy life, too. Unlike Suze Orman, I would never give up my morning coffee to save a few bucks.

Everyone I’ve asked says that your 40s are better than your 30s. The kids are less demanding (at least on your time and assuming you have in your late 20s or early 30s), you’re in your top earning years and you start to sweat the small stuff less. I’ll let you know how it goes.