Will your portfolio get jacked with Peloton?

The fitness brand made $228 million in revenue in Q1—up from $112 million a year ago—and most analysts consider it a buy. But there are problems, too. 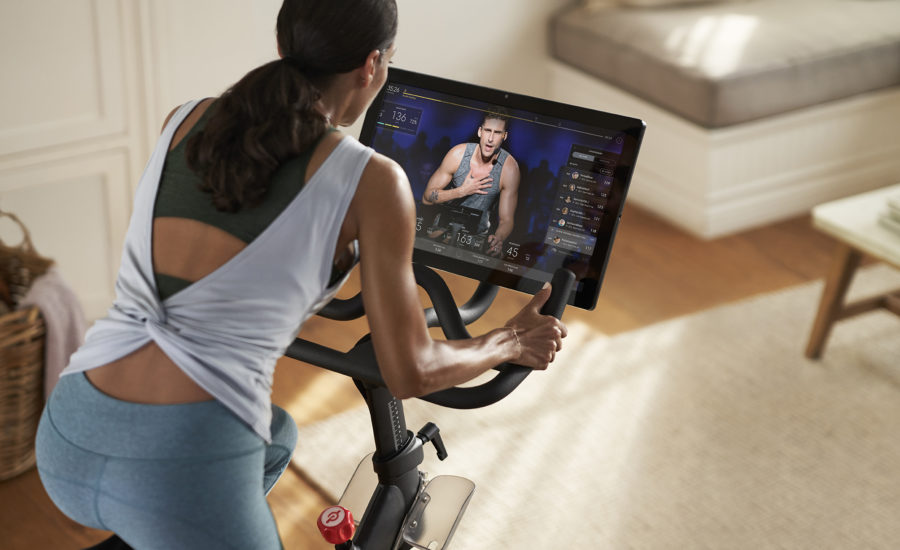 A few years ago, I started working out. With high cholesterol running in my family and my body getting older, I decided it was time to start taking care of myself. I could never muster up the energy to go to a gym, so I enlisted a friend who would come to my house once a week and put me through my paces. It may not have been the most frugal way to exercise—a personal trainer, even one that offers a friends-and-famiiy discount, costs more per month than a gym membership—but it worked. I lost weight, felt better and got healthier.

I also started understanding why many investors were bullish on fitness and health foods, which I never fully appreciated before. If my cola-drinking, burger-eating self was able to kick some bad health habits, then anyone could. With my generation (we all ourselves Xennials) better understanding the benefits of healthy living than previous cohorts (there’s a lot more research now to show that exercise is good for both the body and the mind), and with us demonstrating the importance of exercise down to our children, the fitness craze isn’t going anywhere anytime soon. According to the Global Wellness Institute, the “physical activity economy,” which includes sports, fitness and mindful movement, is valued at $828 billion globally.

With a market this massive, it’s no wonder retail investors are taking a hard look at whether there are ways to make money on the growing interest in exercise. Chief among the options is Peloton, which sells a $3,000 video-screen equipped fitness bike that, for a monthly fee of about $49, connects users to group classes and personal trainers who help you in real time. I will admit that when I first heard of it, I wanted to get one; being able to take a group class at home sounds amazing.

Many others have said the same. In its Q1 2020 results, Peloton said it made $228 million in revenue—up from $112 million during the same quarter the year before—and had 563,000 subscribers compared to 277,000 in Q1 2019. It’s a near certainty those numbers will continue to grow, especially considering how much the company spends on marketing: a whopping $324 million last year. (Its marketing department doesn’t always succeed, though, with one unintentionally hilarious ad causing some controversy. But still, in this case, even bad publicity turned out to be good for business.)

James Hardiman, an analyst with Wedbush Securities who initiated coverage on the stock this month with an outperform rating, thinks Peloton can sign up at least 4 million customers around the world over the next few years, saying on CNBC that a lot of people who don’t own a Peloton are interested in buying one. “Among actual Peloton owners,” he added, “satisfaction was through the roof. Ninety-seven percent of people were satisfied based on the work we did.” He has a $37, 12-month price target on the stock, which is about $7 higher than where it’s trading today.

The case for owning Peloton stock is simple: More people want to live a healthy lifestyle, which includes exercise. Yet, many are too busy to fit the gym into their day and they don’t want to pay the $80 an hour or so it costs to have a personal trainer come to their home. If you can pay gym-like rates to have the trainer come to you, then problem solved, right?

If only it were that easy. Peloton’s stock is up 18% since going public on September 26, 2019, though it’s had its ups and downs, as you can see from the chart below. While the majority of analysts are excited about the stock—it has a consensus 1.36 buy rating, according to S&P Capital IQ (ratings range from one to five, with the latter being the worst)—there are three issues that some investors are concerned about.

The first is that it’s expensive. One of the reasons I haven’t bought one is that shelling out $3,000 for a bike is difficult to stomach and I have a 20-year-old treadmill that works perfectly fine. What if I don’t end up using the bike enough to justify the cost? With around 600,000 subscribers, it’s likely many others are having the same thoughts.

Growth, in general, could be an issue. Grizzle, a Toronto-based research firm, is more bearish on the stock than others, in part because of Peloton’s hope that all gym-goers will one day become bike users. (It also offers a $4,000 treadmill, which isn’t yet available in Canada.) In a note released around its IPO, Grizzle said, “Peloton may be the best piece of home exercise equipment ever invented, but…it’s pricing in a penetration rate never achieved in history by a consumer good. Peloton is effectively telling us they think every person with a gym membership could one day own a Peloton. Possible but highly unlikely.”

The second problem is competition. More real-time bike training products are coming to market, and at a cheaper price point; the Canadian-made Echelon Fit, considered by many to be the best alternative, costs less than $1,100. But, besides that, there’s a lot more to working out than a bike ride. There are weights (which can be surprisingly expensive), exercise balls, yoga classes, tennis lessons and many other things that fit in the fitness category. According to a 2018 study from sports and nutrition company My Protein, people between the ages of 18 and 65 are spending an average of $155 a month on health and fitness-related activities and accessories. Will people either increase their spend or give up something else to pay for a Peloton and its workouts? As more people take up exercising, it’s likely that monthly spend will increase, but those dollars could go towards all kinds of things.

Finally, Peloton is losing money, with its net loss growing to $245 million in 2019, from nearly $50 million in 2018. With plans to introduce new products (a rowing machine, reportedly) and expand more internationally, the company will need to continue investing boatloads of cash into its business. (Another question: Will people pay thousands for multiple pieces of Peloton-made equipment?) Of course, as we’ve seen over and over again, investors often don’t care about profitably, but if a company takes too long to make money, they could turn. Peloton says it expects to make a profit in 2023.

What gets me, and many analysts, most excited about Peloton is the real-time classes, which you can do via its app without having the equipment (using just the app costs $12.99 a month). If I can work out at home with actual people, rather than to some YouTube video or a pricey personal trainer, then sign me up. But I’ll use my own treadmill or I’ll buy a bike at a fraction of the cost. It’s that subscription fee—think of it as the Netflix of fitness—that could keep this stock running higher into the future.