While stocks are still down by about 20% since February 21, 2020, U.S. and Canadian equities have risen by about 25% since March 23. With COVID-19 still cutting its devastating path around the world, what does it mean—and what should investors do, if anything? 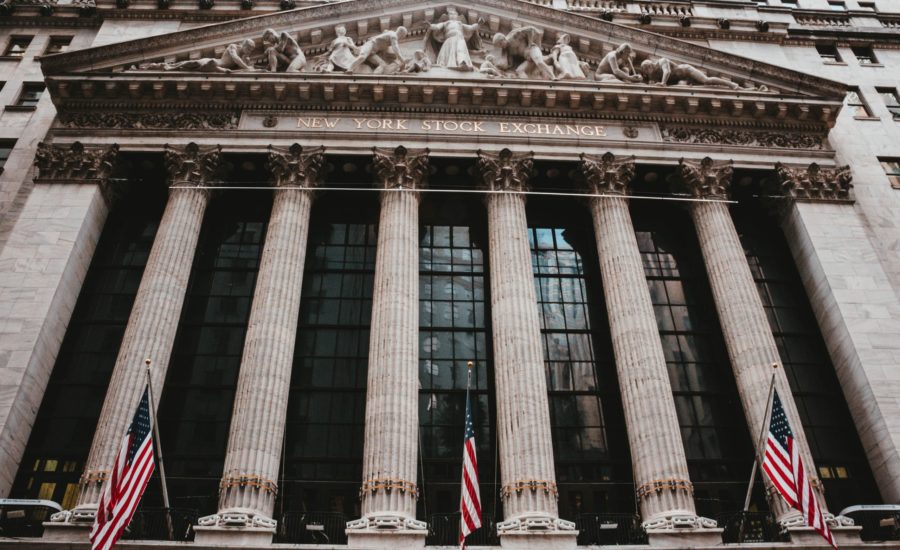 Photo by Aditya Vyas on Unsplash

For the second week in a row, markets are up, with the S&P 500 climbing by about 12% between Monday, April 6, and Thursday, April 9, while the S&P/TSX Composite Index rose by 9.5%. (Markets were closed, perhaps thankfully, on Good Friday.) While stocks are still down by about 20% since February 21, U.S. and Canadian equities have risen by about 25% since March 23. So hooray for your portfolio, which, if you listened to MoneySense’s advice and didn’t sell out, has recovered at least some of its losses.

But as welcome as these recent gains may be, now is not the time to get carried away. If you found yourself taking deep breaths as the market fell, then you should be doing the same during these climbs. Many professional investors think we’re not out of the woods yet—and that stocks could see another big decline.

Why are markets rising?

There are a few reasons as to why stocks have been rising over the last couple of weeks. One is that we now have at least some idea as to how devastating COVID-19 will be to the global economy. That may seem strange, but markets tend to be forward-looking—meaning that investors often react before bad news comes out. (Markets tanked around February 21 in anticipation of this devastation. At that point companies were still operating as usual.) As brutal as first and second quarter growth numbers will be—a lot of people, including former Federal Reserve chairwoman Janet Yellen, are expecting a 30% contraction in U.S. GDP—investors feel better knowing it’s going to be bad.

As well, there appears to be some early signs that the COVID-19 curve may be flattening in hard-hit areas like New York, though many people are still getting sick and dying. At the same time, we know that a lot of scientists are working hard to find a vaccine (though it will still take 12 to 18 months to land on something that works, according to experts), while other treatments and drugs are being tested.

All of this is contributing to the recent market gains; people are starting to feel a little bit better about where everything is headed. (Volatility, as measured by the CBOE Volatility Index, better known as the VIX, is also down, falling by 50% since March 16. A lower number means fewer ups and downs.)

Why you shouldn’t get too excited

If you google “stock market bottom,” you’ll find many many different opinions as to whether the market will continue rebounding from here or if it will drop by another 20%. Obviously, we don’t know what will happen, which is why it’s important to not get too excited about the market’s direction. Stock prices are no longer trading on fundamentals—with earnings falling off a cliff, it’s hard to judge a business on the usual metrics. Instead, stocks are trading on the news. When there’s good news, the market rises and when it’s bad, stocks fall.

It’s entirely possible that more bad news is on its way. If GDP growth falls by 50% instead of 30%, then the market could drop again. If the rate of infections and deaths starts to rise again—whether in Wuhan, which just relaxed its social distancing rules, or in New York—the market could plummet. If a vaccine takes longer than 18 months to find, or if we’re quarantined for another six months instead of two, then you can be sure people, and the market, will get nervous again. Anything that happens unexpectedly will likely give equities a jolt in the wrong direction.

You need to remind yourself there is no magic solution here, and that the most important thing you can do right now is stay level-headed and patient. According to MarketWatch, bear markets like the one we’re in now last, on average, 18 months, with the deepest bear markets taking 7.5 years before reaching all-time highs again. While many people hope that markets and the economy will rise as fast as they fell, more analysts are coming out to say that this won’t be a V-shaped recovery—which is when the economy drops fast, but then rebounds quickly. Instead, they predict, recovery will be more U-shaped, which means it could take months, if not a couple of years, before the economy gets back to some semblance of normalcy.

Remember, markets do tend to climb over the long term and people are resilient. You may just have to wait for a few more months of gains, rather than a few weeks, before celebrating.