Four investing professionals offer thoughts on the current state of the markets. 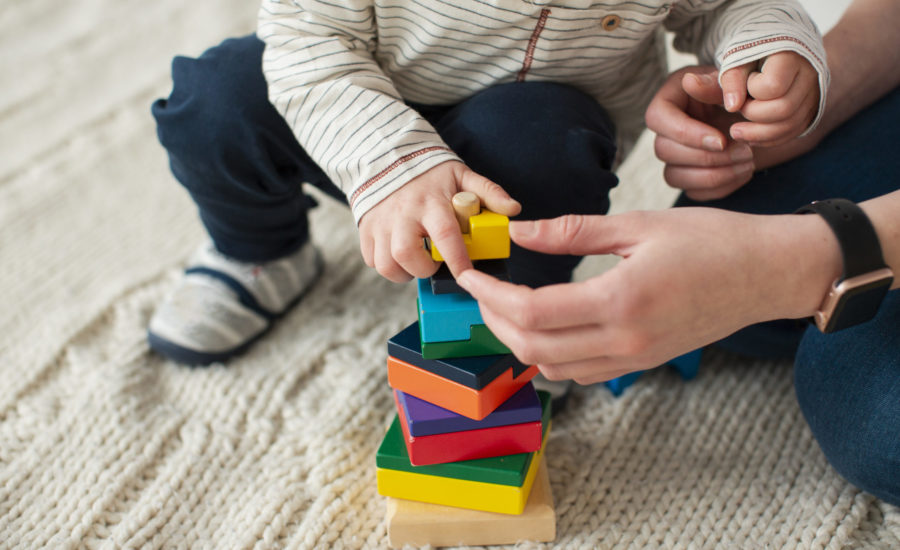 COVID-19 has changed life as we know it. It’s still hard to fathom exactly what’s going on, both with the markets, which fell by about 6% in Canada and 8% in the U.S., and in life. My kids are now home all of the time, FaceTime cocktails are now a thing (and more fun than I had expected), and date night consists of a quick trip to the grocery store. Romance in Aisle 1?

I’ve also had a lot of talks with friends about the economy and the markets. They tell me their portfolio is down a ton, I say mine is too, though I don’t know by how much because I’m not checking. I know they’re down by 30%, but I don’t need to obsess over the specifics. I’m not selling because, what’s the point? My portfolio has already fallen and you only lose that money if you liquidate. I still have at least a couple decades to go before I need those savings, and my hope is that the markets, like they always have, rise at some point before then.

Still, all of this is confusing and it’s hard for anyone, including a personal finance journalist, to know why the market is reacting the way it is and what they should do. So I asked four smart people for their thoughts on the current state of the markets. Here’s what they had to say.

People want to come up with comparable periods to help them put this into context. A lot of people are talking about 2008 because of the severity of that market shock, but it’s different. In 2008 the real problem was excessive leverage, so the solution was backstopping banks and re-capitalizing them.

This time the issue isn’t financial. Cutting rates isn’t going to do anything. It’s not like if there’s a cut everyone is going to get back to work. The governments do have the right idea of getting cash in the hands of the public to help them get through this period. But the reality is that we don’t know how long this will last and what the fallout will ultimately be.

The biggest risk is how long this lasts and how deep the impact is in the U.S.—but the U.S. is behind in terms of taking it seriously. So, the best case is that it lasts through the summer. My best guess right now is that you’re looking at having a recession—two quarters of negative growth—but there will be enough pent up demand and you will see positive growth by the third quarter of the year and the recession will be over.

There are opportunities for people who have some cash and we have started to dip our toe in and make selective purchases of high-grade stocks. Canadian banks have gotten really cheap and they’re offering yields of 7%. It’s good to remember that in 2008 and 2009, none of the Canadian banks cut their dividends. We also added to [our holdings of] Canadian Tire, which is down 50% from where it was months ago. It’s an example of a high-quality business, and when things recover, they will be well positioned. In this environment, you don’t need to speculate.

We’re seeing incredible values out there, and it’s exciting from an investment point of view. The big question is timing and where we see the bottom. If you were to look out 10 years, I would say there’s a lot of opportunities to make money right now—and that’s the biggest message I can deliver right now, given my 35 years of experience. Over the medium term, though, how long does this go and how depressed does the stock market get?

The stock market does discount that in advance, and so that’s why we’ve seen such a swift reaction and this pullback. I’ve been involved in 1987, 2000, 2008 and 2011, and this one is the swiftest—and the impact to the economy, or at least the perceived impact to the economy has happened much faster. If this is short, then there’s an unbelievable opportunity here, because as soon as the market sees some signs of improvement, it will respond accordingly. If we get any good news, I expect the rally to be swift and large—but it may not last, that’s the problem. You have to be careful in times of so much volatility.

There are a lot of good financial stocks that have been absolutely crushed, and they’re trading around book value with really decent yields. There are also companies that are always expensive that investors never feel comfortable owning, but if they focus on the basic investing tenets of low price-to-earnings ratio and a great balance sheet, then you can find things you normally couldn’t buy. I’m looking at CGI (a Canadian tech company that’s down 30% since Feb. 21) and Brookfield Asset Management (down 38%), which has had a huge run. I’m watching those two closely.

Despite what a lot of people think, the economy was on shaky ground before the pandemic hit. It looked like there was a recession in manufacturing, and global demand was softening up. We didn’t think it would spread to the rest of the economy, but there were sore spots. That’s one part of the story.

Stocks also looked a little overvalued and there was an incredible amount of leverage in the financial system, whether it be hedge funds or private equity really levering up their bets to maximize returns. The problem becomes that once prices start falling, they have to cover their margin calls and so they have to liquidate. With the panic, everyone wants to hold cash and that creates this snowball that, because of leverage, people are forced to liquidate those positions and then it balloons into what we’re seeing now.

The next question is, does [this quarantine situation] evolve into a credit crisis? And that’s sort of the same way we think about the great recession. It started in the real estate market and then it spawned into a credit crisis, and then you had Lehman and Bear Sterns going bankrupt. So, there’s a question of liquidity and solvency, and how long can these businesses hang on when they have no revenues coming in? If they don’t have revenues and they can’t pay debt, then they go bankrupt. Maybe you have emergency financing if you’re a big corporation, but it’s an ugly predicament for small businesses. Even if you get an infinite amount of interest-free loans and you hang on, and get up and running again—what good is that if you have so much debt that you can never dig out of that hole? The only thing that makes economic sense is to close.

One thing that is encouraging is that the fiscal response is going to be much more robust than we had during the last recession. [Prime Minister Justin] Trudeau’s $82-billion package is more than 3% of GDP. That’s the first step. Now they’re saying they’ll mail every adult in the country a $2,000 cheque. That’s good news and hopefully that means once the closures are done, people will have money waiting to go into the economy. That is the optimistic scenario.

As for markets, during the financial crisis we saw stocks decline by 50% from their peak to trough [their highest point to their lowest]. The dot-com bubble, peak to trough, was about 30%. That 30% number is more typical of an average recession. I think it’s too easy for people to conjure up a doomsday scenario narrative, but when I try and look through the noise, I imagine we’re in store for something more of a typical average recession. So, I would go with 30% peak to trough.

We really haven’t seen anything like this, with people worried about their physical and financial health. It’s a double whammy. We’re trying to help people keep their emotions at bay. We’re not saying don’t have those feelings, but look beyond them to make sure you’re not making decisions based on emotions, especially when it comes to your financial health.

Those who invest on their own have to be careful—how do they not make decisions based on emotion but instead assess their portfolio for quality holdings? Diversification is important, because certain sectors are more impacted, such as travel or oil. Investors who are diversified will be OK because there are going to be pockets that haven’t fallen as much as others. It can help to talk to a professional who can help you look at how your portfolio is positioned in this downturn.

Also, be mindful of your cash flow needs. We don’t want to be taking a lot of money out of a portfolio during a market downturn, but you need to be mindful of what your cash flow needs are. That’s critical. See how you can satisfy your cash flow needs over the next six to 12 months without impacting your long-term investments. The government said [when they announced their $82 billion stimulus plan] that you can take 25% less out of a registered retirement income fund [RRIF]—they don’t want to force people to take money out if they don’t need it. So that money can stay invested [and recover] in a rebound.

You don’t want to miss the recovery, but we don’t know if we’re on the other side of this yet, so go in slowly over the next few months. [As for opportunities,] some energy stocks have been beaten down and banks have been hit hard. Companies like Walmart (down 3.8% since Feb. 21) or Costco (down 9.7%) will be OK because there’s still demand for what they’re doing. But we still say it’s better to diversify across sectors. I wouldn’t put money into one particular sector—spread it out. Geographically, too. Canada is heavily invested in energy and financials, but there are a lot of good tech and healthcare companies in the U.S. Our focus is owning large blue-chip, dividend-paying companies that are in a good position to withstand this downturn.