With the speed at which the disease and its economic impact are picking up, no one will blame you for being unsure of what to do next. We break it down. 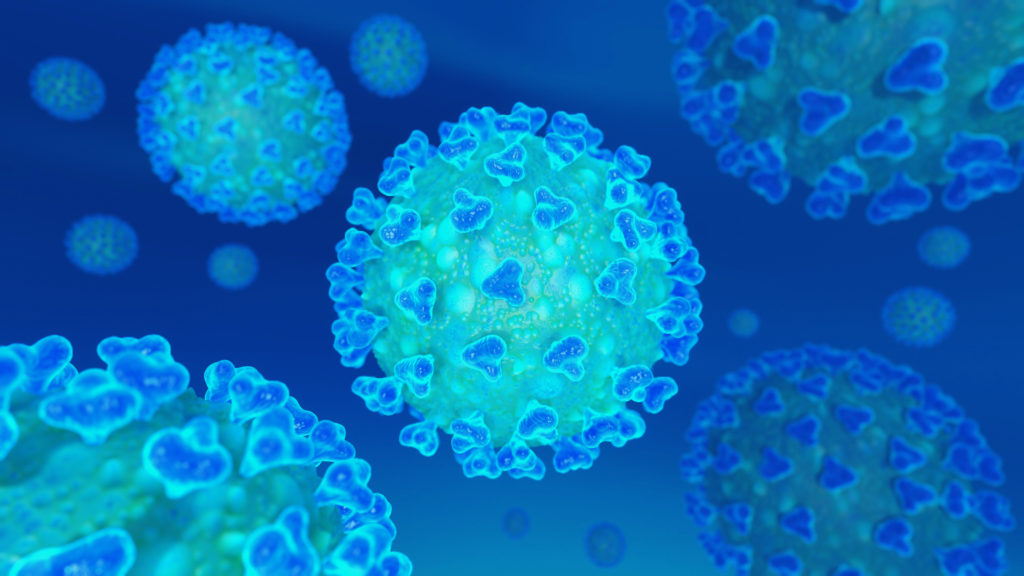 The coronavirus may be making its way around the world—95,000 people have contracted the disease, with about 3,300 having died from it. And, depending on how you look at it, it’s already affected nearly every person on the planet. From your portfolio, to your mortgage, to your travel plans, COVID-19 has likely impacted you in some way.

It’s in situations like these where our planet’s increasingly global nature is on full display. Not only is it fascinating to see how the disease has spread from one area in China to cities across the world, but it’s also been incredible to see the illness’ impact on the global economy. Central banks in the U.S. and Canada slashed overnight rates by a half a percentage point this week, while all kinds of companies are cutting earnings forecasts.

With the speed at which this is seemingly picking up—both the disease itself and its economic impact—no one will blame you for being unsure of how all of this will hit your wallet and what to do next. Let’s break it down for you.

Your mortgage and your savings

On Wednesday, March 4, 2020, the Bank of Canada cut its overnight lending rate from 1.75% to 1.25% because of the uncertainty over the virus’ economic impact. The next day, BoC Governor Stephen Poloz said in a speech that while the Canadian economy has been resilient over the last couple of years, “that resilience could be seriously tested by COVID-19.” Canadian companies, he added, “many of whom had already been forced to the sidelines by uncertainty over the future of NAFTA and the US-China trade war, could retrench further.”

There are pros and cons to rate reductions, all of which may present themselves if this cut lasts for more than a few months. Firstly, those with variable rate mortgages will see their interest rate fall by 0.5%, which means more of your monthly payment will now go towards your principal rather than interest. (Indeed, all the big five banks cut their prime lending rate, a key figure for mortgage rates, by 0.5% soon after the BoC made its move.) That’s good news as you’ll now pay off your mortgage in a shorter time.

On the flipside, housing prices could rise as interest rates are inextricably linked with real estate costs. If your borrowing rate is lower today than it was yesterday then you can now buy more house with the same amount of money. It’s not a coincidence that Canada’s housing prices have soared over the last decade as interest rates fell after the recession. Many people are worried about how this cut will impact an already overheated real estate market.

Finally, savings account rates, which are already low, could fall further thanks to the rate cut. Typically, banks cut the amount of interest on savings accounts when rates fall and they increase them when rates rise, through the latter doesn’t always happen. If banks do reduce their interest payments, then it will be even harder to earn money in a savings account.

Markets have been all over the place over the last two weeks. Last week, Canadian equities fell by more than 7%, while U.S. stocks fell by about 11%—the worst one-week decline since the recession. This week has been a bit better, with the S&P 500 ending the week essentially flat and the S&P/TSX Composite Index climbing falling by less than 1%. However, it’s been a stomach-churning ride; stocks were up 5% on some days and down 3% the next.

Naturally, everyone wants to panic, but you must resist the urge. Think about it: If you sold your stocks on Friday, you would have missed out on the mini-rebound this week. And if you do get out, how will you know when to get back in? Stock markets move a lot faster than you do.

Still, mentally prepare yourself for more decline, especially if earnings suffer from a reduction in consumer spending. Airlines are already in freefall as companies cancel travel—Air Canada is down about 17% over the last two weeks—and many other sectors, such as retail, hotels, manufacturing and more, could struggle if more people work from home or just generally choose to stay indoors.

If you have a longish time horizon, wait it out: Stocks will eventually rebound once the panic calms down. If you’re feeling queasy, then that might mean you need to change your asset mix. It’s in times like these, unfortunately, where people’s risk tolerance gets tested. If you’re really nervous, like sweating-in-the-middle-of-the-night nervous, it’s probably the investing gods telling you to reduce your allocation to stocks—and not just today, but for the long-term. (These kinds of stock market shocks are going to continue coming up over your lifetime.)

Depending on how long this goes on, the coronavirus crisis could start impacting other parts of your life. If the economy worsens, or if people stop spending, then companies could start laying people off. (The OECD has reduced its global growth forecast for 2020 from 2.9% to 2.4%, which would be the slowest rate of growth for the world’s economy since 2009.) If you decide to cancel a trip you’ve already had in the works, then you could lose money on flights. If things get bad enough and the global economy enters a recession, then you may feel even more panicked, more anxious and more generally crappy than you might now, which is never good.

There are a couple of things you can do here. Make sure you have some money put away in case of an emergency, so if you do get laid off at least you have funds you can access to cover expenses. It might be hard to build up an emergency savings account now, but start putting more away in case things get worse. The other is to take a deep breath. We’ve been through pandemics before, such as H1N1 and SARS, and as bad as they were at the time—and many people did lose lives. But things eventually settled down and the economy recovered.

Of course, all of this is easy to say; it’s easy to succumb to uncertainty. But try hard to stay focused on your long-term goals. Concern around the virus will disappear, your retirement plans, though, aren’t going anywhere.