The Fed follows Canada’s 50-bps rate hike, Musk and BMO are sellers and one way to position a portfolio for 2023. 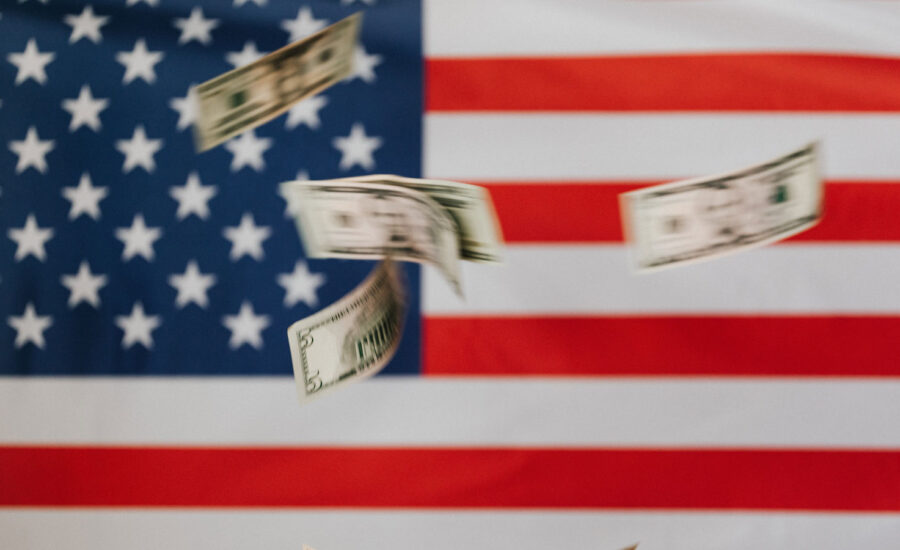 We’ll get to the rate hike decision in a minute, but first let’s look at the Tuesday inflation reading that set the table for serving up a 50-basis point (bps) hike in the U.S.. This move south of the border follows the 50-bps rate hike in Canada last week.

The U.S. inflation reading came in cooler than expected. The total (all items) consumer price index (CPI) estimate for November was a 7.3% increase. The print came in at 7.12%—0.18% “cooler” than expected. Core inflation was expected to come in at 6.10%, but the number ticked down to 5.96%—0.14% better than consensus.

Stock markets were initially giddy with the bump and they charged out of the gates Tuesday at the open of trading. Stocks were up 2.5% in early trading before settling down. The S&P 500 (IVV:NYSE) finished the day ahead 0.7%. Canadian and international stocks also went along for the ride.

There was—and perhaps is—hope that with inflation heading in the right direction, the Fed will soon be able to pivot. These days a pivot means less severe rate hikes. We might then see a rate-hike hiatus, when the Fed can hold off to evaluate the economic effect. There is a lag effect; it can take a year or more before the rate hikes work their way through the economy and do their thing. That being to bring down spending, economic activity and inflation.

The Fed follows Canada with a 50-bps rate hike

The Fed did downshift to a 50-bps hike, as expected. And, that is a fitting analogy as rate hikes work like a brake on the economy.

As I suggested in August 2022, this is where physics meets economics.

“Think of inflation as a ball attached to a long elastic band in the sky, and it’s falling. The goal is to apply just enough pressure to increase that rate of descent, with the objective being that the ball stops just short of crashing into the ground. And then the ball has to bounce around and settle within a desired range. The central bankers’ flight plan is to keep inflation at a 2% to 3% level.”

Powell said in a statement that getting inflation down toward the Federal Reserve’s 2% goal “will likely require a restrictive stance for some time,” after the central bank raised its benchmark rate by 50 bps to 4.5%. That’s a step down from the 75-bps rate hikes of the past four meetings.

Still, the labour market remains “extremely tight” and continues to be out of balance with demand exceeding supply, he added.

Powell also insisted the terminal rate is going to be higher than the previous projection of 4.6%. That terminal-rate projection has now climbed to 5% or above. Powell conceded that the Fed will move in lower increments toward the terminal rate, as more inflation data come through. This leaves room for the Fed to revise its estimate. They will be “data dependent.”

Here’s some perspective from a post on Seeking Alpha:

There may be tough work ahead to get inflation to go from 4% down to 2%. I wouldn’t be surprised to see the inflation target changed in the future. Only time will tell, and inflation is still driving the bus.

Here are some key time-stamped moments from the Fed’s press conference (all quotes are from Powell, and appear in order of what we think is importance):

3:07 p.m. (EST): “Changing our inflation target is something we’re not thinking about. We’re not going to consider that under any circumstances. We’ll use our tools to get inflation back to 2%.”

3:05 p.m. (EST): “Our policy is getting to a pretty good place,” and it’s close to “sufficiently restrictive.” The higher rate “narrows the runway” for a soft landing, but he still thinks it’s possible.

3:01 p.m. (EST): The November inflation data “clearly do show a welcome reduction” in the pace of inflation. As for core services inflation, excluding housing, “we do have a way to go there.”

2:42 p.m. (EST): “We think financial conditions have tightened significantly in the past year,” he said. “Our focus is not on short-term moves, but persistent moves.” He doesn’t consider the policy to be at a sufficiently restrictive policy stance yet.

2:40 p.m. (EST): While the median Federal Open Market Committee (FOMC) rate projection for 2023 has increased to 5.1% from the previous 4.6% expectation, the projections are not a plan to raise rates, Powell said.

2:36 p.m. (EST): The central bankers need more evidence that inflation is headed lower, he said. In addition, risks to inflation remain to the upside, he added.

Stocks fell further on Thursday as jobless claims in the U.S. came in below estimates. The Fed is looking for more weakness in employment. Also, the Bank of England also boosted its rate by 50 bps.

Stocks fell sharply on Thursday (down modestly over the last week) and have declined by almost 3% over the last month. Markets have digested the recent rate-hike moves and are still pricing in a soft landing. But, as I pointed out last week in this column, they may not be looking out far enough to the earnings hit being perpetuated by the higher rates and the effect on businesses and consumers.

While the economic consensus is that we will enter a recession in 2023, other market participants and experts suggest a recession may not be necessary to bring down inflation.

U.S. Treasury Secretary, Janet Yellen, is of the view that inflation has peaked, or it is already in decline. She’s also hopeful that the labour market will remain healthy as the central bank continues to execute policy based on the lessons learned from the high inflation of the 1970s.

Here’s a quote from Yellen being interviewed on 60 Minutes from Sunday:

“First of all, shipping costs have come down. Delivery lags, which were very long—those have shortened. Gas prices are way down. I think we’ll see a substantial reduction in inflation in the year ahead … if there’s not an unanticipated shock.

“There are always risks of a recession. The economy remains prone to shocks, but look, we have a very healthy banking system. We have a very healthy business and household sector. … We are at or beyond full employment. And so it is not necessary for the economy to grow as rapidly as it has been growing to put people back to work.”

We don’t know what we will get, and only time will tell in these fascinating times.

This is an apt observation on human expectations and framing:

If we look at the amusing tweet it might be framing the before-the-worst-of-the-inflation storm fear and “the sun will come out tomorrow” optimism.

Stock stories of the week

There are changes to Canadian bank ratings and regulations.

The Office of the Superintendent for Financial Institutions (OSFI) announced the DSB (domestic stability buffer) level will be set at 3% as of Feb. 1, 2023. That essentially means that banks need to play more defense and shore up their balance sheets. In a previous column, I wrote an overview on recent Canadian bank earnings.

Analysts are becoming much more cautious of the Canadian banking sector.

Elon Musk sells another huge chunk of Tesla shares with a value of USD$3.6 billion. The decline of Twitter and Tesla (TSLA/NASDAQ) continues.

And some Canadian craft beer enthusiasts might be crying in their beer this week.

BREAKING NEWS: @WaterlooBrewing to be acquired by @CarlsbergGroup for $144 million. Watch for full details to be posted on the CBN website tomorrow morning. pic.twitter.com/y2R5eckk61

The OG craft beer in Canada has been acquired by one of the big boys, Carlsberg. The stock has had a rough go. The company is not very profitable. That said, the stock (WBR/TSX) was up more than 8% over the last five trading sessions before the announcement. The stock ripped on Thursday, up almost 18%.

How you may position your portfolio for 2023

I did a ton of research and listened to many market experts and portfolio managers (that I’d give the time of day to) to pen this post on Seeking Alpha: How to prepare your portfolio for 2023 (if the soft landing narrative is right). Of course, this is not advice, merely my observations and thoughts, but I’ll give you the gist of the potential positioning. What worked in 2022 (and these are the assets that I’ve long suggested) might continue to work in 2023.

You could buy good companies that make a lot of money (in defensive sectors). Economic moats can be more than useful in times of economic stress. You may want to add in energy stocks and ETFs. It could also be wise for retirees and near retirees to hold some bonds and cash as well.

“Essentially, the investment theme of what has worked in 2022 might continue in 2023. Good companies with low or modest debt and generous amounts of free cash flow. And yes, getting paid (dividends) will be important as well.”