Retail inventory glut continues, the eye-opening data on future U.S. versus Canadian debt, why our oil isn’t worth as much, and Rolls-Royce asks, “What recession?” 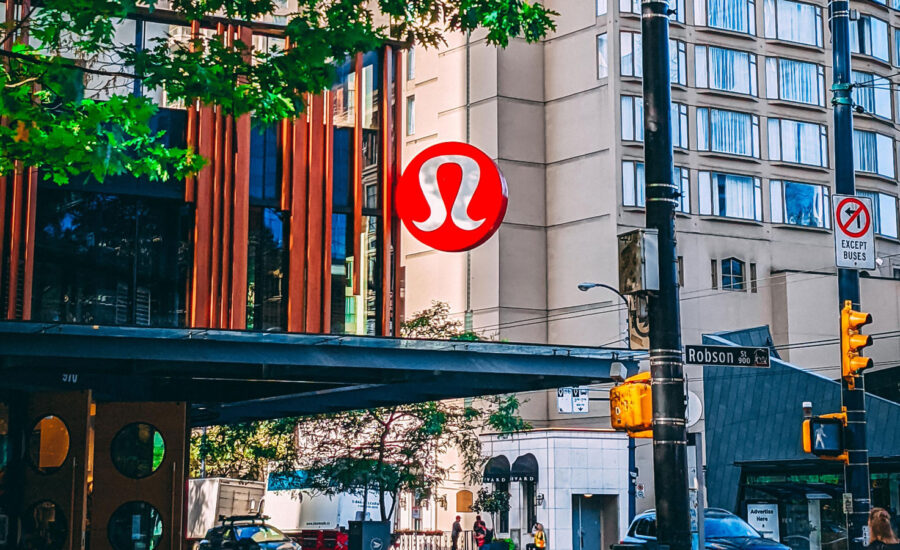 Photo by Marco Tjokro on Unsplash

Kyle Prevost, editor of Million Dollar Journey and founder of the Canadian Financial Summit, shares financial headlines of the week and offers context for Canadian investors.

The last set of quarterly earnings reports before the big holiday season showed that, while many large retailers were setting sales records, they were also struggling to move massive amounts of excess inventory. Lululemon Athletica (LLL/TSX) decided to give an updated earnings forecast on Monday, and it looks like retail worries will continue. (All numbers below are in U.S. currency.)

The athleisure-wear giant saw its stock price fall more than 9% on Tuesday after it announced that good sales numbers during the holiday season were due in part to massive discounts. Lulu further expects profit margins to decline as the quarter progresses, given the pressures exerted by the inventory glut. That said, the 9% share price drop seems fairly extreme given fourth-quarter earnings guidance simply went from $4.20-$4.30 to a tighter $4.22-$4.27. The yogi company also nudged its net revenue forecast up from $2.61 billion to $2.66 billion. Market makers just aren’t willing to look on the bright side or cut retailers any slack these days.

Meanwhile, “meme stock darling” Bed Bath & Beyond (BBBY/NASDAQ) reported on Tuesday that it’s in danger of bankruptcy. The decor company is hemorrhaging money. It lost $393 million last quarter. And with cash-on-hand down to $153.3 million, things look to be going down the toilet.

Paradoxically, while Bed Bath & Beyond looks to go bankrupt, the meme-stock army was back in full force to buy the stock on the vague notion that BBBY could be a “potential acquisition target.” Which company wants to buy a money-losing retailer during a widely-forecasted recession, I have no idea. But it didn’t seem to matter as the stock was up nearly 28% at Tuesday’s close, then it proceeded to rocket up 68% on Wednesday, before adding yet another 50% on Thursday. Share prices are now up 261% over the last five trading days.

Just to give you an idea of what a meme stock continues to mean, $114 million worth of shares of BBBY were traded by mid-day on Tuesday. The entire market capitalization of the company is only $157 million!

Good luck to the short sellers trying to predict the short-term gyrations of these balance sheet-agnostic speculators.

Once again, we see a situation where speculators are engaged in a tug-of-war with short sellers, and there is absolutely nothing about the underlying company’s performance that would justify this share price movement. No doubt many everyday investors will be burned by this price action over the long term (as they have been repeatedly with BBBY, and other meme stocks). Here’s a look at the last five years for the stock.

I’m no technical analyst, but nothing about this chart or the words “bankruptcy” tell me that taking part in this buying binge is a good idea.

Meanwhile, in the utilities sphere, Algonquin Power & Utilities Corp. (AQN/TSX) surprised investors Thursday with a 40% cut to its dividend, causing the stock price to fall 4.22%. The dividend yield had reached 10% as the stock fell late in 2022, so the yield will still be a decent 6%. The stock also trades in New York (AQN/NYSE) .

Look for more in-depth analysis on earnings of some of the major Canadian and U.S. financial stocks in next week’s installment.

Beata Caranci, chief economist at TD Bank Group, presented some really interesting information in regards to comparing debt of Canadian and American consumers as we head into 2023.

She showed that Canadians are already more indebted than our American counterparts, who appear to have gotten considerably more cautious after the 2008 Financial Crisis. We are also forecasted to see Canadians’ debt rise more dramatically this year as well.

Mortgage debt is likely the main culprit behind these predicted trends. Not only do we Canucks carry more mortgage debt, but we tend to default to 5-year mortgage terms, whereas 90% of our southern neighbours have 30-year mortgages.

The key thing to note here is that, if your mortgage rate is set for the duration of the entire amortization, you can probably ignore the latest interest rate volatility. Whereas if your mortgage is coming up for new terms in the next 24 months, you’re likely thinking about what your monthly payment is going to look like.

Caranci also pointed out that Canadians with a variable-rate mortgage were particularly vulnerable, and that the percentage of mortgage credit on variable-rate terms was up to 34%, from 25% as recently as 2018.

There could be some interesting second-order effects here, when it comes to interest rate decisions for the Bank of Canada (BoC) and subsequent market reactions.

Given how much more debt Canadians are carrying than Americans, one could assume that our wallets will be more sensitive to the recent interest rate increases.

If that’s the case, we should see inflation come down in Canada, and we should be putting more political pressure on not raising rates (perhaps even lower them) sooner than in the U.S.A. I’m sure both bond markets and Canadian shareholders will continue to pay attention to this debt-fuelled trend.

Back in the summer of 2021, I wrote about why owning a home in Canada wasn’t for me on milliondollarjourney.com. It wasn’t a popular position at the time, but I think a lot of Canadians who recently purchased homes might be missing the freedom of renting at the moment (even with increased rents).

Canada continues to miss out on oil profits and tax revenue

Despite 2022 being a banner year for Canadian energy companies, our oil companies still don’t get paid nearly as much per barrel as American oil companies do.

Rory Johnston, from Commodity Context, points out that the price-per-barrel difference between West Texas Intermediate (WTI) and Western Canadian Select (WCS) grew substantially during the second half of last year.

This should be interesting news to Canadian investors for two reasons:

Johnston points to the fact that, while the price difference between the WTI and WCS has historically depended on the lack of pipeline capacity, this trend owes more to WCS’s increased refining costs relative to that of WTI. Johnston forecasts 2023 to likely see refining bottlenecks subside and, if economic growth begins to gain momentum, producers will be eagerly awaiting the capacity provided by Trans Mountain expansion.

Regardless how you feel about the damage fossil fuels are doing to the environment, if the oil is going to be pumped out of the ground and then used to produce energy, it makes sense to get the most benefit from it as possible. All Canadian taxpayers have a vested interest in keeping the WTI-WCS differential as low as possible. And, obviously with many of us being shareholders of big energy companies as well, it makes developments even more noteworthy. (We’ve written about the current environment for energy stocks in Canada over at MillionDollarJourney.com as well.)

With rent, groceries and travel costs rising through the roof in 2022, you could be excused for forgetting there is a small percentage of the population that isn’t really affected by an increase in the price of chicken.

This CNBC article about Rolls-Royce (RR/LON) is a good reminder that wealthy folks don’t depend on their wages the same way as most people, and interest rates don’t really impact their spending decisions either. RR shared that they sold a record number of cars in 2022 and that their average price was way up since 2021.

CEO Torsten Muller-Otvos stated, “We haven’t seen any slowdown or downturn. We haven’t seen any negative impact.” He went on to point out that even if demand slackened slightly, the company already had a full year’s worth of pre-orders.

With some of the first hard economic data for 2023 coming in at the end of this week (namely the U.S. consumer price index (CPI) and quarterly earnings for most of the major U.S. financials), we should start to get a feel for just what the early part of the new year has in store for us. Stay tuned next week for our thoughts on what it all means in the big picture.