Is investing in bonds now a "stupid" move? Plus: Unpacking the U.S. Federal Reserve's comments on growth and inflation; Rogers comes a-courting Shaw; and more. 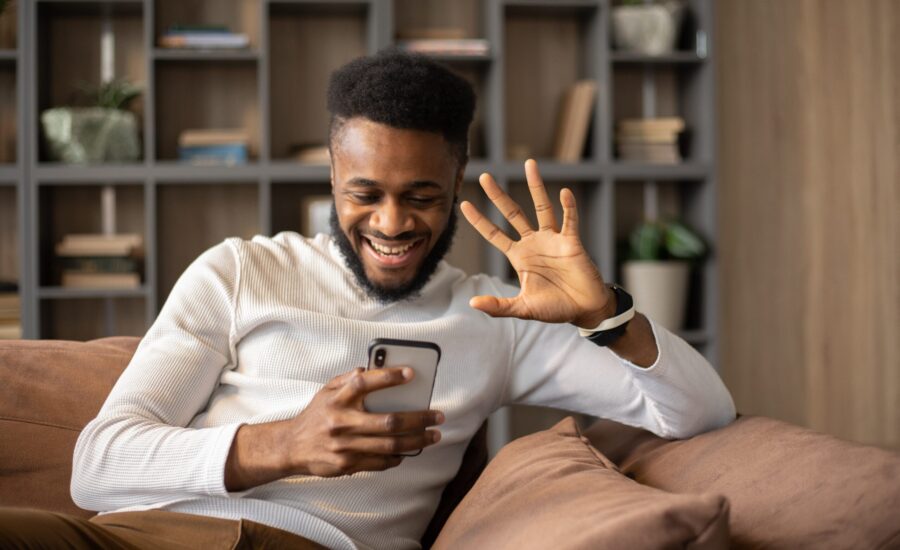 Photo by Gabby K from Pexels

Investing in bonds has become “stupid?”

Now that inflation fears and the threat of a rising-rate environment (bad for bond prices) are on the table, many are suggesting that bonds are a bad investment. Many market experts will go even further to suggest that bonds are “the worst investment ever,” and an investment in bonds today is just plain “stupid.”

In fact, even Warren Buffett in his annual investment letter suggested that bonds are a terrible investment. (We discussed that letter here on March 8.) Buffett’s exact quote: “Fixed-income investors face a bleak future.”

And this LinkedIn post from Ray Dalio, a well-regarded hedge fund manager certainly caught my attention. I strongly suggest that you read that full post. From Mr. Dalio…

“The world is a) substantially overweight in bonds (and other financial assets, especially U.S. bonds) at the same time that b) governments (especially the U.S.) are producing enormous amounts more debt and bonds and other debt assets.… Their overweight position in U.S. bonds is largely because of the ‘exorbitant privilege’ the U.S. has had being the world’s leading reserve currency, which has allowed the U.S. to overborrow for decades. The cycle of becoming a reserve currency, overborrowing, and being over indebted threatening the reserve currency status is classic.”

The investment world has been in a bond bull market from the early 1980’s. It’s all we’ve known. Again, from Dalio’s LinkedIn post …

“If bond prices fall significantly that will produce significant losses for holders of them, which could encourage more selling. Bonds have been in a 40-year bull market that has rewarded those who were long and penalized those who were short, so the bull market has produced a large number of comfortable longs who haven’t gotten seriously stung by a price decline. That is one of the markers of a bubble.”

We are not used to getting hurt (or, at least seriously hurt) by our bond holdings. We suffer from that recency bias. We should keep in mind that bonds change in price and can carry risk. Even a traditional balanced portfolio could deliver no real (inflation-adjusted) returns for several years.

Low yields bonds offer very little moving forward in the way of returns, even if rates stay somewhat stable. On their own, bonds are obviously not a great risk/reward proposition.

That said, when we manage a well-balanced portfolio, we do not look at an asset in isolation. It is about the sum of the parts and the rebalancing among the parts.

We should also step back and remember that we do not know, with any certainty, where any asset will go within the next year, or 10 years, or 20 years.

“No one seems to ask themselves the simple question—if I could admit to myself that I don’t know the future—what portfolio would I hold?”

Short-term moves and fear should not throw us off our portfolio models that build and protect wealth over time. More from Philbrick…

“Thoughtful portfolio diversification is about preparation, not prediction. There are many disinflationary dynamics like debt and technology at play so the current reflation trade could absolutely be transient—if so, then bonds will rule the day again and the reflation trade will have a serious correction.”

A key word in there is “could.” Referring back to that first quote, Philbrick will admit he does not know the future.

I also checked in with Yves Rebetez of Credo, who acknowledges bonds might still play a stabilizing role in the portfolio. But are they worth it? He adds…

“How do you grow wealth compounding at paltry 1.5% yields when inflation is 2% or more? Taxes on income might also seriously bite into it.… I don’t like to invest to lose…[and] bonds don’t look like much of a decent value proposition”.

On their own, bonds don’t make much sense. But, to my mind, their place in our portfolios is to keep an eye on those stocks.

Here’s where I net out: We don’t know the future, so we should not guess. We should stick to our portfolio knitting but also check to ensure that we have the economic bases covered. I think, as a guess, that we will have head-fake inflation and a fleeting economic burst. The greater forces are still disinflationary, and those disinflationary forces increase thanks to debts, tax increases, technology and poor demographics in many parts of the developed world.

That said, I will also protect against robust inflation, as I have discussed many times in this column. For real inflation: gold, investing in bitcoin and commodities, resource stocks.

And on the bond front, we can create a bond portfolio that potentially protects against stock-market corrections while a component also reacts positively to inflation and rising rates. We might consider a bond barbell approach. Rebetez echoed the benefits of that barbell option.

Rather than selling my bond ETFs, I am looking to add to those positions in modest fashion.

I don’t know the future.

Recovery cycle to be robust, but very short

Bank of America agrees with the “short burst” theme. They predict some quick and robust economic growth and then a return to “normal.” Intense but short.

Could we all be wrong? The markets will let us know, in good time.

Rogers hooks up with Shaw Communications

We had a bombshell announcement in the telco space as Rogers came calling on Shaw. It  might end up being a successful marriage, but Morningstar Canada suggests that Rogers will pay a steep premium, and pronounces rivals Bell and Telus the big winners.

(That sound you hear is me cracking a smile; full disclosure, I hold Bell and Telus.)

Of course, this is not the first time Rogers’ courtship adventures have been mentioned in this space. In September 2020, Rogers was chasing Cogeco. Instead of offering their hand, Cogeco showed Rogers the hand. No thanks, they said, not for sale.

Obviously, Rogers quickly recovered from the heartbreak and they are stepping up, big time: This is a cash deal that values Shaw at $40.50 per share, 69% above the March 12 closing price. The price is also at a 50% premium to what Morningstar sees as fair value for Shaw. But all things considered, Morningstar feels it is a good deal given the lack of overlap between the companies (by region) and the cost synergies that can be found.

Shaw is known as the fourth player in Canada after Bell, Rogers and Telus, but it represents only about 4% of the telco market. Morningstar does expect there’s a very good chance the deal will make it past regulators.

Rogers is promising to spend billions of dollars on 5G rollout, which is great news for jobs and the economy. The company will then bring broadband to more rural and underserved communities.

On the dividend front, Dolgin suggests Rogers’ dividend will likely stay put and not be under pressure. Shaw will continue to pay their dividend up until the close of the acquisition in early 2002.

The merger is not expected to affect the BCE and Telus dividends.

Morningstar’s top pick in the sector is a surprise to me: BCE, Bell Canada. It is the most undervalued, and Morningstar sees great potential for their wireless and wireline business.

It is expected that Bell will continue to steal market share from Rogers.

Maybe one day my Bell dividends will be large enough to pay my Bell bill.

A guy can dream.

The U.S. Federal reserve says growth and inflation are on the way

The most anticipated event this week was the U.S. Federal Reserve meeting, and then the reading and interpreting of the Fed’s comments.

On Wednesday, March 17, the central bank sharply upgraded its 2021 GDP growth forecast to 6.5%, the largest annual output since 1984. It also expects unemployment to drop. Federal Reserve Chair Jerome Powell added that inflation is forecast to reach 2.4% this year, but suggested it will be a temporary surge. The biggest news was a pledge not to raise interest rates until 2024 and the continuation of an asset purchase program in which the central bank buys at least $120B of bonds per month. That bond-buying can (potentially) keep rates in check.

In our March 8 column, we discussed the bond scare and how one of the greatest risks to stocks, is bonds. At the time of that post, the 10-year U.S. Treasury was at 1.4%. This week it hit 1.74% as inflation fears kick in. When inflation becomes a risk, central banks typically begin to raise rates—and that (by design) can put a damper on the economy and inflation.

Rising rates can be an economic and stock-market party pooper.

So, all eyes are on the Fed. We want to know their take on the economy, and what they might intend to do about inflation fears and rates. The script of central banks around the world is that they see a sweet spot of inflation in the area of 2%. With the tools at their disposal, they attempt to steer their economies into that sweet spot of inflation. It’s the Goldilocks approach or strategy—an economy that is not too hot and not too cold. And the goal of central banks and other government agencies is to create full employment and wage growth.

“We got substance to the Fed’s new, strategic brainwork and reaction function, which was implemented last year. But this was the first time for the Fed to put some real meat on the bones with numbers.”

“Meanwhile, the spread between 10-year inflation-protected and nominal U.S. Treasury yields also closed at multi-year extremes yesterday, suggesting that the bond market wasn’t convinced by the Fed’s view that inflation would be transitory and is adjusting expectations for how hot the central bank will allow inflation to run.”

“The S&P 500 gapped up during yesterday’s Fed press conference to finish the day in positive territory. Futures reversed to give up the gains overnight, as a sell-off in the Treasury markets saw the benchmark 10-year yield visit 1.74% in early trading this morning.”

The Fed walks a fine line, and it is a delicate balancing act. They state they will give inflation some wiggle room (run hotter than 2% annually) in the attempt to enable robust economic growth and a meaningful rebound in employment across all income levels.

Only time will tell if they are successful. Many predict that the inflation burst may be well above that 2.4% area in 2021.

The bond markets might make their own plans and send rates higher. They can tip that balance.