Cogeco insists it isn't for sale, Tesla stock isn't invincible after all, active managers are blowing their chance, and Warren Buffett makes another surprise move. 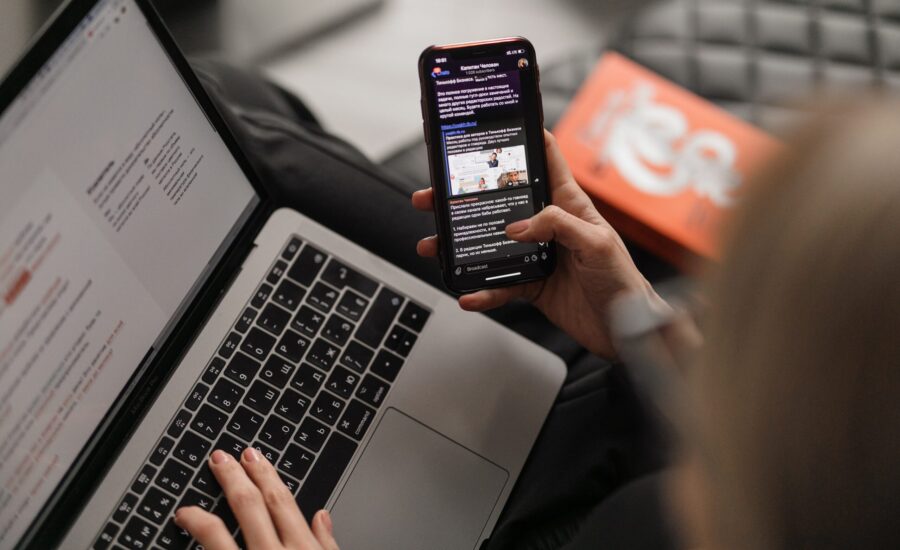 Photo by Maxim Ilyahov on Unsplash

Tesla snubbed by the S&P 500, and now it’s getting hit on all sides

What a difference a week can make.

And now? Tesla’s stock was down nearly 35% from last Tuesday, Sept. 1, to Thursday, Sept. 10. In addition, the electric carmaker also created a massive number of new shares, reducing the percentage of ownership of the company for current shareholders. On Sept. 1, Tesla announced plans to sell up to about $5 billion in new shares. That cut the price of each share by one-fifth. On September 8, Tesla announced it had completed that sale.

The electric carmaker is getting hit on all sides. In addition to the valuation fears, it’s soon to face competition: GM has teamed up with Nikola Corporation with a plan to create electric-powered pickup trucks. Morgan Stanley called the partnership a win for both General Motors and Nikola, joining several investment firms with a positive take on the big announcement.

GM plans to incorporate the Nikola technology into other vehicles

Adding insult to injury, Tesla was not invited to join the S&P 500 index. The company did qualify for inclusion after reaching four consecutive quarters of profitability. But the index committee drove right past Tesla and went for three other companies. That provided another hit to Tesla, as many analysts suggest the expected S&P 500 inclusion was already priced into the stock. (When a stock is a part of the world’s most followed index, that can support the share price; all of the mutual funds and Exchange Traded Funds [ETFs] that track the S&P 500 would have to buy the stock.)

But fear not, shareholders: Tesla share prices are still up almost 700% over the last year.

Cogeco owners declare their shares are not for sale

Canada is dominated by the Big 3 telcos: Bell, Telus and Rogers. But there are other players in the field. And that includes Quebec-based Cogeco, which is being targeted in an unsolicited $10.3 billion takeover bid by Altice—a U.S. company.

Altice has no desire to own the Canadian segment; they only want the U.S. side of the business. The plan is to acquire, and then sell the Canadian assets to Rogers, which is prepared to fork over $3.4 billion to Altice for the Canadian operation. Rogers already owns a significant percentage of Cogeco stock.

But the thing is, Cogeco’s a family-owned business and the Audet family has 82.9% of voting control. In The Globe and Mail, executive chariman Louis Audet proclaimed…

“I want to provide absolute clarity for stakeholders regarding our intentions in response to the recent unsolicited proposal to acquire Cogeco. Our shares are not for sale. And let me be clear, our refusal is not a negotiating position, it is definitive.”

All said, when it comes to business takeovers, it ain’t over until it’s over.

Audet has long promoted the benefits of family-owned businesses. I was surprised to learn there is an index and an ETF that tracks the performance of family-owned businesses. This link includes a chart that shows the family index beating the market in Canada. The family index outperformed the TSX Composite by over 2% annually from 2005 through 2018. More surprises. (Here’s additional info on the ETF from National Bank.)

I learn something new every week.

Canadians are hoarding cash, according to TD Bank

The banks have good sightlines on Canadians’ borrowing and spending and investing patterns, and TD Bank CEO Bharat Masrani made the rounds this past week, delivering very interesting insights on this front.

Most notably, he offered that Canadians are hoarding cash. Americans too. Remember, TD Bank has considerable U.S. operations. In fact, TD has more branch locations in the U.S. (over 1,200) than in Canada. Over that last quarter, retail bank deposits are up 18% in Canada and 24% in the U.S.

In The Globe and Mail, Masrani wondered how soon some of that pent-up spending power might be unleashed into the North American economies.

The answer to that tightening of the wallets might be found in a Nanos/Bloomberg Study. Consumer confidence has rebounded somewhat from the lows in April, but that confidence has now stalled. Canadians are very cautious, and nervous about prospects.

“Canadians are less optimistic about the outlook for the domestic economy, with the share of respondents expecting an improvement falling to 20.9% from 23% a week earlier. That’s the biggest one week drop since July. Some 48% believe the economy will worsen.”

Nik Nanos, chief data scientist at Nanos Research, said in the report: “After a period of improving consumer confidence, the trajectory of the positive trendline is beginning to flatten. There could be a slow down in the COVID-19 economic recovery.”

TD’s Masrani was also on BNN Bloomberg, sharing that he’s very cautious about the economic recovery. And he reminded us that it is all about the virus and the pandemic: “It is a crisis for the ages.”

Consumer spending and confidence may not ramp up until the pandemic is behind us.

But, optimistically, Masrani also suggested in reference to the ballooning savings accounts of Canadians:

“At some point those dollars will be spent.”

Active managers fail to take advantage of the pandemic

But active managers did not seize the day in the pandemic times.

Here’s the headline on ETF Stream:

Underperformance during coronavirus volatility another nail in coffin for active managers

“Active managers failed to deliver in a “once-in-a-decade” opportunity earlier this year in the latest piece of evidence that the majority of stock pickers do not outperform passives after fees.

According to recent research conducted by Morningstar, just half of active stock funds and one-third of active fixed income funds managed to outperform their passive equivalents during the first six months of 2020.”

This period of disruption provided opportunity to active managers. There is greater dispersion—that is, separation between winning stocks and losing stocks. The active managers should be able to clearly spot the opportunities created by this increased dispersion. But once again, talent was not on display in a convincing way.

And, of course, the challenge becomes even greater for higher-fee active funds over longer periods, as fees eat away at returns. Over a 10-year period to end of June 2019 only 23% of active funds bested their passive counterparts.

For a list of lower fee ETF options, have a look at the MoneySense Best ETFs in Canada for 2020.

Buffett buys an IPO in Snowflake

Usually Warren Buffett refers to an IPO as an acronym for “It’s Probably Overpriced.” Ha. Meaning that you’re paying too much for the company. But, recently, Buffett’s Berkshire Hathaway participated in an IPO and purchased 250 million shares in cloud computing high flyer Snowflake.

Buffett buying a high-growth but money-losing tech company? A couple of weeks ago he bought gold stock. We are certainly living in a new normal.