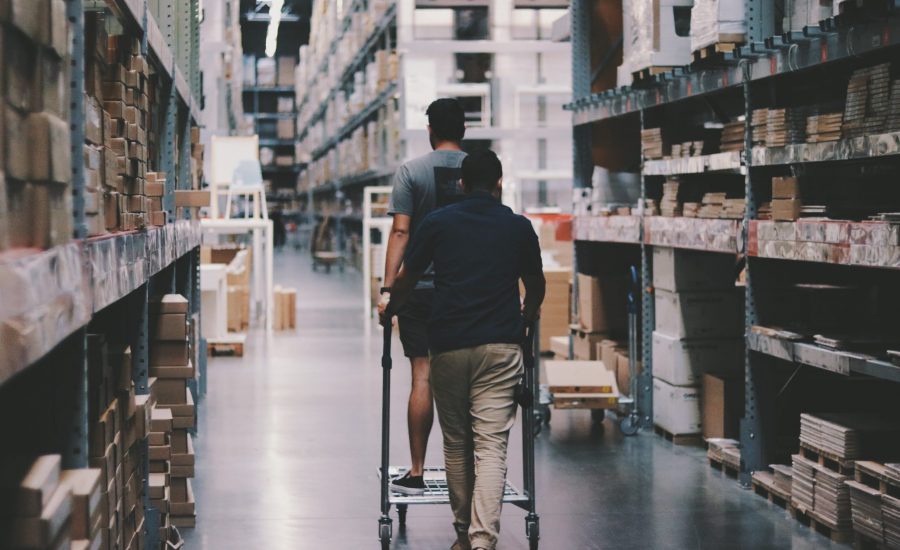 Photo by Alexander Isreb from Pexels

Stocks could fall when the Fed fights inflation

How do the U.S. Federal Reserve and other central banks fight inflation? By increasing rates. And the fear is that inflation-fighting in 2021 will kill stocks.

Let’s back up a bit and look at how that works. As always, one of the greatest threats to stocks is bonds. Higher rates will increase borrowing costs to cool inflation and cool off the economy. By design, the rate increases could put a heavy lid on, or even reverse, economic growth.

In this post on Yahoo! Finance, hedge fund manager Dan Niles suggests that stocks could fall by 10% to 20% when we see those rate increases.

“‘If you’ve got food prices, energy prices, shelter prices moving up as rapidly as they are, the Fed’s not going to have any choice,’ he said, predicting that the Fed could signal the beginning of a move to wind down its monthly $120-billion-a-month pace of asset purchases by this summer. ‘They can say what they want, but this reminds me to some degree of them saying back in 2007 that the subprime crisis was well-contained. Obviously it wasn’t’.”

(That said, as we discovered in last week’s post, higher rates don’t have to follow inflation. After the Second World War, we had robust inflation, but rates were suppressed.)

But are stock losses the only possible outcome of this central bank strategy? This post from BMO offers that while rising rates can cause stocks to fall in the short term, positive gains have more often followed a rising-rate environment.

“On the flipside, CFRA Research, an independent investment research firm, found that in the 16 times the Federal Reserve cut rates since World War II, the stock market was higher six months later 11 times, while it was still higher 12-months later 13 times.”

“If the broader economy is expanding, this thinking goes, higher rates may simply reflect the rising pace of economic activity. Economic expansion has historically been an underpinning of corporate earnings growth, which historically has often been identified as a driver of long-term stock returns.”

This post from Economics Help offers a very good overview on the effects of rising rates. It also suggests that a rising-rate environment contributed to two notable UK recessions.

This tweet and chart courtesy of Lance Roberts and Real Investment Advice looks at the U.S. Fed fund rate versus U.S. stocks from 1982. We can see a rising-rate environment accompanied market corrections in some periods. Aggressive rate increases contributed to the recessions and severe stock market corrections known as the dot-com crash in the early 2000s and the financial crisis that began in 2008.

Roberts offers that many articles or studies only look at short-term stock returns, not how the rate increases play out over the next two or three years, or more.

Here is the tell-all table on rising rates and U.S. stock returns.

Stock market corrections show up, eventually. Some corrections are minor and others are more significant. And, yes, we see that word “recession” appear with regularity. Rising rates more than did the job of cooling off the economy, on more than a few occasions. And, certainly, recessions are the big game changers—and perhaps the greatest risk.

This post shows the returns and inflation in the year following the first rate increase. We can see the distinction between periods of low and moderate-to-high inflation.

We can use short-term bonds and bond ladders to provide greater income over time in a rising-rate environment. We know that long-term bonds (treasuries) will usually show their worth when meaningful stock-market corrections occur. They can go up in price as stocks are getting hit. But, of course, the longer-term bonds will get hit in price as bond rates rise.

In this post we discussed the bond barbell (long and short bonds).

The rate environment is out of our control. What we can control is our asset allocation and our portfolio risk level.

Be prepared—for corrections and recessions alike.

The duopoly of Home Depot and Lowe’s

Readers will know that I love wide moats and oligopolies, so I wanted to devote some space to two U.S.-based home renovation retailers that dominate their space.

We all know Home Depot and Lowe’s, as they have significant operations in Canada and the U.S. Lowe’s also owns and operates the Rona brand.

We own Lowe’s stock in one of my wife’s accounts, and were happy to see their earnings report this week. In fact, both Lowe’s and Home Depot reported this week.

This near-duopoly is on an impressive run. They were 2020 pandemic proof, in the work-from-home and work-on-your-home pandemic economy. And they are turning out to be wonderful economic recovery stocks.

Courtesy of Seeking Alpha, here’s the overview for Lowe’s for the first quarter of 2021:

That is some incredible growth on the revenue and earnings fronts.

And here are the topline numbers for Home Depot for the first quarter of 2021:

They are both very well-run companies that operate in a very profitable space, with plenty of growth. I’d be more than happy to own Home Depot as well.

Investors might bolt on his home-reno tag team if they manage their own stock and ETF portfolios. It’s a simple way to take advantage of the housing boom and our collective fascination with home improvement.

Lowe’s has certainly improved my wife’s and my portfolio returns.

Investors bail on bitcoin and move to other cryptocurrencies

Yes, we are seeing a major correction in bitcoin, which suffered the brunt of the early crypto correction this past week as investors moved funds from bitcoin to other crypto currencies.

The takeaway? Bitcoin is more than volatile, as advertised. And this correction (meltdown) was accelerated by Elon Musk’s tweets.

Musk questioned the volume of energy used in bitcoin mining via computer use, and announced that Tesla will no longer accept bitcoin as payment for their electric vehicles.

China has also announced a ban on the use of cryptocurrencies for financial and payment institutions.

There were other casualties. Ethereum, the second most popular cryptocurrency, fell by 47% into this week, from recent all-time highs. Dogecoin fell by 65%. (You can find cryptocurrency price charts on Coindesk.)

It will not be an easy ride for bitcoin, and we’ll need to prepare for violent volatility on both sides of the coin.

Here’s a post and chart from Visual Capitalist that puts the recent bitcoin correction into context.

I am not surprised at the correction or the volatility. That’s par for the crypto course, as we offered in our bitcoin explainer. I will continue to treat bitcoin as a portfolio asset—and, like other portfolio assets, I will have a target allocation, and I will rebalance on schedule. In my portfolio, bitcoin has slipped below a 5% weighting, so it will get some new money.

It appears Canadian bitcoin and ethereum investors are largely unfazed. Purpose Investments advised me via email that, for May, bitcoin ETF flows are relatively flat to positive, while the ether ETF has seen positive inflows.

Similarly, CI Galaxy reported in an email that they have had days of positive inflows this week for their bitcoin and ether ETFs.

For me, bitcoin is digital gold. I hold it as a potential hedge against inflation, and largely against currency debasement due to surging debts and deficits and borrowing costs.

I continue to hold my gold and commodities. Old gold has had a nice run recently. Perhaps gold also works as a bitcoin hedge.

My portfolio has hardly noticed the bitcoin correction.

And, thanks to the resource boom and very generous stimulus packages, it’s possible the Canadian economy will be operating at full capacity in 2021. As always, COVID will be the wild card, but vaccinations are hitting new levels and COVID cases are falling across most of the country.

Here’s a very good Canadian and global vaccine tracker. It appears that Canada will soon top the U.S. in the percentage of citizens who have received their first dose.

That’s more good news for the economy—and mostly for our health, of course.

However, a strong Canadian dollar creates a potential economic divide in Canada according to this Financial Post article…

“For example, soaring prices for lumber, grain and oil are great for Western Canada, the country’s breadbasket and the source of more than 90% of its crude production. The higher costs, rates and currency that come with it are harder on the manufacturing sector, based in Ontario, and on cities.

One out of every two jobs lost due to the pandemic and still not replaced are in Toronto, Montreal and Vancouver. Low-wage workers, women and youth have been hit hardest. Yet, these regions and groups probably won’t benefit directly from any strong resource-driven recovery.

The strong dollar makes it more of a challenge for the manufacturing sector, as it makes our products more expensive.

“The issue becomes more acute if a commodity boom heats up the economy but exacerbates disparities. A jump in resource prices in Canada creates sharp regional differences in who benefits and who loses.

In this space in 2020, we reported on more than one occasion on how the pandemic targeted those who were already economically challenged and more vulnerable.

On the economic disparity front, it might be déjà vu all over again.