Which Canadian companies have the most protective "moats," how the pandemic has been good for ETFs but not so much for mutual funds, a "not as bad" earnings season in the U.S., and more. 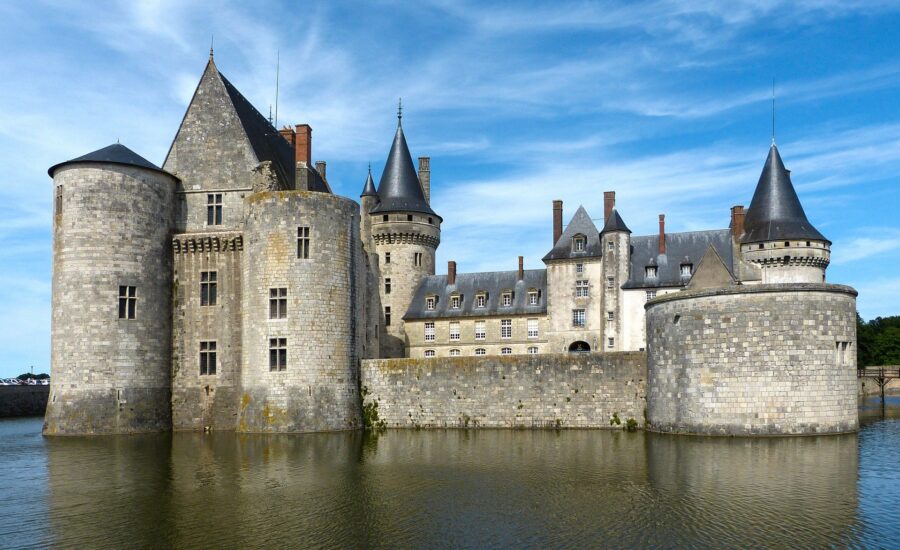 Image by Hans Bischoff from Pixabay

10 moat-y Canadian stocks that are on sale

In investing terminology when a company is described as having a “moat,” that means it has a protective barrier, just as a moat around a castle would provide protection from invaders. A moat means a company has limited or virtually no competition. Depending on the level of moat, there are few, or virtually no companies attacking their revenues or profits.

Morningstar identifies groups of companies with an economic moat and, in the best of conditions, a wide moat. The wide moat group is an exclusive lot, with Royal Bank of Canada, TD Bank, Enbridge, Canadian National Railway and CN Railway making the list.

“Today we decided to look at Canadian stocks that are trading below our fair value estimates and also have an economic moat. 19 stocks made the list. We’ve listed the top 10 or them in the table below.”

On the banking sector and how Morningstar would differentiate the level of moat in the sector, the post notes…

“Royal Bank of Canada and Toronto Dominion are the two largest Canadian banks and they both tend to have the most dominant franchises at home. While their Canadian peers also produce decent returns, the individual franchises are often less strong in comparison. Toronto Dominion and RBC tend to have dominant market share in many categories, including number-one or number-two in share in most key retail banking products, in key commercial banking products, investment banking, and also key exposures to non-bank business such as wealth management.”

Using moats can be a common consideration for investors. I use them myself for my concentrated Canadian stock portfolio. I hold three of those wide moat companies: Royal Bank, TD Bank and Enbridge. I also hold Scotiabank plus a few telcos and another pipeline. So far, I have no dividend cuts in 2020 while I have enjoyed some dividend increases.

From my research, all of the sectors with moats—banking, telcos, pipelines, the major grocery companies and railways—all beat the TSX Composite over the last 20 years. I am still surprised that there is no ETF for this strategy.

If you build your own stock portfolio, or are considering layering in some stocks with your ETF portfolio, you might consider that list from Ruth and Morningstar.

U.S. earnings projected to be “not as bad”

It’s earnings season again. And that means it’s time to read the tea leaves. Earnings reports help us to get a true sense of the economic recovery that is in motion.

Here are some expectations from MarketWatch. The estimates in the following quote are with respect to the total earnings and sales trends for the total of S&P 500 constituents.

“S&P 500 companies’ overall earnings performance is expected to be less bad than the second quarter, when earnings fell the most since the 2008 financial crisis, according to FactSet data. The aggregate blended year-over-year growth estimate for S&P 500 earnings per share, which includes some earnings already reported and the average analyst estimates of coming results, is negative 20.5% as of Friday morning [Oct. 9, 2020], following a 31.4% plunge in the second quarter.

“The third-quarter outlook does stand out a bit, however, as the current estimate of a 20.5% decline compares with the estimate of a 24.4% drop as of June 30.

“Meanwhile, the outlook for sales is much better, with analyst expectations pointing to 3.5% decline overall, following a 9.2% drop in the second quarter.”

While many have been critical of the concentration of big tech companies in the U.S. market (the cap-weighted S&P 500), MarketWatch suggests big tech could lift index earnings to new highs:

“Tech is expected to stay dominant when looking at the whole of the year, however, as Golub highlights that 52% of the S&P 500 by market capitalization is projected to record 2020 earnings per share above 2019 totals, driven by the tech sector’s size and performance.”

In a cap-weighting methodology, the most valuable companies are given the most weight, so they have the greatest effect on the index.

Net-net for the third-quarter U.S, earnings season, things might be a little less bad compared to the second quarter. The economic recovery and prospects for stock earnings continue to improve. And we see that an index such as the cap-weighted S&P 500 was well positioned for the pandemic and new normal. Year-to-date that index is up 8%. Over a one-year period to October 15th, the index is up over 17%.

Patient investors who stayed the course have been rewarded.

These stats say no to a tech bubble

On the concentration in tech, and on the tech sector in general, Nick Maggiulli, the chief operating officer of Ritholtz Wealth Management, says: No, this is not a repeat of the dot-com bubble.

“One big piece of evidence that suggests that we are not repeating the dot-com bubble is the much lower (yes, lower) growth rate of technology stocks compared to the late 1990s. For example, over the past five years the Nasdaq Composite has increased in value by 127%, which pales in comparison to the 456% growth in the Nasdaq during the heyday of the dot-com era.”

“Investors in the late 1990s bid up prices very high, very quickly because they believed in a future where tech companies would dominate the economy and transform productivity and society. I don’t necessarily think these investors were wrong, but they were far too early. Today’s investors have a more reasonable gauge of tech’s role in the economy, and stock prices reflect this rationality.”

While no one knows where the stock markets or any sector will go, I’d have to agree with that last statement. In the 1990s, the rise in tech stocks was built on the hope of future sales. Today’s tech giants are very profitable and offer great growth potential.

The tech rally of 2020 is built much more on reality compared to hope.

The pandemic has accelerated many trends, such as work from home and the reliance on technology for work, and staying in touch with friends and family. And it appears that the new normal has also accelerated the move by investors to passive and active exchange traded funds (ETFs).

BlackRock is the leading provider of ETFs around the globe with an incredible $7.8 trillion in assets under management. They reported earnings this week, offering an incredible beat of earnings and revenue expectations.

For the quarter (three months ending September 2020), BlackRock attracted $129 billion of net inflows, compared with $84.2 billion from one year ago. Revenue of $4.37 billion beat the consensus of $3.89 billion and rose 18% year over year. Quarterly profits of $9.22 per share increased 29% year over year. It is what one might describe as a blowout quarter. And it caught even analysts by surprise.

My excitement for seeing those results is certainly twofold. As a proponent of ETFs for Canadian investors, I’m happy to see the trend accelerate in Canada. And I am also a shareholder in BlackRock.

This is always one of my favourite topics and messages. Low-fee indexing continues to beat higher-fee active management.

From The Globe and Mail:

“In its mid-year report, using one-year data to June 30, 2020, S&P said that 88.4% of Canadian equity mutual funds underperformed the S&P/TSX Composite Index—even as wild swings in the first half of the year provided plenty of opportunity for professional stock-pickers to showcase their skills at dodging losers and finding winners.”

That report stated that the underperformance was the most exaggerated in the Canadian market.

And here is a common investment saying that I like to repeat: Keep it simple and keep it cheap. It’s not a good idea to pay higher fees for lesser performance.