Inflation is hitting differently on either side of the 49th parallel—what does that mean for your investments? Plus, predictions for bitcoin''s continued (major) rise, and more. 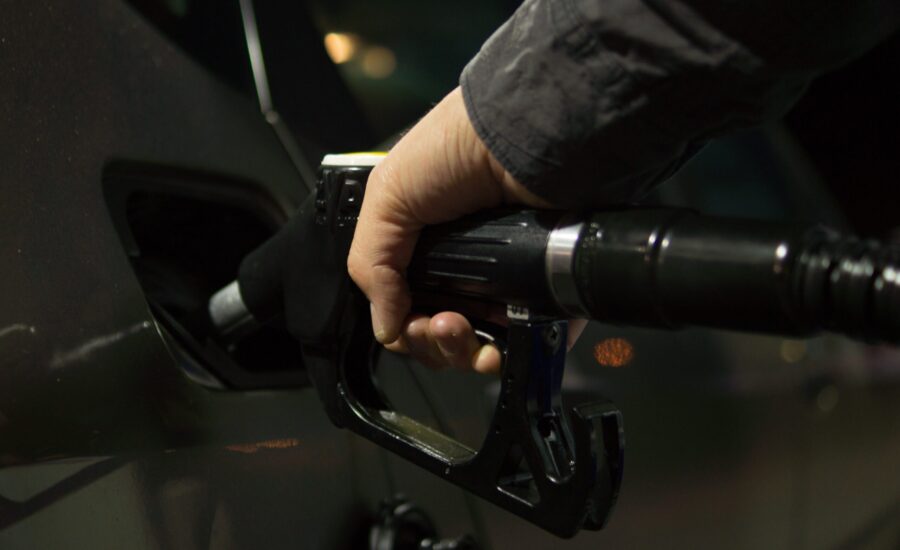 Portfolio managers, professional economists—and armchair economists such as yours truly—are digging through trying to make sense of it all.

Let’s start with inflation data here at home. On Wednesday, Statistics Canada released its consumer price index for August 2021. The annual pace of inflation rose to 3.7% in July, marking the biggest increase since May 2011. August said “hold my beer,” and came up with an annual inflation increase of 4.1%, the highest since 2003.

Now, keep in mind that inflation, or any stat, can appear more meaningful or dire due to base effects. Today’s inflation rate is based on a comparison of where we were one year ago, when numbers were more suppressed due to the pandemic and ongoing restrictions.

That said, the base effect argument might not quite cut the (increasing price of) mustard when you look at the historical CPI on Trading Economics. Hit that 5-year or 10-year tab for charts in which that base effect argument seems to disappear. As well, many will argue that the inflation numbers are “massaged,” and that the rules change constantly. Like, let’s remove most of the expensive stuff from the CPI number.

To get a sense of true inflation, you can start by going shopping and filling up the car on the way. Keep in mind, too, that inflation will hit you differently than your neighbour or your best friend, based on your personal lifestyle and spending patterns.

“Some of the biggest contributors to the jump were the sectors that Bank of Montreal economist Doug Porter noted were in full-on ‘reopening’ mode from COVID-19 shutdowns including air travel, where the price of tickets soared 37.5% and hotel charges increased by 12%. Gasoline prices, meanwhile, were up by 32% compared to last year.”

I think we can agree that inflation is heating up—but is it transitory, or is it looking to stick around a while, and do some damage to our savings accounts and real (inflation-adjusted) investment returns?

The Bank of Canada insists they see this inflation spike as transitory. Many of the issues creating inflation, such as supply chain woes, are temporary, and they will work their way out of the process.

Not everyone agrees, however. As we discussed last week, the world runs on semiconductors/chips, and many feel that the current shortage will last years, not months.

Increased wages also contribute to inflation, and that is a more sticky contributor as it’s difficult to cut wages after they have been increased.

Still, the Bank of Canada has company with many economists in the transitory camp.

“‘Much of the increases over the past year are just making up for weakness early in the pandemic,’ [CIBC economist Royce] Mendes said. ‘With the latest readings still suggesting that much of the recent acceleration is transitory and due to base effects, supply chain shortages and surging reopening demand, central bankers will stick to the script of keeping rates on hold until late next year’.”

At the same time, Bank of Montreal economist Brian Porter acknowledged the potential for inflation to be more sticky and “transitory for longer.”

“…‘rising wage pressures, robust home prices and firm energy costs all suggest that inflation is not about to quickly roll over as these other short-term factors fade,’ he added.”

And, never mind firm energy prices, in an article that is perhaps shocking for many (but not for me), Eric Nuttall, portfolio manager at NinePoint Partners, suggests there is the potential for an energy crisis. We will have increasing demand for oil combined with decreased production in too many areas. That is the energy reality. Readers will know I am hedged with exposure to the energy producers’ index ETF—ticker XEG.

In the Financial Times, finance prof and advisor Mohamed El-Erian sees the possibility of stagflationary winds as some reversible factors are accompanied by supply side troubles that could last for one to two years, if not more. For example, transportation costs for goods have risen seven to 10 times in the past year.

South of the border, CPI data showed a slowing rate of inflation and numbers that came in below expectations. What?

“Prices for an array of consumer goods rose less than expected in August in a sign that inflation may be starting to cool, the Labor Department reported Tuesday.

“The consumer price index, which measures a basket of common products as well as various energy goods, increased 5.3% from a year earlier and 0.3% from July. A month ago, prices rose 0.5% from June.

“Economists surveyed by Dow Jones had been expecting a 5.4% annual rise and 0.4% on the month.”

The U.S. recently offered some soft job numbers, as well. In last week’s post we wondered if the bad news (or soft news) might be good news. The Fed might hold off on tapering (bond-buying to suppress rates) and ease off on any rate increases that are known to cool the economy and even cause recessions.

This Reuters post discusses U.S. inflation coming off the boil…

“‘Inflation remains troublingly strong, even if it is not exploding like it did earlier in the year,’ said James McCann, deputy chief economist at Aberdeen Standard Investments in Boston. ‘If we continue to see further step-downs in inflation over the next six months, that should ease the pressure on the Fed to quickly follow tapering with interest rate rises’.”

The Bank of Canada is likely to lead on increasing overnight rates.

That said, we can prepare for all of the above with a well balanced portfolio and a solid financial plan.

Read on to learn how to protect your portfolio and wealth from inflation.

Commodities: the most potent and reliable inflation hedge

It’s well known what has worked historically to fend off inflation and stagflation.

Often gold will get the nod as inflation-fighter supremo, but it has a spotty record.

This post and study (based on larger papers) from Vanguard demonstrates that a basket of commodities is the most potent and reliable inflation hedge.

And you’ll see from the post that while we might also use inflation-adjusted bonds (they deliver a rate plus a top-up to cover inflation), the commodities basket is seven to nine times more effective historically.

And many will advertise stocks as the greatest inflation hedge, but that’s simply not true. Stocks have failed in many environments and periods, especially during stagflation.

I covered how to protect your portfolio from inflation on my site and included some thoughts on that Vanguard post. You’ll see that stagflation report and some charts comparing gold versus commodities versus REITs as they take on stagflation and inflation in the more recent decades. Earlier on MoneySense, Jonathan Chevreau looked at ways you might adjust your retirement investing and plans to accommodate inflation.

MoneySense contributor and Certified Financial Planner Alexandra Macqueen offered further that annuity or tontine-like holdings might be crucial to enable a successful retirement.

Certainly, investors with a very long runway in the accumulation stage might decide to ignore inflation risks. After all, stocks have historically bested inflation over periods of many decades. But if you’re in retirement or nearing retirement unexpected inflation is a concern. The risk is much different in decumulation versus accumulation.

The articles mentioned above will help you prepare if you decide to hedge against inflation.

And while inflation is stealing all of the headlines these days, we should not forget the potential for deflation, or the impact of longer periods of recessions. Long-term economic growth is not a given. It might be a good bet, but it’s not a given.

For the retiree, an aggressive stock-heavy portfolio would be vulnerable. A healthy bond component historically would help the cause. You’ll find that range of risk and stock-to-bond allocations in the balanced offerings of the best all-in-one asset allocation ETFs for 2021.

Here’s a simple primer on being ready for anything, by way of the permanent portfolio.

The calls of Cathie Wood

And speaking of getting some press, Cathie Wood is never shy in that regard. Wood is the CEO of ARK Investment Management.

On the Wood phenomenon, the Irrelevant Investor blog offers…

“The best way to convince somebody to give you money is to tell them a compelling story. The next best way is to be right. Combine the two, and amazing things can happen.”

Yes, amazing things have happened for Wood and her very aggressive ARK funds. She is a trendspotter, and she is known to go all-in on opinion, and to put her money where her mouth is.

“Tesla’s 740% gain in 2020 was clearly a tailwind for ARKK. But it’s not just Tesla, which is a 10% position. The fund also has large holdings in the following stocks:

“Check the charts. They’re all going vertical. Was this luck as well?”

And here are the latest calls from Wood, which include a prediction that bitcoin will go to $500,000 or more. From that Seeking Alpha post…

“Wood based her $500,000+ prediction on the assumption that institutional investors will start increasing their holdings of bitcoin and other cryptocurrencies.

“Wood said she expected corporations to eventually diversify some of their cash holdings into crypto as well.”

You won’t be surprised to read that I am in agreement with those calls. (And here’s why you might invest in bitcoin.) The ongoing adoption and acceptance is continuing. But of course, bitcoin should always be understood as a very volatile asset that will make some enemies along the way.

On the economy, Wood suggests that we could enter a deflationary environment.

“As to her view on inflation, Wood suggested that the recent explosion in inflation expectations has come about because of near-term supply constraints caused by the reopening of the global economy following the COVID crisis.”

Longer-term, she expects prices to decline.

“‘When all is said and done, and the dust clears from the supply chain problems and everything, we’re probably in a highly deflationary world,’ she said. In the near term, Wood expects the market to be ‘incredibly confusing.’ She attributed this confusion to the tension between the long-term deflationary trend and the near-term spike in inflation.”

Hmmm? Got bonds and gold? 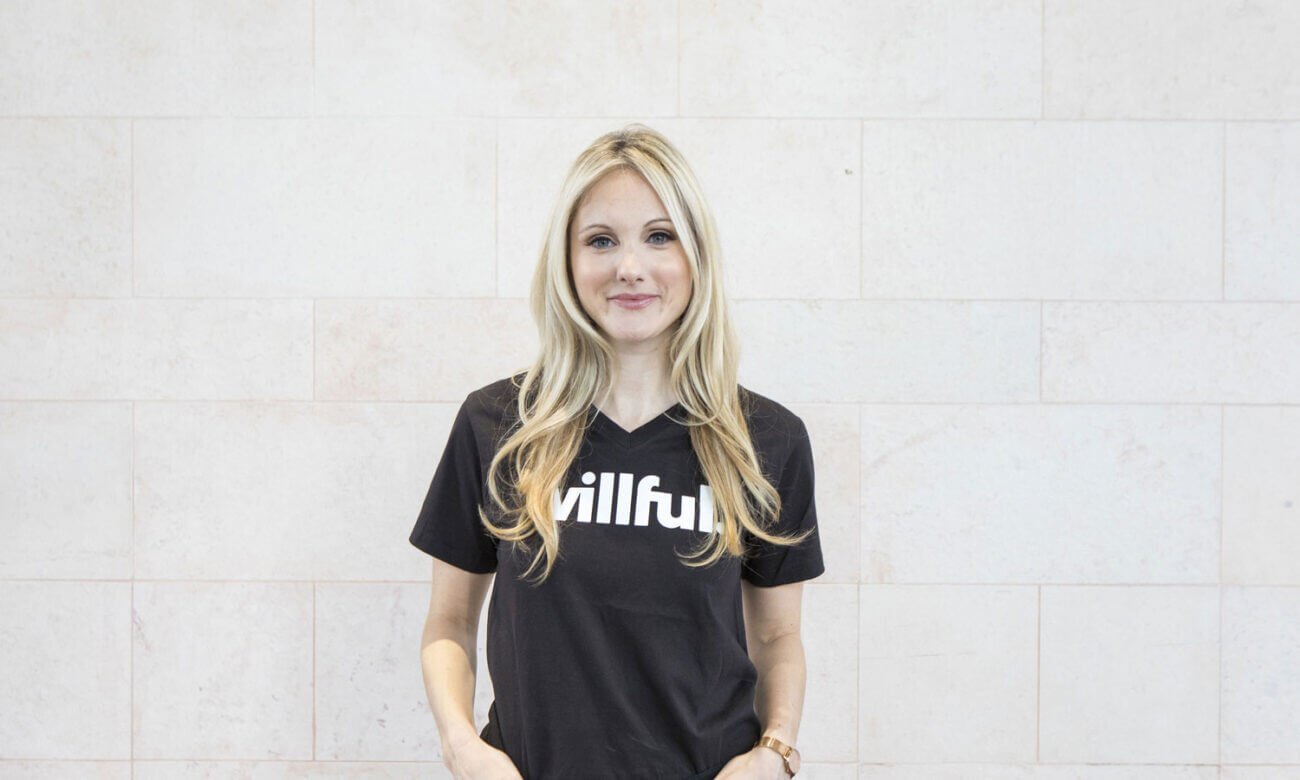 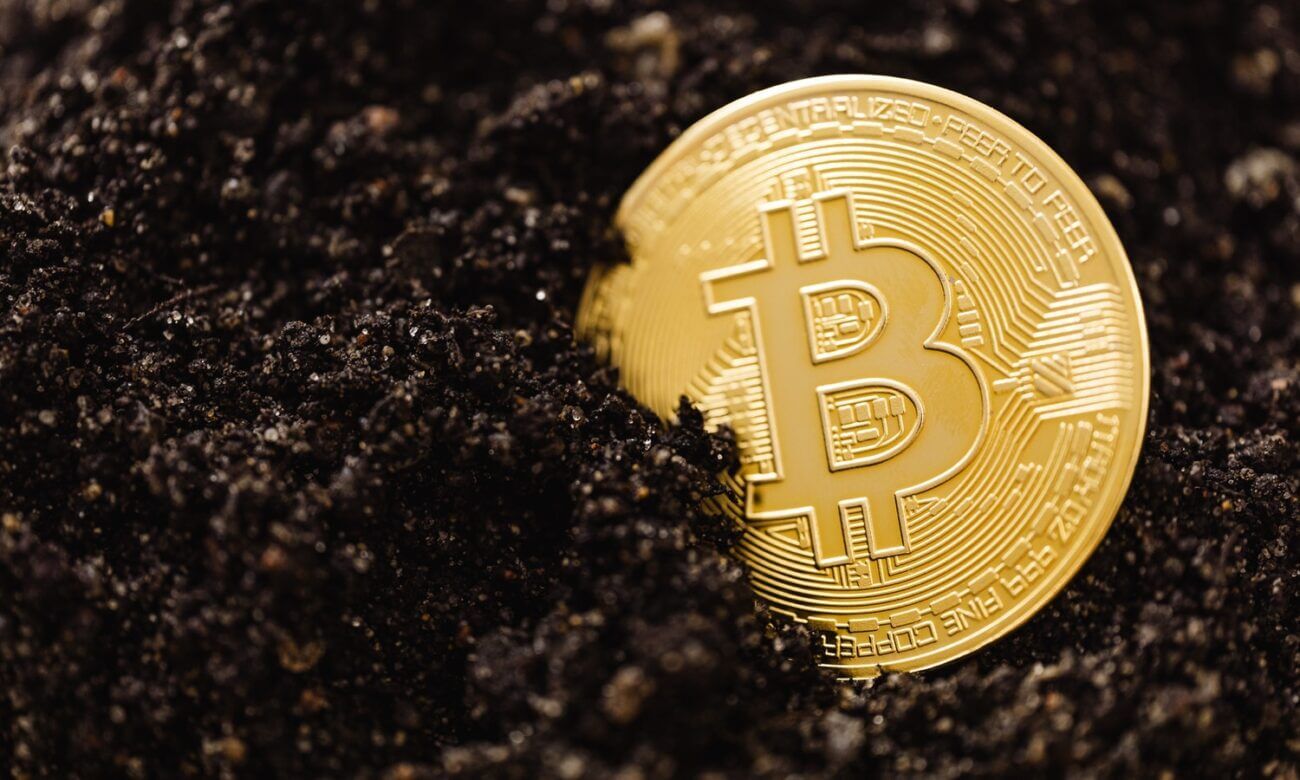 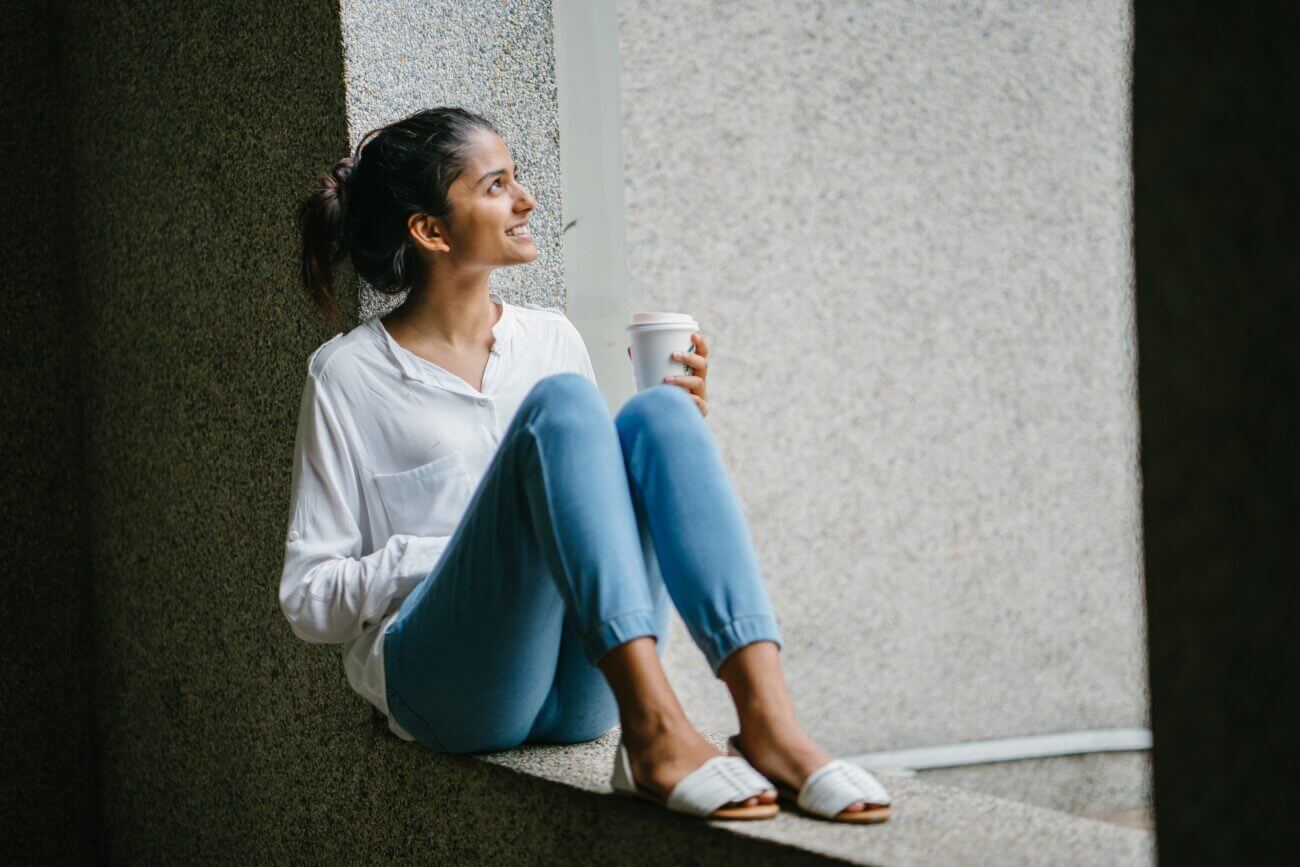 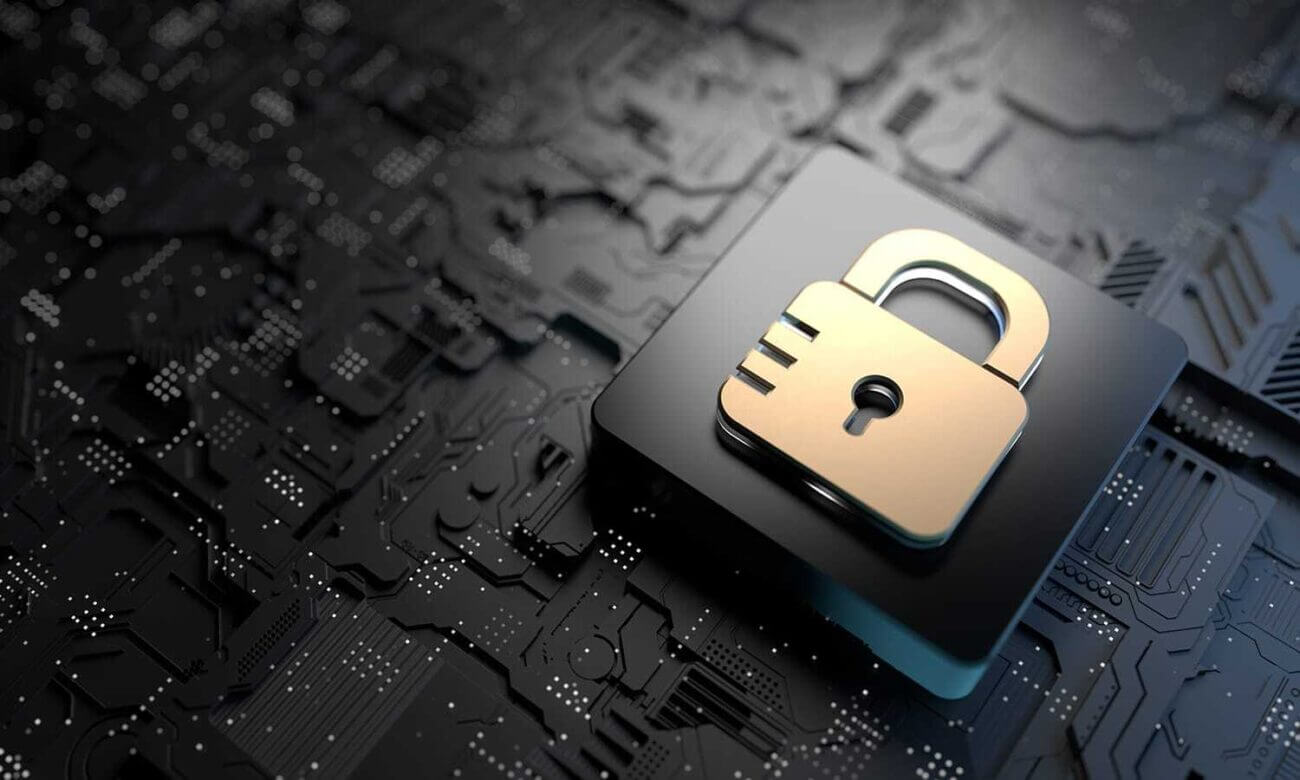