Investors don't have to wait for Canada to bury trailers - MoneySense 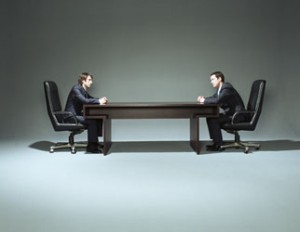 Sparks flew during a panel discussion at a recent meeting of the Ontario Securities Commission when the topic of eliminating mutual fund trailing commissions was tossed onto the debate table. It’s hardly a novel talking point, as an overhaul of Canada’s mutual fund fees has been long overdue. But not surprisingly, there is fierce division over making radical changes to Canada’s current mutual fund fee structure.

What’s at stake? For starters, boatloads of money. Numerous published research studies already show that Canadians, on average, have the highest mutual fund fees in the world—our annual management expense ratios (MERs) range between 2% to 3%. Most of that cost covers investment management and operating expenses for funds, while about 1% goes to advisers in exchange for ongoing service in the form of trailing commissions (also commonly known as a “trailers”). The latest statistics provided by the Canadian Securities Administrators (CSA) showed that in 2011 mutual fund investors paid $4.6 billion in trailing commissions to advisers and their firms, representing 34% of total revenue from MERs for that year.

One of the arguments you’ll hear in favour of trailers is that investors, of course, are receiving valuable advice from their advisers. While that could be true (also keeping in mind that dispensing advice shouldn’t merely constitute setting asset allocations and buying funds on behalf of a client), it’s entirely simplistic and convenient to solely frame it that way. For starters, these trailers are embedded within the MER, meaning most mutual fund investors probably aren’t even aware of the arrangement. Don’t get me wrong, advisers deserve to get paid. But don’t investors deserve to have the nature of that payment explained to them explicitly before any funds are purchased? (As it stands, advisers in Canada aren’t required to bring this up unless you ask, and arguably many mutual investors aren’t even aware that advisers’ advice isn’t free.)

The CSA is certainly pursuing a new path. The organization to date has been pushing for regulatory changes that would improve transparency of fund fees for investors, but now the issue of ending trailer fees altogether is on their radar. Why wouldn’t it be, as other major countries have already adopted fundamental changes designed to protect mutual fund investors. Leading the way are the United Kingdom and Australia, which have banned adviser commissions set by financial product providers or embedded in financial products.

Bear in mind, too, that it’s not just the hidden cost of embedded commissions that makes Canada’s current fee structure system so ripe for criticism. Embedded or not, commissioned advice by its very nature constitutes an inherent conflict of interest. Ken Kivenko, of the Small Investor Protection Association, is no shrinking violet when it comes to airing his grievances about this issue. “Trailer commissions create the perfect misalignment of advisers incentives with investors’ best interests,” he writes on his website CanadianFundWatch.com.

Kivenko draws a colourful analogy between what he calls “adviser misbehaviour” and fast food servers who try to super-size your meal order. In the case of cashiers who pressure you to order fries or a larger beverage, they’re basically encouraging you to do something that lines their cash register with more of your money at the cost of your health. Likewise, Kivenko says, advisers work within a system that encourages them to sell you the most expense mutual fund products on the market because they’ll get a larger commission fee in return; in short, compensation drives advice, and investors are getting short-changed and their portfolios are suffering as a result.

Forget any arguments you may hear about funds with higher fees providing better results. It’s not true. In a recent report, Morningstar director of research Russel Kinnel was explicit on this point: “In every single time period and data point tested, low-cost funds beat high-cost funds.” Basically, higher fees just eat away more of your savings.

The Investment Funds Institute of Canada (IFIC), the voice of Canada’s investment funds industry, doesn’t want to see trailers done away with. Their chief argument in favour of keeping them is that people with smaller accounts would otherwise not have access to the professional services of a fee-based adviser. Advocis, the Financial Advisers Association of Canada, has touted a similar line, saying we would have a huge number of Canadians that would not be receiving the financial advice they need if trailers suddenly disappeared.

There’s certainly no arguing that lots of retail investors are getting financial advice these days and that the vast majority of that advice is paid for through commissions that are embedded in the cost of products. At the end of 2011, according to the CSA, the mutual fund industry managed $762 billion in assets on behalf of Canada, accounting for 73.8% of all Canadian investment fund industry assets under management. Of these mutual fund assets, 91% were acquired and held by investors through advisers, and over 80% of mutual fund investors said their last purchase was made through an adviser.

Like the Small Investor Protection Association, Paul Bates, chair of the Ontario Securities Commission’s Investor Advisory Panel, wants to see trailers banned. To critics who say the mutual fund industry would be devastated by changes to the embedded fee structure, Bates confidently asserts that entrepreneurs will simply fill in any gap in the market.

As it stands, though, Canadians already have lots of options for buying commission-free mutual funds—either as a DIY investor, or through low-fee mutual fund companies like Steadyhand or Mawer (to name but a couple). Retail investors have choices, and even if the industry is slow or unwilling to change, an educated investor can avoid trailers and keep more of their returns.