With more than 40 million Americans and more than 3 million Canadians out of work, consumer spending will be weak for months, if not years, causing many retailers to go out of business. 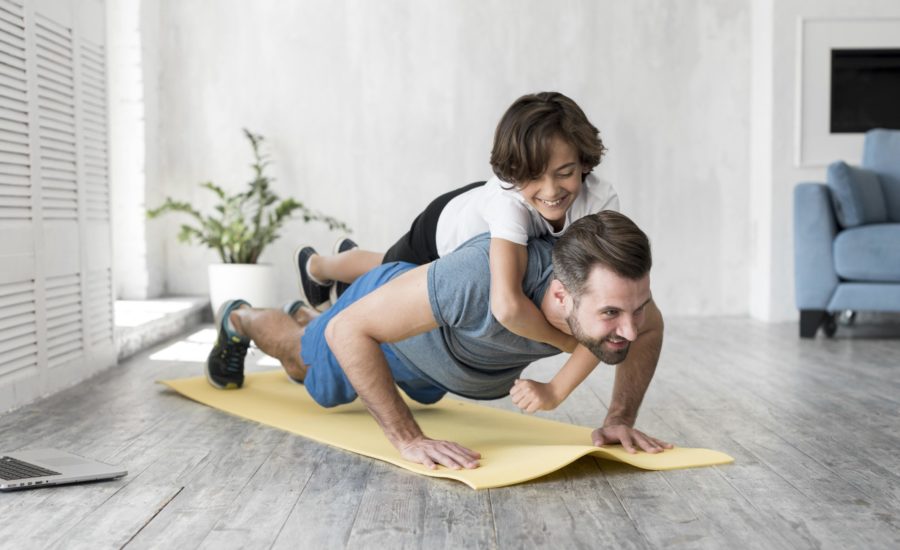 Reitmans. JCPenney. Pier 1. True Religion. J.Crew. Neiman Marcus. These are just a few of the retailers that have filed for bankruptcy in 2020—and could become names no one mentions again. Everyone knows that retail has been ravaged by COVID-19, but it’s still wild to see how many big brands have fallen apart. The destruction will only continue: With more than 40 million Americans and more than 3 million Canadians out of work, consumer spending will be weak for months, if not years, causing many more retailers to go out of business.

If you’re a diversified investor, there’s a good chance you own a retail stock or two. Maybe you bought Gap Inc. stocks years ago after going on a khaki-pants-and-white t-shirt shopping spree, or perhaps you purchased Macy’s in 2016, thinking the venerable department store would truly turn itself around. Yoga lovers surely have some Lululemon in their portfolio. Not a stock picker? Then your funds likely have some retail names hiding amongst the Apples and Facebooks.

At one time, many of these now-struggling companies were solid investments. People went into stores, they had money to spend and companies were expanding. In the 1990s, the Gap’s stock price exploded, climbing by more than 2,000%. Abercrombie and Fitch’s share price rose by more than 700% between 2000 and 2011. American Eagle hit its price peak in 2007, and Macy’s investors had a couple of great runs over the years, though its chart now looks like a British Columbian mountain range with all of its peaks and valleys.

It’s easy to blame Amazon (and, now, COVID-19) for the sector’s ills, but that lets bad managers off the hook. While it’s true Amazon is eating into everyone’s market share, many of the hardest hit operations expanded too quickly, they took on too much debt, they didn’t invest in e-commerce and their product lineup never changed (Sears, anyone?). Everyone has heard of JCPenney, but did you know it has an estimated $3.7 billion in debt? Neiman Marcus was also hamstrung by a huge debt—it owed $5.1 billion before filing for bankruptcy, while prior struggles forced it to pull back on its 2017 IPO.

Things will get worse for a lot of companies, but not every retailer is struggling. In fact, some were doing well before COVID-19 and will continue to thrive after. Lululemon was flying high before the lockdown, with its stock price rising by nearly 300% between February 2015 and 2020. It did fall hard in March, as did all stocks, but it’s now up 113% since March 18, thanks to high demand for comfy (and, for some, exercise-appropriate) quarantine clothing. Nike has also done well, climbing by close to 95% over the last five years and 57% since March 23. “There’s a two-tiered market in retail,” says Juliette John, founder and portfolio manager of Calgary’s Iris Asset Management. “You see huge gains in companies like Walmart, Amazon, Lululemon and Nike, and we’ve seen companies like Coles, Gap and Macy’s close to 52-week lows.”

While Lululemon and Nike’s recent gains may have something to do with people wanting sweatpants over suits, these businesses, and others like them, have done well because people want what they, specifically, are selling, according to John. “The companies that are fresher and have more of an e-commerce focus and are omnichannel are doing well,” she says. “But most importantly, it’s the fact that companies need to have strong brands and brand loyalty. That’s really been the differentiator in retail.”

Of course, there are non-clothing retailers in the sector, and for them it’s the same story. Home Depot has done relatively well over the last several years—and it’s up 63% since March 20—in part because of its strong brand. Most people aren’t buying plywood off Amazon, either. Best Buy, which was nearly killed off by Amazon, went through a miraculous reinvention—it now fancies itself as more of a showroom where people can check out electronics and then buy them on its robust e-commerce store—and is, once again, one of the go-to retailers for TVs and computers. Its stock price is up 670% since hitting rock bottom in 2012.

Think twice about retail, for now

So what should you do if you have an underperforming retail company in your portfolio? With consumer spending likely remaining low for a long time, and with the people who haven’t shopped online before now more used to buying over the Internet, it’s hard to make a case for owning one of these businesses. “If the objective is for benchmark-level returns or downside protection, then we’d consider shifting exposures because there are going to continue to be challenges in the sector,” John says.

At the same time, many of the retailers that have been doing well—and that includes a new breed of online-only stores, such as Etsy and Stitch Fix—are too expensive for John’s liking. “They’re fully valued,” she says. “So, we’d be staying away from those right now, and with the more traditional broad-based retailers having weaker prospects, we’d stay away from those, too.”

The story here is not that retail is dead and that we’ll be buying everything off Amazon in the future. It’s that good brands with good managers and that sell things people really want and can’t get easily elsewhere will continue doing well, while those who sell the same-old same-old will struggle. While the investment opportunities may not be obvious right now, if the brand names do take a dip then you may want to consider buying in. People still need stuff and once the pandemic passes, they’ll buy again.

In a recent speech, Matt Quinlan, vice-president and portfolio manager at Franklin Equity Group expressed optimism that retail, or at least some parts of it, will rise again. “If we can get on the other side of this, there’s going to be some pent-up demand within consumers,” he says. “With consumer spending making up 70% or so of the economy, there’s going to be a lot of interesting opportunities as people re-emerge from their homes.”