Other than a 22-day stock market decline in late February and early March where equities fell by 34%, stocks have barely reacted to COVID-19. Since March 23, the S&P 500 has climbed by an incredible 40%—the fastest 50-day rally in history. What’s driving investors' decisions? 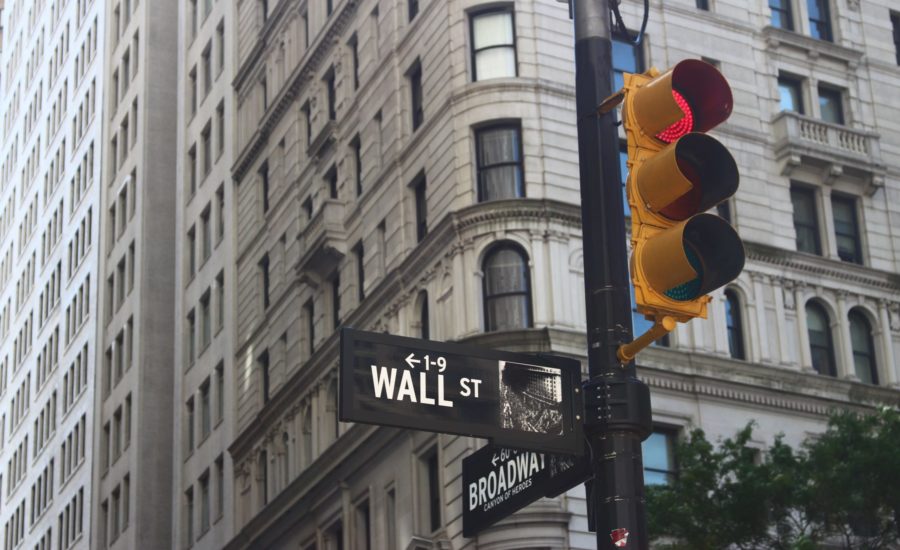 Photo by Roberto Júnior on Unsplash

Over the last four years, it has become increasingly clear that stock market investors don’t care at all about what’s going on in the world.

Right now, America, the world’s largest economy, is entirely devoid of leadership. You would think that having a president who brushes off a brutal pandemic, asks the military to potentially suppress peaceful protests and does nothing to address the week-long beatings of demonstrators and journalists in what’s supposed to be the world’s most democractic country would cause stocks to fall, at least a bit. Nope. Since May 25, the day George Floyd died, the S&P 500 has climbed by 4.3%.

Other than what may soon be considered a blip in a decade-long bull run—a 22-day stock market decline in late February and early March where equities fell by 34%—stocks have barely reacted to COVID-19’s devastation. On March 23, the U.S. reported 43,600 novel coronavirus cases and 500 deaths. Now, more than 1.8 million Americans have been infected, nearly 108,000 people have died and more than 40 million workers are without a job. Yet, since March 23, the S&P 500 has climbed by an incredible 40%—it’s the fastest 50-day rally in history.

While you might say that deaths, whether at the hands of the police or a virus, don’t have much of an impact on the overall economy (aside from a short-lived lockdown), the market’s don’t-give-a-crap attitude has been going on for a long time. It’s hard to remember now, but the U.S. was engaged in a full-out economic trade war with China in 2019, which was expected to reduce the average American family’s real income by $1,277 this year. (It’s likely down more with all the layoffs.) Yet, in 2019, the S&P 500 climbed by 30%.

Then there’s the constant online bullying, the anti-Semetic retweets, the “very fine people on both sides” appeasement and an impeachment trial—any one of these things, you’d think, would be enough to sink stocks, yet the S&P 500 is up 50% since November 4, 2016. It’s easy to pick on America, because where U.S. stocks go, so, too, for the most part, go all the rest. But a consolidation of presidential power in China; the possible end of democracy in Hong Kong, which is a major global financial centre; Britain’s exit from the E.U.; brutal killings in Syria; and threats of nuclear war from North Korea haven’t caused the market any real concern.

Of course, no one really wants their stocks to fall and a lot of people are a lot happier about their portfolios today than they were in early March, but let’s do away with the notion that the market hates uncertainty. It also doesn’t care which president is in power or if there’s social unrest or really about anything at all, besides companies making money—and it’s not clear whether investors care much about that either. (See Uber, Lyft, Airbnb, Amazon and so many other high-flying but unprofitable, or barely profitable, companies. Shopify, Canada’s largest company by market capitalization, announced a net loss of $31.4 million in Q1.)

The market rising is difficult for a lot of people to understand in part because they think that stock prices should be a reflection of what’s going on in the world. Jim Cramer, on Monday’s Mad Money, said it well: “(People) want the market to be part of the debate. They want it to play a constructive role in the dialogue over racial equality, or at least they want it to go down for the troubled times we’re living through, but that’s not how it works… At the end of the day the market has no conscience. Investors are simply trying to make money…and right or wrong, thoughtless or cerebral, it’s worth exploiting.”

Of course, there are plenty of people who are happy that the market doesn’t react to these world-changing events and perhaps one reason why we haven’t seen bigger losses is that retail investors have finally figured out, after years of financial education, that it’s better to stay in the market than to sell everything in a panic. And maybe in our current capitalist system the market shouldn’t care anyway, but let’s at least stop thinking it will.

At some point, the market might grow more of a heart. An increasing number of people are interested in investing in companies that share their values, promote safe workplace practices and have more gender and racial equality in the boardroom. They’re realizing companies that care about the environment, social issues and good governance are often more profitable than ones that don’t. Many big-name executives are taking a stand against pure profitability, with the Business Roundtable, an organization made up of some of the world’s leading CEOs, saying that a company’s focus should be on more than just shareholders, but also on customers, employees and communities.

But until the majority of retail investors, pension funds and algorithms (which will never have much of a conscience) invest in the companies that they think are doing good in the world—or are associated with governments or systems that are bringing people together—and move money out of the ones that aren’t, the markets will continue doing whatever it is they want to do, regardless of what’s happening around it.